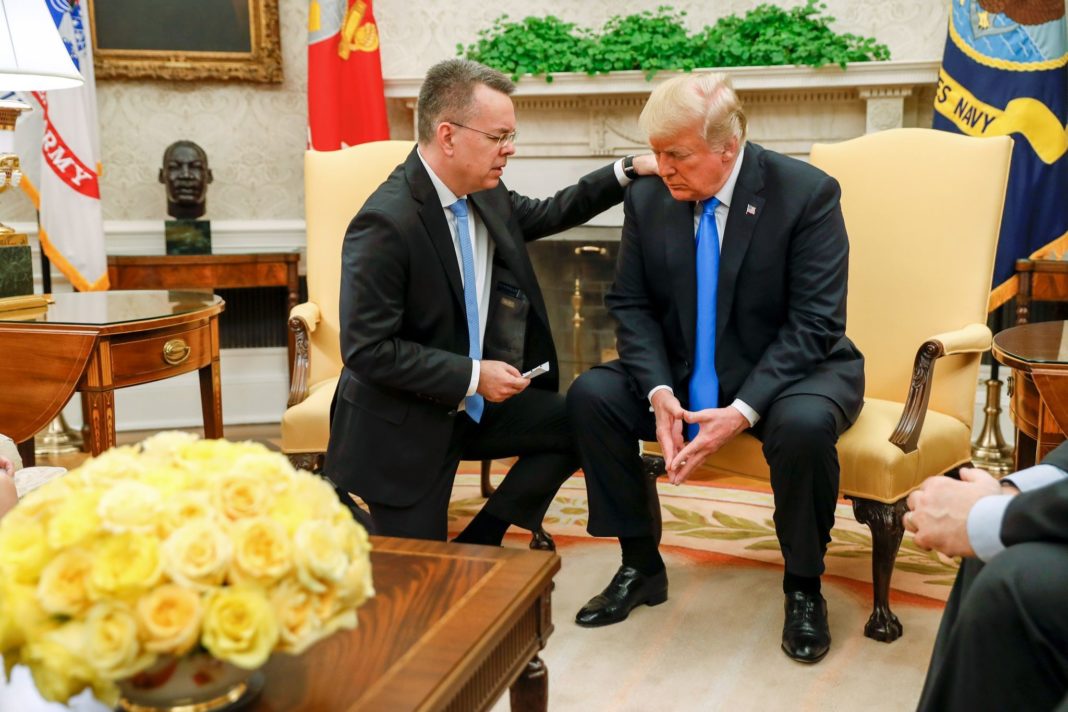 Pastor Andrew Brunson returned to the United States Saturday after two years of imprisonment and detention in Turkey.

“From a Turkish prison to the White House in 24 hours. That’s not bad,” said President Trump.

Brunson prayed for the commander-in-chief in the Oval Office saying, “I ask that you give him strength. I ask you to protect him.. make him a great blessing to this country and fill him with your wisdom and strength.”

“We pray for you often as a family, my wife and I pray for you,” the pastor told the president.

On Friday, a Turkish court upheld its terrorism conviction of the Christian pastor but sentenced him to time served, allowing him to leave.

Pastor Brunson was arrested and detained in Turkey since 2016.

Turkey accused Brunson of participating in a 2016 coup to overthrow the government of Turkish President Recep Tayyip Erdogan.

Brunson was facing up to 35 years in prison if convicted if convicted of espionage, but those charges were dropped Friday.

In an effort to get him released, the White House imposed economic sanctions in Turkey.

“We are so grateful to so many people in Congress who stood with us, prayed with us and fought with us,” Brunson said.

President Trump said the US did not give up anything in return for the evangelical minister’s release and pushed back on reports he agreed to lift sanctions.

There was NO DEAL made with Turkey for the release and return of Pastor Andrew Brunson. I don’t make deals for hostages. There was, however, great appreciation on behalf of the United States, which will lead to good, perhaps great, relations between the United States & Turkey!

Two reasons many of us who are evangelical Christians support President Trump is his support of religious freedom &his commitment to a conservative Supreme Court. This week we’ve seen 2 exceptional examples in the release of Pastor Brunson and the investiture of Judge Kavanaugh

Watch below as Pastor Andrew Brunson prays for President Trump.