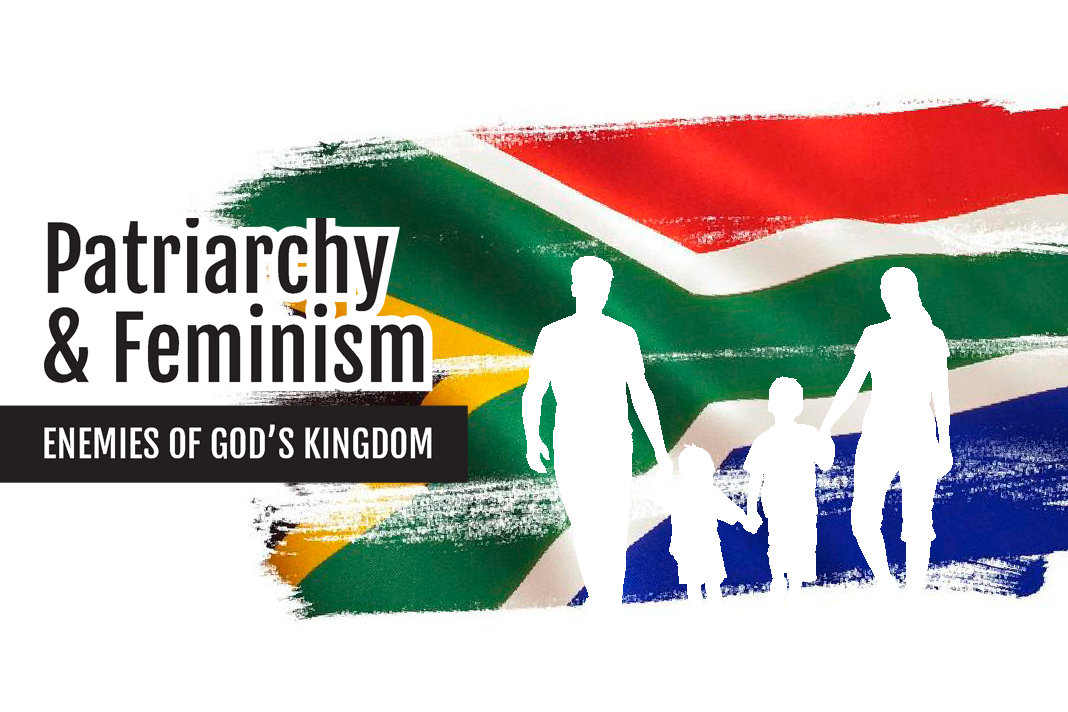 August is women’s month, a month where we traditionally celebrate and remember the four courageous women who led a march to Union buildings and challenged the Dompas Apartheid Law (August 9th, 1956). It was a defining moment for South Africa and beyond. It was not the first, nor would it be the last time that God would use a woman to change the trajectory of a nation. The Bible clearly articulates narratives of Deborah and Jael, two women used in battle to take out the pesky Sisera who was reigning terror in the land. Queens Esther and Abigail are also examples of how God used women to change the course of a nation. God has always used women and will continue to use them for His glory and Kingdom purposes and agenda.

South Africa, with its millions of fatherless children, is in desperate need of fathers.

What are we celebrating in women’s month?
One would think that there would be much to celebrate after 28 years of independence and the progress that has been made. However, South Africa still ranks as the “rape capital” of the world. Every year we dedicate a month to celebrating and recognising women, and every year we see unchanged rape and gender-based violence (GBV) statistics. Sadly, the same level of GBV is found within the Body of Christ and the Church. We need to stop only celebrating women for a specified period, and rather learn to celebrate them in truth and in spirit, and find sustainable solutions to GBV and the oppression of women.

What is patriarchy?
Patriarchy is defined as “a system of society or government in which men hold the power and women are largely excluded from it” – Dictionary.com. Where patriarchy prevails, women are not only excluded from participating in society, they are also demeaned, undermined, abused, and oppressed. Patriarchy is the evil twin of feminism. Feminism, although defined as ‘women empowerment’, has a much more sinister agenda of provoking rebellion and causing division within the family. Ungodly traditions and culture usually drive patriarchal views. Interestingly enough, some patriarchal views are reinforced by women themselves in the raising up of male children. How we socialise, teach, train, and educate our male children will determine whether they grow into loving and protective fatherhood roles or oppressive and abusive patriarchal roles. Let us teach our children appropriately in line with Proverbs 22:6!

Both patriarchy and feminism are enemies of the family unit.

Feminism is just as bad as patriarchy
The family is the primary foundational unit that God has put in place to function together for Kingdom purpose. Both patriarchy and feminism are enemies of the family unit. Although promoted as “gender equality”, many of the founders and proponents of feminism were mostly wounded embittered women who wanted to see men humiliated and degraded. They were also the main advocates of the abortion movement, which declares a woman’s right over her body to be superior over an innocent and vulnerable baby’s right to be born. Both patriarchy and feminism have an inherent hatred and hostility towards the other gender and desire to see the other gender being humiliated.

Fatherhood or patriarchy?
The restoration of families and fathers is critical to the healing of the nation. The GBV issues that are currently facing us will only end once fathers, not patriarchal men, are heading up households. Fatherhood is a very important biblical concept and must never be confused with patriarchy. South Africa, with its millions of fatherless children, is in desperate need of fathers.

What is truly needed?
In January 2022, President Cyril Ramaphosa signed new legislation aimed at strengthening efforts to end gender-based violence. Changing the laws can have a very limited impact. What is truly needed is a change of hearts and a change of minds. Only the Church, through God and the application of His Word, can bring change to a generation of men who may have been negatively influenced by patriarchal values and principles. Once fathers are equipped and take their rightful place in the family as providers and protectors – not only to their children but also to their wives – South Africa will fulfil her kingdom agenda in Yeshua Hamashiach.

Fatherhood is a biblical concept and must never be confused with patriarchy.

Reconciliation of the genders
Neither patriarchy nor feminism is the answer to our societal challenges. The Bible says that both male and female were created in His image, blessed and given a mandate. The correct biblical and kingdom approach is for there to be a reconciliation of both the male and female genders, where no gender is promoted or empowered over the other.

Men on Track
For many years, I have been privileged to be acquainted with an amazing movement known as “Men on Track,” which brings men together regularly for fellowship, encouragement, and mentoring. The movement is currently active in
seven of the nine South African provinces. For more information on this, please contact Bishop Tumo Isaac Mthimkulu (menontracksa@gmail.com).

Date published: 31/01/2022
DR Pearl Kupe – attorney and consultant to world leaders / international organisations. She is the international president of the Global Forum for Women Entrepreneurs. Email pearl.kupe@gmail.com or visit pearlkupe.co.za