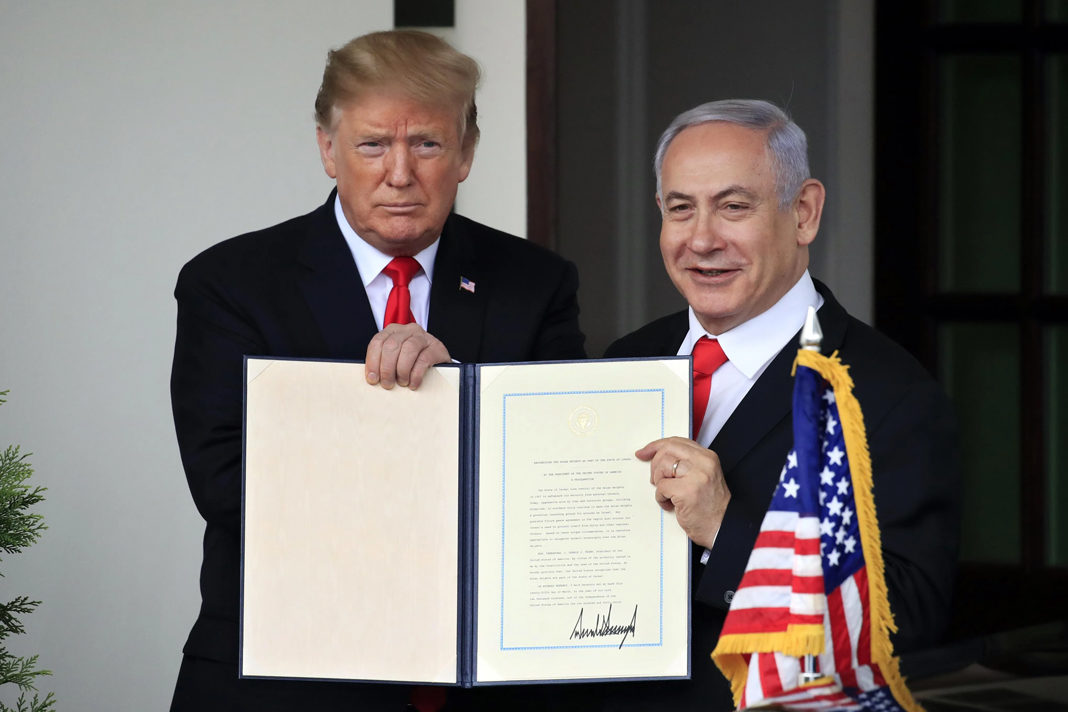 About seven in 10 Israelis have confidence in U.S. President Donald Trump and, compared to other countries, Israel gave the United States the most favorable rating, according to a new Pew Research Center poll released last week.

Out of the Israelis that have confidence in the American leader, 74 percent endorsed his decision to move the U.S. embassy from Tel Aviv to Jerusalem in May 2018, and 66 percent supported withdrawing the United States from the 2015 Iran nuclear deal that same month.

Overall, of the 32 countries polled, 64 percent said they do not have confidence in Trump to do the correct thing in global affairs, while only 29 percent expressed confidence in the U.S. president.

The poll did not address recent tensions with Iran and the missile attacks this week on two U.S. bases in Iraq as it was conducted before to the Jan. 3 U.S. elimination of Iranian Gen. Qassem Soleimani in Iraq.