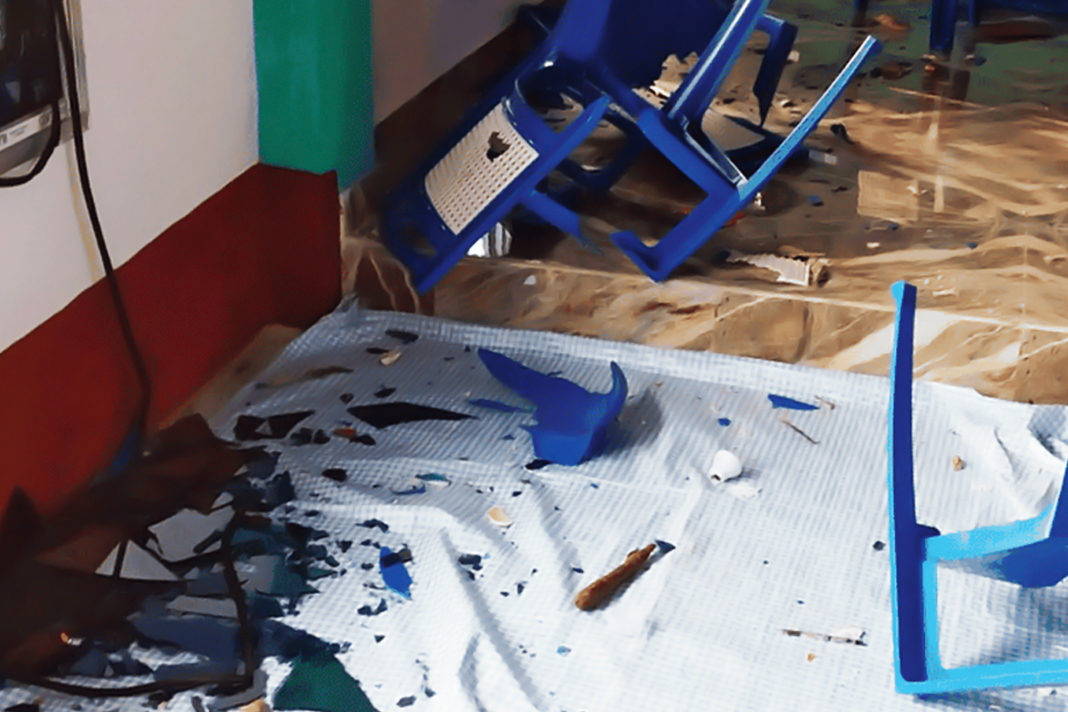 Pastor Anup Jumar said that of the people who convened for the groundbreaking of Jishu’r Aradhona Griho, Hindi for “Jesus’ Prayer Home,” in East Midnapore village, “hardly 10 were Christians.”

“They damaged everything that belonged to the church,” Gosh said.

Four people, including 2 children, were injured as a mob of 20 Hindu activists proceeded to attack with homemade bombs and sticks, beating fleeing worshippers.

Hindu radicalism has increased in India under Prime Minister Narendra Modi, whose banner of Hindu nationalism has provided cover for radical groups that are now able to attack Christians and Muslims with virtual impunity.

Date published: 12/01/2020
Feature image: The interior of the community hall after the ransack Telegraph picture