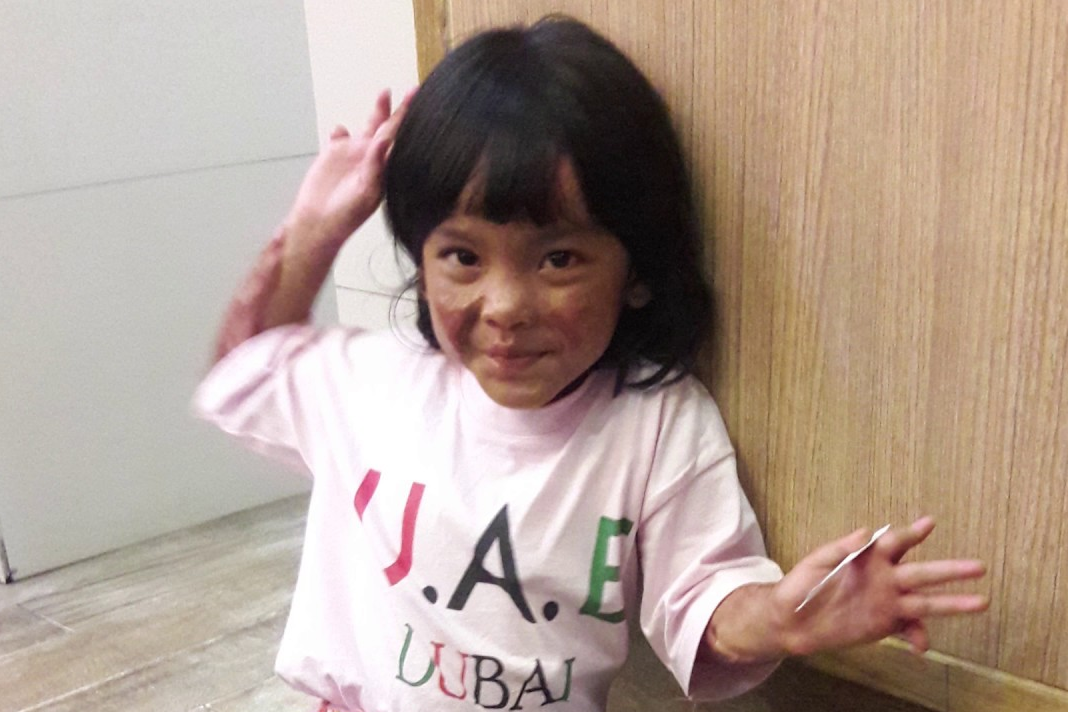 Indonesia is the largest Islamic country in the world and people think of it as a moderate country. And I suppose it is if you compare it countries with more rampant extremism, but it’s had its problems. In 1998 to 2003, there was a massive jihad against Christians.

And most people have no idea this happened. But there were 10,000 Christians murdered, 1,200 churches burned down, and widespread rape. It was a period of terrible suffering and the government was able to push back the extremists. But their influence is still felt throughout Indonesia. And so Christians deal with discrimination, church restrictions, church closings, and more.

In November of 2016, an extremist targeted a church in Indonesia by throwing a Molotov cocktail onto the property. Unfortunately, it landed in the church’s yard where the kids were playing. When the dust settled, one child died and several others were injured. Among the wounded was a young girl named Trinity.

Trinity suffered terrible burns on her arms, hands, and feet. She couldn’t walk properly and was in a lot of pain. As you can imagine, the road to healing for a burn victim is a long process. They have to stretch out the skin, and then cut that skin out to replace that which has been burned. As an adult, you can imagine the physical, emotional, and spiritual toll this process would take.

For a kid, this must be painful and overwhelming. And for the parents, you can imagine this is tremendously bewildering and difficult.

Thankfully, through your generosity, we were able to help. Trinity’s parents found a surgeon in China who was skilled and was able to help. Since they are from Indonesia, we assisted with their transportation costs to and from China to alleviate the financial burden on the family.

Trinity today is a different person, and when you see her today, you see smiles. And I don’t know if she’s ever going to be healed completely, but the transformation is remarkable.

In the book of Matthew, Jesus was looking on the crowds and he said he looked on them with compassion. That was because they were like sheep without a shepherd. They had no one to protect them. They were in distress and he looked on them and his heart hurt. Furthermore, Psalm 147 tells us that the Lord heals the brokenhearted. He bandages our hearts.

And we live in a very broken world, don’t we? Satan loves to steal, kill, and destroy. And he influences people to do the same. But the good news is that the Lord loves to bring life, heal, and create. And there’s just a river that flows from the throne of God and goes out in the world and whatever it touches, it heals and it brings life.

In doing this kind of work, when you think about these kids that we’ve been involved with, especially Trinity, we are simply partnering with the Lord in His work. And it’s tremendously satisfying.

Thank you for making a difference in Trinity’s life and bringing hope and healing into her life.