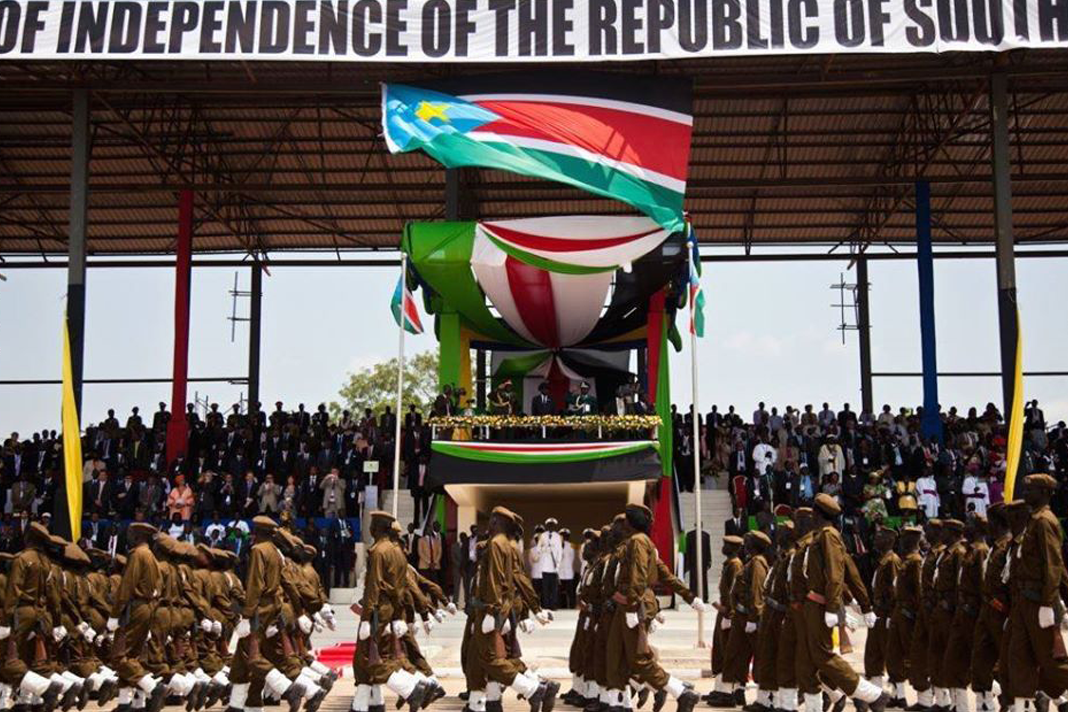 Independence
9 July, marks a monumental answer to prayer as South Sudanese celebrate the 10th anniversary of their successful struggle for self-determination and secession from the Arab North. It was a major victory against the oppressive Sharia law of the National Islamic Front government of Sudan.

Date with Destiny
9 July, in South Sudan, marks a date with destiny. It celebrates the culminative effect of many years of intensive prayer, worldwide publicity, international pressure and missionary partnership with courageous persecuted Christians in South Sudan and the Nuba Mountains.

Independence
The longest war, in the largest country in Africa, was concluded with an independent and free Southern Sudan which separated approximately one third of Sudan’s land surface into a new and independent State on 9 July 2011. 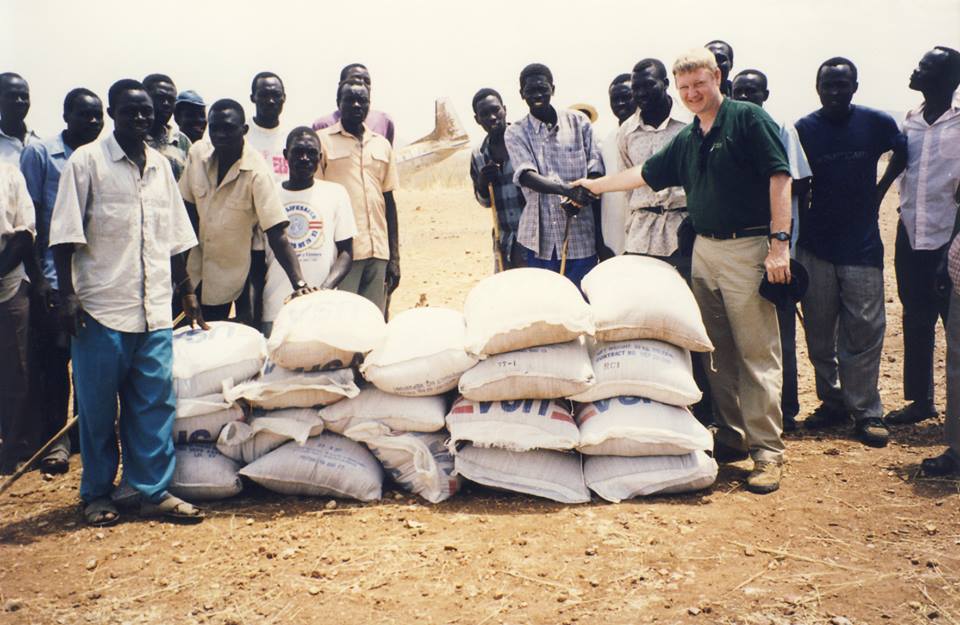 Celebrations in Juba
The main celebration events take place in the capital of South Sudan, Juba. This involves their Declaration of Independence, Flag Raising Ceremony and Parades. The flag of South Sudan, a six-coloured flag, was the official flag of the Sudanese Peoples Liberation Army. The National Anthem was chosen through a nationwide competition and the Coat of Arms bears an image of the African Fish Eagle. Their currency is the South Sudan Pound. 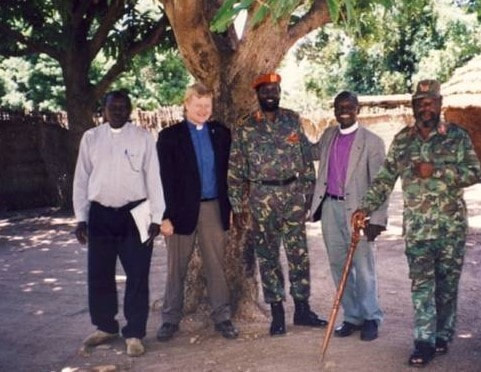 Self-Determination
Independence on 9 July 2011 concluded the Comprehensive Peace Agreement (CPA) of 2005, signed by the Sudan People’s Liberation Army and the government of Sudan. The CPA provided for the people of Southern Sudan to exercise their right to self-determination through a Referendum which was held in January 2011. 98.83% voted in favour of Secession. 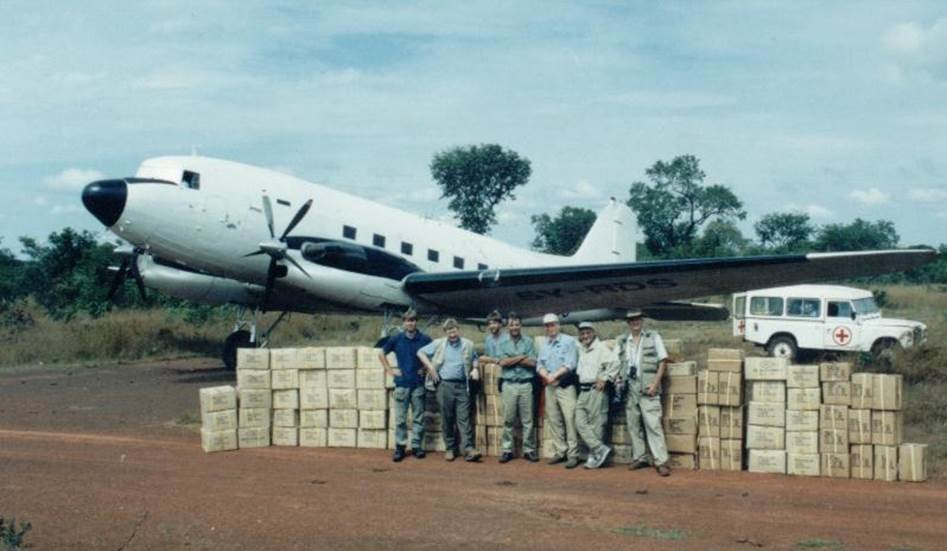 Violence in Abyei
The Republic of South Sudan welcomed and helped settle South Sudanese who wished to return from displacement camps in the North. The government of South Sudan stated that they would recognize all legally acquired property rights and land ownership in the South. Some critical areas in the Comprehensive Peace Agreement remained unresolved, such as the final status of the oil-rich Abyei province, which has continued to be afflicted by violence from the North. The arrangements for the Nuba Mountains people of South Kordofan and others, in the Blue Nile, who still want to be part of the South, have yet to be resolved. 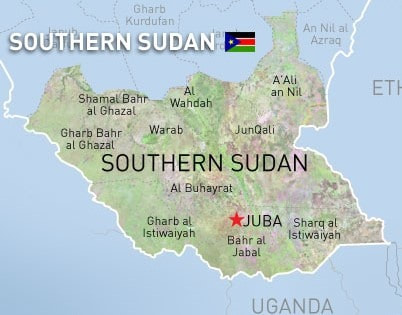 Churches Burned and Christians Bombed in the Nuba Mountains
As the people of South Sudan celebrate the 10th anniversary of their hard fought independence the security situation in Abyei and the Nuba Mountains remains uncertain. Churches have been burned and Christians targeted by deadly air strikes and ground attacks. Arab militia shouting “Allah Akbar” have opened fire on congregations gathered for worship. Church property in Kadugli was looted. 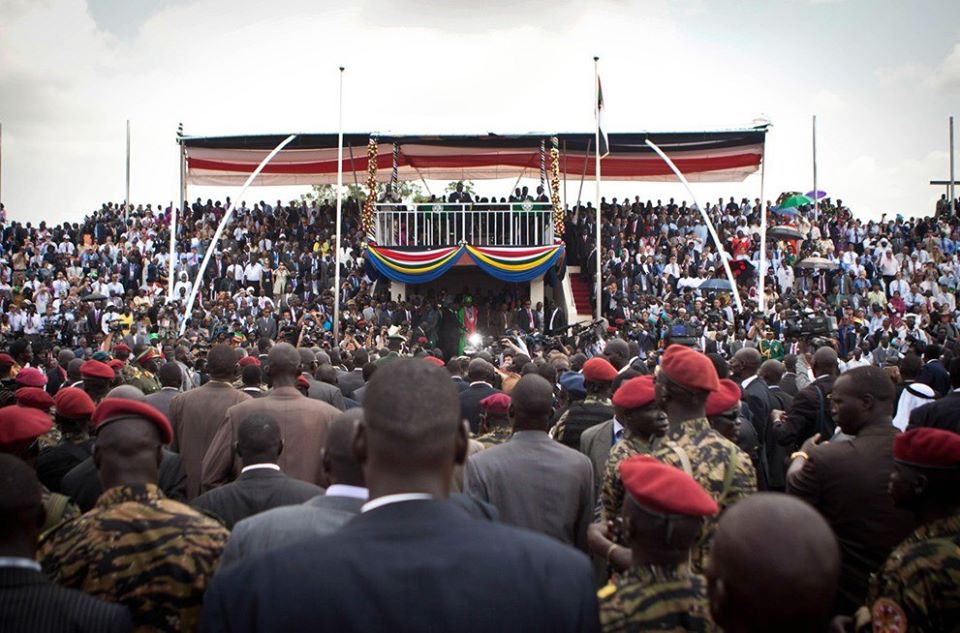 Jihad and Assassinations
The governor of North Kordofan had declared Jihad on the Christianity of the Nuba Mountains. Refugees fleeing the fighting reported that Arab militias were “killing anyone who is Black.” Egyptian UN “Peacekeepers” were accused by many Nuba as biased towards their Arab tormentors and complicit in targeted assassinations within UN Displaced Camps. Fighting erupted between the military forces of the North and the South in the oil-rich Abyei province. The National Islamic Front government of Sudan insisted that oil-rich Abyei have a separate Referendum as to whether they were to remain part of the North or the South. However, after Northern orchestrated violence, the government insisted that the separate Referendum of Abyei be indefinitely postponed! Fighting escalated in and around the strategic oil-rich province of Abyei and in the Nuba Mountains of South Sudan. 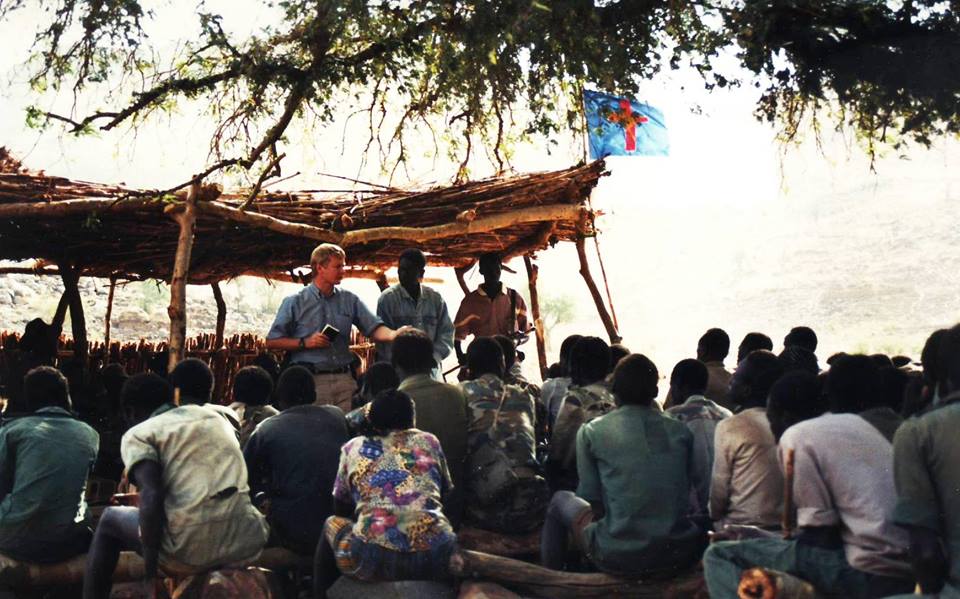 An Island of Christianity in a Sea of Islam
Although the people of the Nuba Mountain are culturally, ethnically and spiritually part of the South, they are still geographically under the control of Northern Sudan. The Khartoum government has subjected the Nuba Mountains to multiple aerial bombardments. Bible Colleges have been bombed and bulldozed and churches have been attacked. 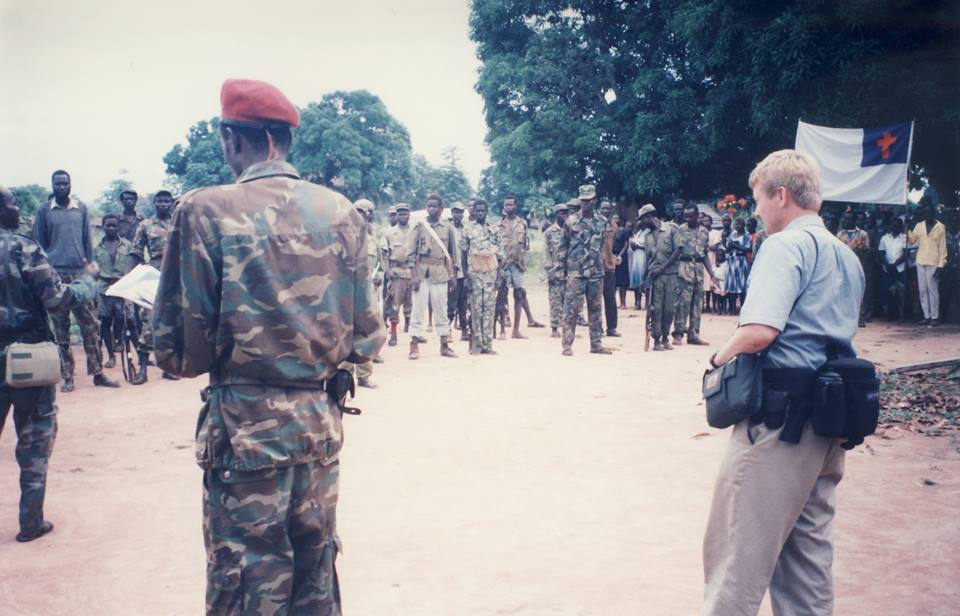 Targeting Christians
Al-Jazeera Television has broadcast footage of the governor of South Kordofan, the indicted war criminal, Ahmed Harun, addressing his soldiers before being deployed to the Nuba Mountains: “You must hand over the place clean… swept, rubbed, crushed. Don’t bring them back alive! We have no space for them!” The broadcast footage then showed an army commander standing near the governor declaring: “Don’t bring them back! Eat them alive!” Contacts on the ground describe the situation in the Nuba Mountains as: “ethnic cleansing” and “absolute carnage.” 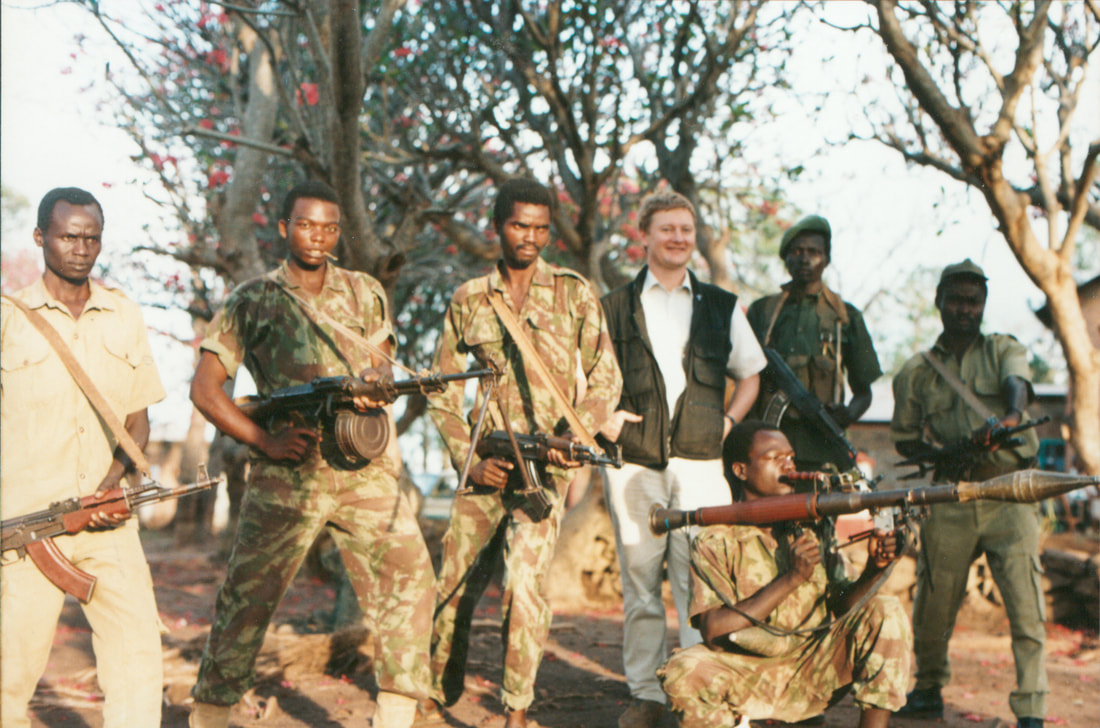 Faith Under Fire in Sudan
Frontline Fellowship has delivered and distributed over 950,000 Bibles and Christian books in 24 languages, in 15 different regions, of Sudan and South Sudan. For the incredible testimonies of how Christians have endured centuries of persecution in Islamic Sudan and how courageous Christians in South Sudan won their freedom, read Faith Under Fire in Sudan (320 pages, 200 pictures) and see Sudan: The Hidden Holocaust and Terrorism and Persecution – Understanding Islamic Jihad DVD. 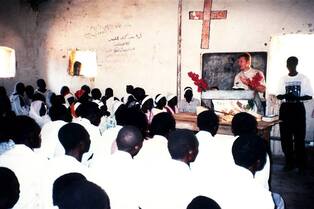 Pray for South Sudan and the Nuba Mountains

To see a video on how South Sudan became an independent country, click here.