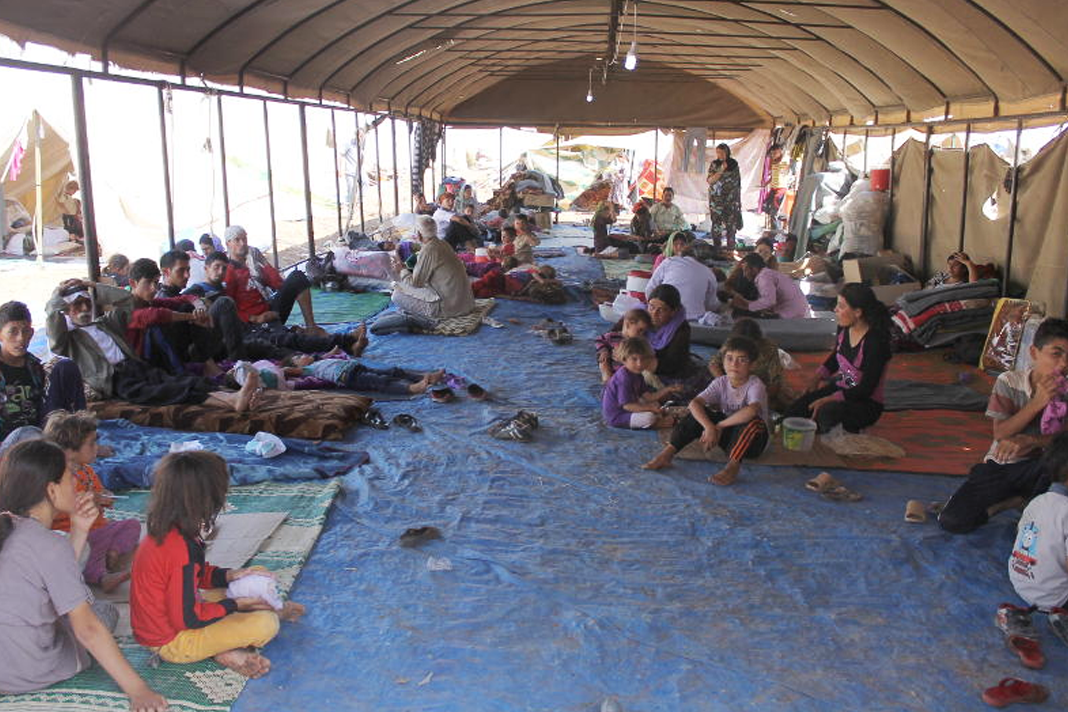 August 3, 2020, marked six years since the genocidal attacks on the Yazidi community in and around Sinjar and the Nineveh Plains of Northern Iraq.

The brutality of ISIS against this minority community has rightfully been acknowledged as genocide by numerous bodies including the Iraqi Council of Ministers, U.S. State Department, U.S. House of Representatives, U.S. Commission on International Religious Freedom, U.S. Agency for International Development, European Parliament, and the U.K. House of Commons.

Yet, as another anniversary comes and goes, far too little has changed.

International Inaction
Still, hundreds of thousands remain displaced. The security situation and services in Sinjar are far from sufficient to support large-scale returns. More than 2,000 women and children are still believed to be held in captivity. For those who have escaped, few have received sufficient services to address the severe trauma they have endured. Dozens of mass graves remain to be exhumed. While many ISIS members have been captured, there have been few who have been made to stand to account for the atrocities they have committed against the Yazidi people.

As Knox Thames, former State Department special advisor for religious minorities in the Near East and South and Central Asia, wrote for United States Institute of Peace, “Justice and peace go hand in hand. Bringing to justice those who committed these evil acts would dissuade future perpetrators, while also breaking the cycle of violence by demonstrating justice systems can work.”

Writing on the impact of delayed justice, legal researcher Ewelina Ochab said, “The lack of justice sends the outrageous message that it is possible to get away with genocide. If we have learned anything from similar atrocities it is that we cannot allow an atmosphere of impunity to flourish.”

Despite the attention given to the plight of Yazidis, Christians, and other minorities over the past six years, actions have not succeeded. Nadia Murad, who received the Nobel prize for her campaign against the abuse she endured at the hands of ISIS, warned that the “status quo is destroying our community” and international inaction is enabling the extremist group to “accomplish their goal of eradicating the Yazidis from Iraq.”

Will Yazidis Be Able to Return Home?
What more needs to be done? There is no shortage of recommendations. The sixth anniversary was marked by three high profile commemorations, hosted by Yazda, Free Yezidi Foundation, and Nadia’s Initiative. Each of them featured commentary from rights advocates, humanitarian organizations, and government officials expressing solidarity and a commitment to see the Yazidi community remain and flourish in Iraq.

Will those aspirations be realized?
“Before this, however, there must be stability, which means a resolution to local disputes, an end to the era of militias, an immediate cease to Turkish airstrikes, and an economic and humanitarian plan,” wrote Murad Ismael, Yazidi activist and co-founder of Yazda, and Nadine Maenza, a commissioner on the U.S. Commission on International Religious Freedom.

Will the government in Baghdad take real steps to resolve these issues and implement such plans? Will international partners provide the necessary resources and accountability to ensure these promises are delivered on?

As another anniversary is marked, hundreds of thousands of Iraq’s Yazidi community are still left waiting and wondering: Will they be able to return home or is there is another round of violence to come?