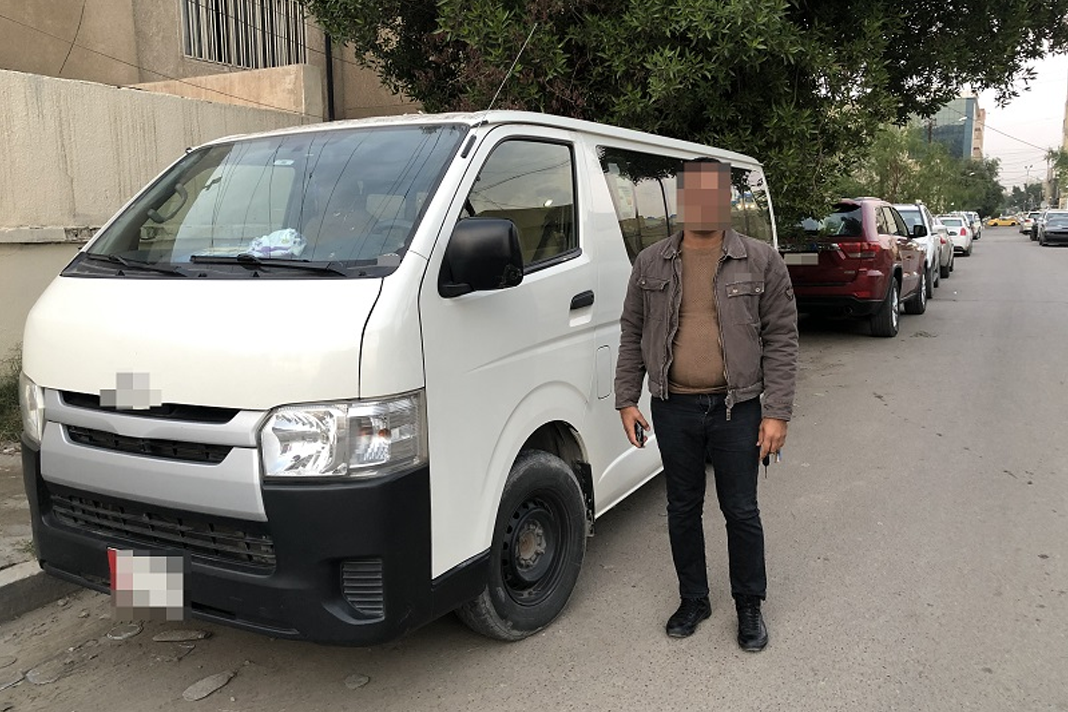 Bassam and Marina were married as young teenagers and soon had five children. They love each other, but they regret the circumstances surrounding their arranged marriage. In Iraq’s tribal areas, arranged marriages between children are common practice. They reinforce a tribal system, providing communal protection for extended families.

Having a family at such a young age brought extra responsibilities for Bassam. During the day, he worked as a taxi driver. At night, he attended Islamic seminary and studied to become an imam. It was a life, but not a happy one. Frustration mounted within Bassam. In class, the Islamic teachings seemed illogical, and the imams were unable to answer his questions. Out of curiosity, he explored Christianity, but concluded that God was not real. He was in a dark place with nowhere to turn.

Then, a miracle happened.

During a social gathering, their eldest son stopped breathing. Marina noticed, but strict Islamic rules kept her silent. She explained, “One day, my son was suffocating. In our tradition, we (women) can’t enter a room while other men are there. After 10 minutes, I started knocking on the door so that my husband could come and help.”

By then, it was too late. Their son was gone. “At this point, I remembered the Christ that I read about. I started calling out to Him – that if Christ was there, then bring my son back. I can’t forget the smile of my son immediately when he got his life back,” Bassam remembered, recalling the moment when he thought his son was dead, but then he came back to life.

After witnessing this miracle, the family immediately converted to Christianity; but, there was one problem: the tribe. Bassam’s mother knew of the conversion and asked others to pray for his repentance. News of his apostasy spread. Marina’s father tried to take away the children. A driver stopped Bassam on the street and threatened him with death. That was the day they fled their home.

Starting Over
For the next year, ICC walked alongside Bassam and Marina as they attempted to rebuild their lives. “I think these kinds of projects are the most worthwhile,” said ICC’s field team. Persecution has almost decimated the Christian presence in Iraq, and support for the convert community is essential for rebuilding Christianity.

Since Bassam was an experienced taxi driver, ICC facilitated the purchase of a vehicle for him. While Bassam worked on developing a client list, ICC helped the family move into a safer home and covered their initial moving expenses. At the end of six months, their lives were totally transformed.

“Thank you for the help. It changed everything within a few weeks,” Bassam said. “Having this taxi is like a dream come true. We prayed to God, but the answer exceeded our expectations. I wasn’t prepared for such [a] big blessing.”

When new converts flee their homes, they lose everything. Bassam’s new business didn’t just provide a source of income for the family or a way out of poverty; it gave him purpose.

“The most positive thing is that I am the owner. I have dignity while I am working… My practical life changed 180 degrees,” Bassam continued. “When you met me for the first time, I used to buy used clothes, but now I am able to buy new clothes. Also, if I had bought shoes for my oldest daughter, then I had to wait for the next month to buy for my other kid. Now, I am able to buy for two of them, and sometimes three of them, at once.”

“I have paid back half of my debts… I am happy to be able to achieve that with your help,” Bassam added. “Please pass my appreciation to whoever helped me.”

The disarray caused by persecution should have left Bassam’s family in perpetual ruin, with no hope. But by standing alongside the family, their lives were completely rebuilt. They emerged victorious and serve as an inspiration to other MBBs who also trust in God’s goodness for the future.