Natasha Lambkin, a 34-year-old Brooklyn native and non-denominational Christian, had big dreams for her luxury clothing line N A T A S H A, but she never expected her modest fashion to grace the folds of Vogue magazine.

“In the fashion industry, sex sells,” Lambkin told Religion Unplugged. “All I was told was that N A T A S H A would be featured in a major magazine. With Vogue, I was screaming. I was off the wall.”

Mainstream, high fashion magazines are uncharted territory for nearly all faith-based brands. But Lambkin successfully sold N A T A S H A in New York City show rooms and among celebrity stylists including J. Bolin, who has more than 340,000 followers on Instagram. Then Vogue Italia and Elle Arabia featured her designs. 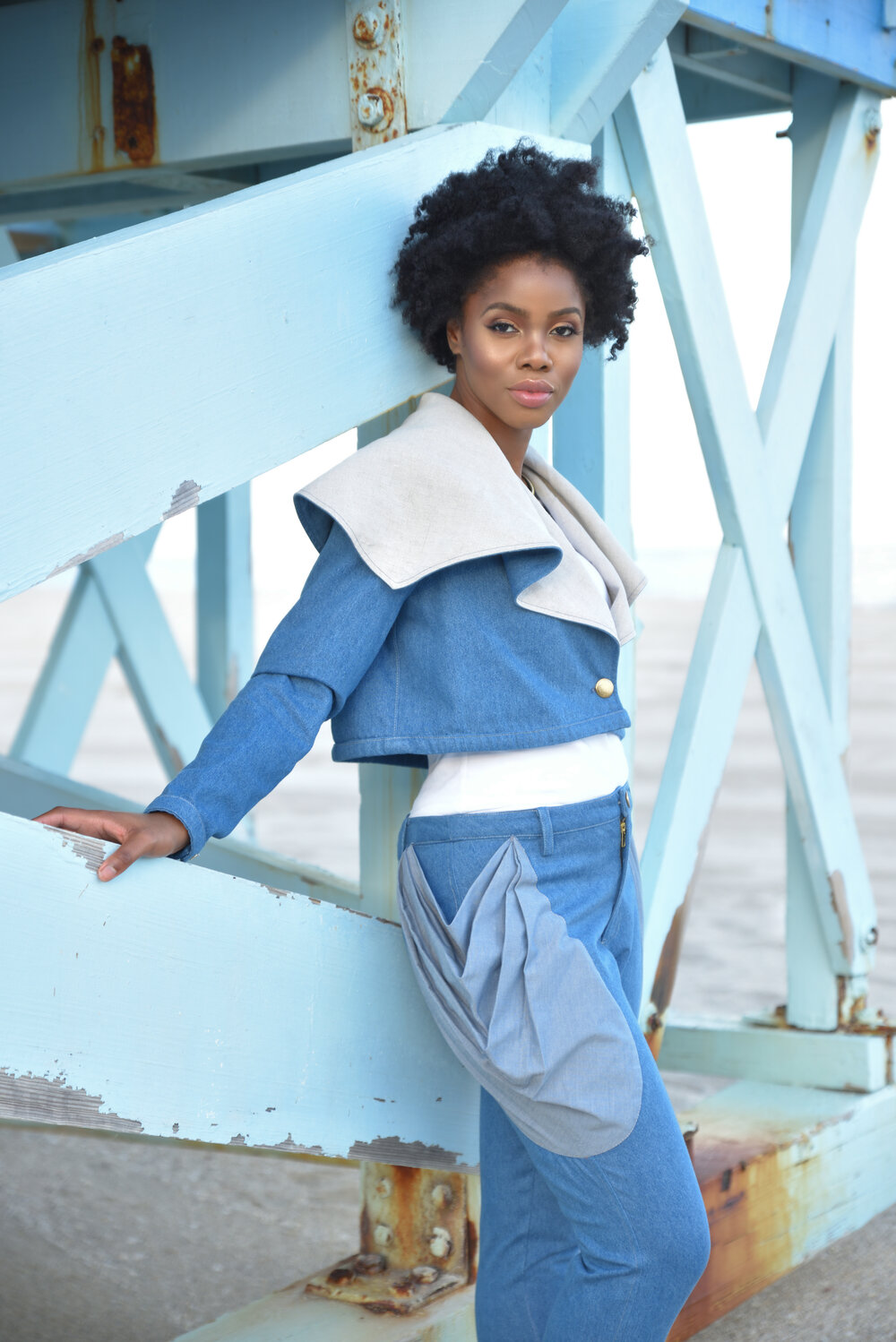 Lambkin’s brand promotes modesty: her pieces are semi-full to full coverage, with jumpsuits, flowy dresses and skirts, versatile jackets and more, all with biblically inspired names like “She Is Risen Dress” and “Touched By Grace Empire Skirt.”

“It’s so rewarding to see a brand that’s bold in Christ and not wavering or compromising faith or aesthetics,” she said. “God gave me the vision. I knew something was going to happen. I just didn’t know when.”

Lambkin’s church, Christian Cultural Center in Brooklyn, fully supports and encourages her efforts. Norine Smith, director of the costume and wardrobe department, a church ministry in which Lambkin also serves, is proud of Lambkin’s tenacity to make her dreams a reality.

“She is a beautiful person with a wonderful heart,” Smith said. “When you look at her clothes, it puts a smile on your face.”

Modest fashion has grown into a $44 billion dollar industry, according to Vogue Business. Largely based in the Middle East, the consumers are majority Muslim, along with other people of faith whose religious traditions adhere to modesty like Jews and Christians.

While modest fashion can differ aesthetically across cultural and religious lines, common themes include higher necklines to reduce cleavage, longer hemlines and no sheer fabric.

“Most of our items that look sleeveless, such as the ‘She is Honored Dress’ and the ‘Ruth Crossover Top’ are not really sleeveless,” Lambkin said. “To maintain the modest appeal, I made sure to create drop shoulders.”

Brands like N A T A S H A cater to those who hope that companies will be more inclusive of modest fashion, especially in mainstream spaces. Due to the influence of social media, there is a growing demographic of people who desire to honor their religious traditions without compromising fashion and style.

Lambkin is no stranger to the fashion industry. After graduating from the Fashion Institute of Technology, she began a modeling career. After feeling convicted about the lack of modesty within the industry, she ended her modeling career and went back into fashion, but this time as a buyer and merchandiser.

It was at this time, she said, God gave her the vision to start N A T A S H A.

“When He first presented the idea of a clothing line that promoted the Christian faith, I really wasn’t sold,” Lambkin said. “After He sent me three confirmations, I said yes to the call.”

Despite the success of N A T A S H A, Lambkin experienced inner struggles surrounding her personal life and career. She processed these emotions by writing “The Purification Season,” a recently released semi-autobiographical fashion storybook. The book tells the story of Aniya, who, on her 34th birthday, is struggling to come to terms with her current state in life and where she hoped to be at this age. God takes her on a journey to realize that she is being “purified” in order to release certain aspects of her life that she cannot take with her into the next season. The book combines written storytelling with fashion photography.

The photographer and makeup director for the book, who uses one name, Artbullyklr, said that after working closely with Lambkin on this project and others, her determination is what she admires the most.

“Her mind goes 100 miles a minute,” Artbullyklr said. “When she puts a vision out there, it comes to life. I could not be prouder to work next to a creator that inspires me in so many ways, especially business wise.”

She added that the quality of Lambkin’s clothing reflects both her professionalism and creative expertise.

“The detailing in her garments are so precise, you don’t see anything wrong with it,” Artbullyklr said. “The fabric is light and airy like butter. It reminds me of heaven.”

The writing process brought Lambkin both healing and acceptance of her own journey, something that she hopes readers take away from the story as well.

“Be patient with whatever season God has you in,” Lambkin said. “There is a reason why He is not allowing you to move. Learn what you need to learn and be grateful for it.”

Lambkin also produced a documentary “Who is Natasha?” that highlights her journey and also addresses topics of race, individuality and faith. She hopes the film encourages those working toward their dream goal.

“I am a Black-owned, Christian-owned, woman-owned business with a high-end label,” Lambkin said. “If I’m still going, you can too.”

With international exposure of N A T A S H A, a new book and a documentary under her belt, Lambkin said she finally feels like her brand has a place in the fashion industry— and beyond.

“There were times when I felt discouraged like, ‘Do people care about modest fashion?'” Lambkin said. “The Vogue and Elle covers were confirmation that the world needs my brand. I see more people across the world knowing about the brand and coming to Jesus. That’s the whole goal.”

Artbullyklr believes that N A T A S H A will inspire all women, Christian or not, to be more open to different forms of fashion.

“You can be beautiful and sexy wearing full garment,” Artbullyklr said. “You don’t have to show your body to be sexy. That’s what she’s bringing to the industry.”