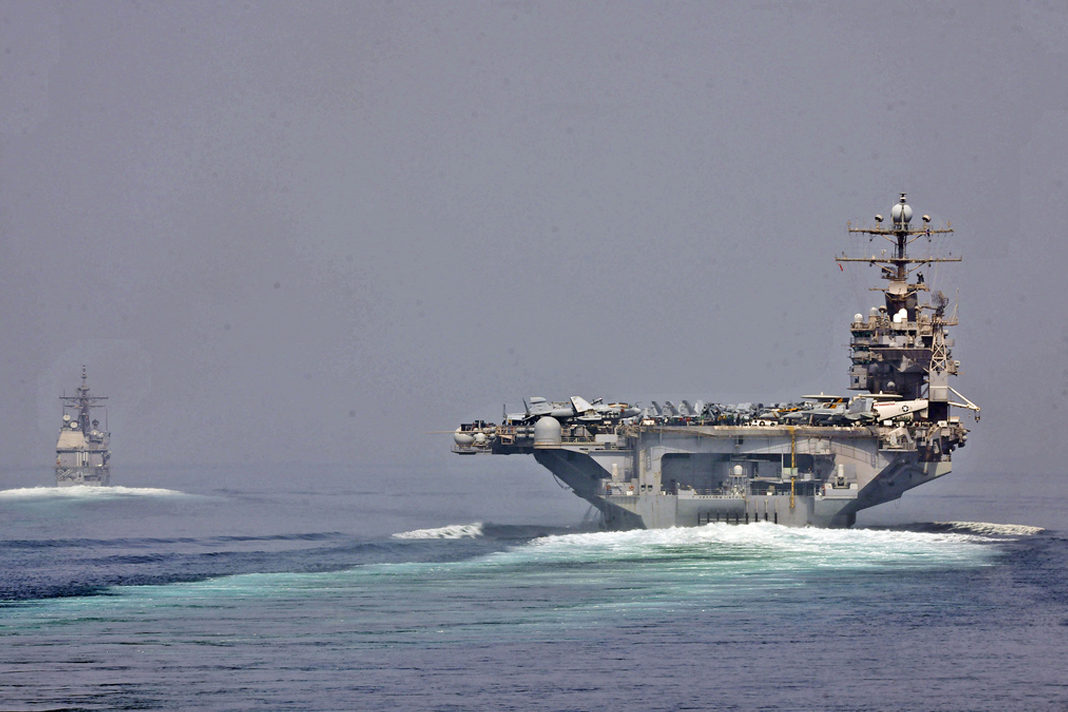 Britain said Monday it will join forces with the United States to protect merchant vessels in the Gulf amid heightened tensions with Iran, after Tehran taunted Washington that its allies were too “ashamed” to join the mission.

Britain’s decision to form the joint maritime taskforce with the United States marks a departure in policy under new Prime Minister Boris Johnson, after efforts under his predecessor Theresa May to form a European-led grouping failed.

It follows a spate of incidents — including the seizure of ships — between Iran and Western powers, in particular Britain and the US, centered on the vital Strait of Hormuz thoroughfare.

“The UK is determined to ensure her shipping is protected from unlawful threats, and for that reason we have today joined the new maritime security mission in the Gulf,” Defense Secretary Ben Wallace said in a statement.

The announcement from Britain’s defense ministry did not detail which, if any, other countries would be joining the new naval coalition.

Britain was also at pains to stress that it had not changed its broader policy towards Tehran.

“We remain committed to working with Iran and our international partners to de-escalate the situation and maintain the nuclear deal,” Foreign Secretary Dominic Raab said. 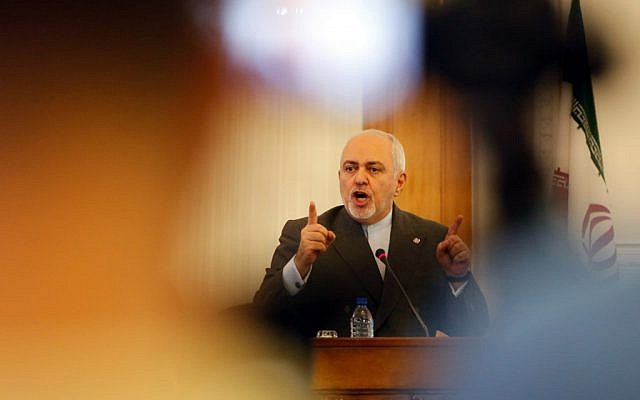 The announcement came hours after Iranian Foreign Minister Mohammad Javad Zarif said Washington was increasingly isolated in its hardline stance against Tehran and its allies were too “ashamed” to join its forces in the Gulf.

He also dismissed US calls for talks as a sham, confirming that he had turned down an offer to meet President Donald Trump last month, despite the threat of US sanctions against him.

“Today, the United States is alone in the world and cannot create a coalition,” he said.

“Friendly countries are too ashamed of being in a coalition with them,” Zarif told a news conference, saying they had “brought this situation upon themselves, with law-breaking, by creating tensions and crises.”

Germany ‘not in favor’
Tehran and Washington have been locked in a battle of nerves since last year when Trump withdrew the US from a landmark 2015 deal placing curbs on Iran’s nuclear program and began reimposing sanctions.

Tensions have spiked since the Trump administration began stepping up a campaign of “maximum pressure” against Iran.

Drones have been downed and tankers seized by Iranian authorities or mysteriously attacked in Gulf waters, while Britain has detained an Iranian tanker off Gibraltar. 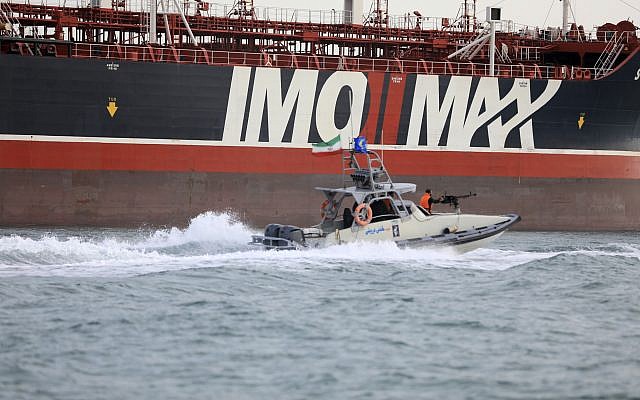 A speedboat of the Iran’s Revolutionary Guard moves around a British-flagged oil tanker Stena Impero which was seized in the Strait of Hormuz by the Guard, in the Iranian port of Bandar Abbas, July 21, 2019. (Morteza Akhoondi/Mehr News Agency via AP)

At the height of the crisis, Trump called off air strikes against Iran at the last minute in June after the Islamic Republic’s forces shot down a US drone.

Iran said on Sunday its forces had seized a “foreign” tanker carrying smuggled fuel in what would be the third such seizure in less than a month in Gulf waters — a conduit for much of the world’s crude oil.

Last month, the Guards said they had impounded the Panama-flagged MT Riah for alleged fuel smuggling as well as the British-flagged Stena Impero for breaking “international maritime rules.”

In response to such incidents, the US has been seeking to form a coalition — dubbed Operation Sentinel — to guarantee freedom of navigation in the Gulf.

But both plans struggled to find partners, with European countries believed to be reluctant to be dragged into a conflict.

Germany said on Monday that it was currently “not in favor” of joining an American-led coalition.

‘Left the table’
Meanwhile the US continues to target Iran economically, while holding out the prospect of possible talks.

It imposed sanctions against Zarif on Wednesday — under the same sanctions already applied to supreme leader Ayatollah Ali Khamenei — targeting any assets he has in America and squeezing his ability to travel. 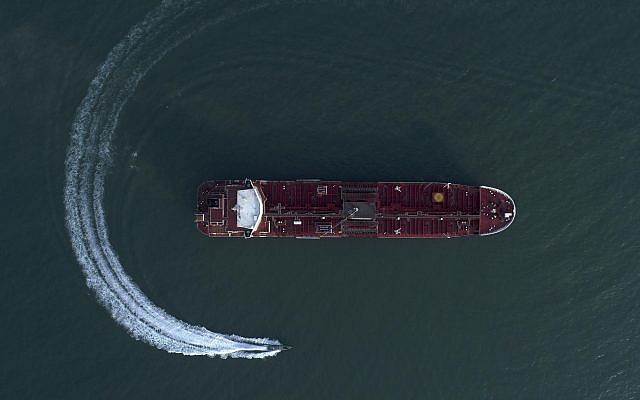 An aerial view shows a speedboat of Iran’s Revolutionary Guard on July 21, 2019, moving around the British-flagged oil tanker Stena Impero which was seized in the Strait of Hormuz by the Guard, in the Iranian port of Bandar Abbas. (Morteza Akhoondi/Tasnim News Agency via AP)

Meanwhile, however, the New Yorker magazine reported that Senator Rand Paul had met Zarif in the US on July 15 and had Trump’s blessing when he invited the Iranian minister to go to the White House.

Zarif dismissed as disingenuous US “claims” it wants dialogue.

“They were the ones who left the table… Who do they want to negotiate with?” he said.

But Zarif did not rule out talks in the future, saying: “Even in times of war, negotiations will exist.”