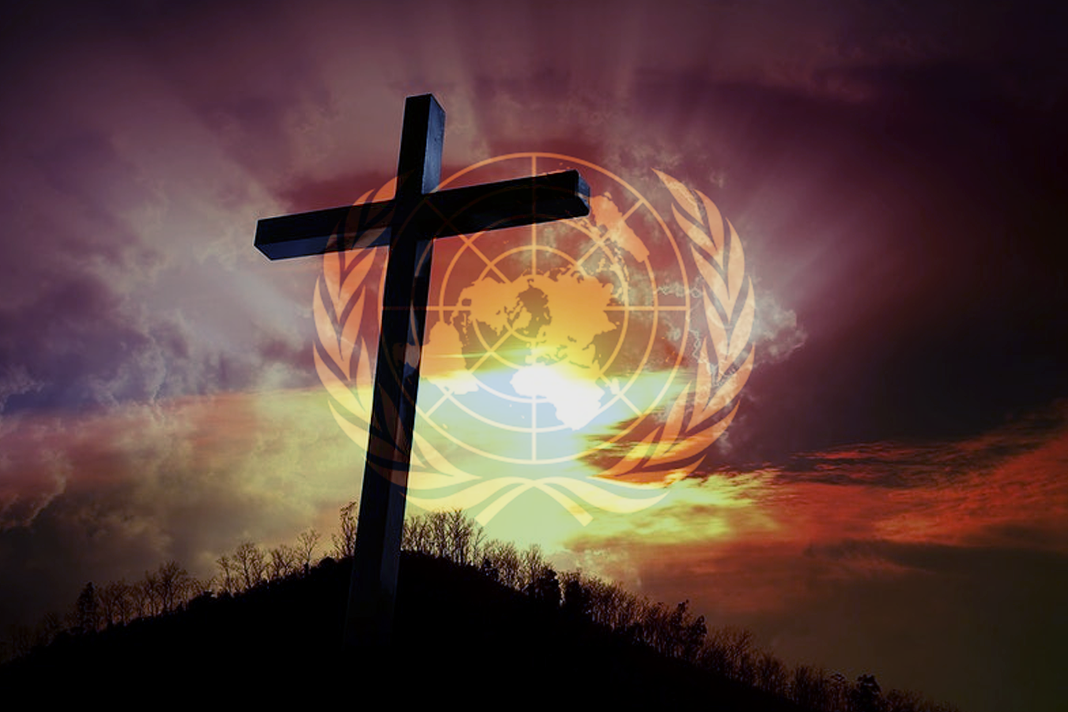 The United Nations recently named March 15 as “international day to combat Islamophobia.” That date was chosen because it witnessed one of the worst terror attacks on Muslims: on March 15, 2019, an armed Australian, Brenton Tarrant, entered two mosques in New Zealand and opened fire on unarmed and helpless Muslim worshippers; 51 were killed and 40 wounded.

Not only has this incident been widely condemned throughout the West — and rightfully so. It has also caused the UN to single out Islam as needing special protection.

This response, however, raises a critically important question: if one non-Muslim attack on a mosque is enough for the UN to institutionalize a special day for Islam, what about the countless, often worse, Muslim attacks on non-Muslim places of worship? Why have they not elicited a similar response from the UN?

Consider some of the fatal Muslim attacks on Christian churches – many, to underscore the religious animosity, occurring just on Easter or Christmas – in recent years:

The above list, it should be noted, is hardly comprehensive; there have been many similar attacks on churches all over the world. But because there were no or only few fatalities, they received little, if any, coverage in the Western press.

This dismissal is especially true for those remote — and, apparently, in the views of Western media — “unimportant” regions, such as Nigeria, where Christians are being purged hourly in a Muslim-produced genocide. Thus, after noting that Muslims have eliminated 60,000 Christians between just 2009 and 2021, an August 2021 report states that, during that same time frame, Muslims also destroyed or torched 17,500 churches and 2,000 Christian schools. How many undocumented souls perished in those largely unreported terror attacks?

The list above of fatal Muslim attacks on churches does not include any of the many that were botched, for example, a March 28, 2021 attack on a church during Palm Sunday service, where only the suicide bombers — a Muslim man and his pregnant wife – died.

Put another way, why is one immensely reprehensible but lone incident of a Western man killing 51 Muslims of far greater importance to the UN than the countless instances of Muslims killing untold numbers of Christians?

If ever cornered and forced to explain this discrepancy, no doubt the UN would say that, unfortunate as all of those church and other attacks might be, they do not reveal a pattern, the way “Islamophobia” does; that church attacks are all byproducts of terrorism (which reportedly is in no way connected to Islam) fueled by economics, territorial disputes and inequality, in a word, “grievances.” Fix those temporal problems and attacks on churches will cease.

In reality, the exact opposite appears to be true: whereas the New Zealand mosque attack was indeed an aberration — evidenced by its singularity — Muslim attacks on churches are extremely common, not only now but throughout history. In Turkey, for example, one can see what became of the great Christian Byzantine Empire after it was first invaded by Arabs in the seventh century, to when Constantinople fell to Sultan Mehmed II in 1453, and on to the early 20th century genocide of Armenians, Assyrians and Pontic Greeks.

As can be seen here, seldom does a month pass in the Muslim world today, and increasingly in the West, without several assaults on, or harassments of, churches taking place. While some of these, fortunately, may not have been fatal, they all underscore Islam’s indisposition to churches, and, it would seem, to any religious structure or symbol that is not part of Islam.

Revealingly, those who terrorize churches often share little with one another: they come from widely different nations (Nigeria, Iraq, Philippines, etc.), are of different races, speak different languages, and live under different socio-economic conditions. The only thing they do share–the one thing that, it seems, leads them to assault churches and murder Christians — appears to be their religion.

In other words, Muslim attacks on churches seem to have an ideological source, are systemic, and therefore an actual, ongoing problem that the international community needs to highlight and ameliorate.

Yet the UN would have us ignore and brush aside all these ongoing massacres of Christian church worshippers as unfortunate byproducts of misplaced “Muslim grievances” — and instead fixate on one solitary, if admittedly horrendous, incident.

For the UN, evidently, one incident constitutes a “pattern” — one in dire need of recognition and response. The response is to silence, ignore or attack all those who expose the heavily documented real pattern of abuse and violence against non-Muslims — which, make no mistake, is precisely what “combatting Islamophobia” is all about.