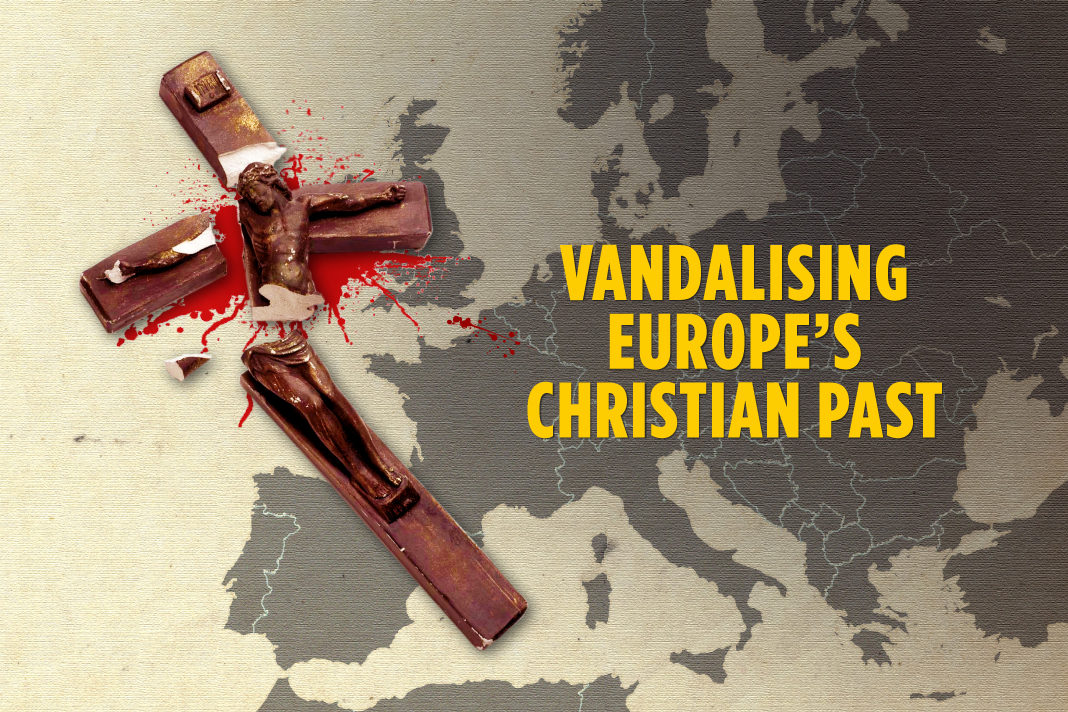 The word “vandalism” comes from the Vandals, a Germanic tribe that sacked Rome in the early 5th century. These “barbarians,” as Roman writers called them, actually behaved much better than their name might suggest. For example, they spared the lives of most of Rome’s citizens and left buildings standing – including, notably, Christian churches. This was because the Vandals themselves claimed the Name of Christ – although their theology was of a type condemned by orthodox Christians. Modern vandals, on the other hand, fail to live up to their namesakes’ example. 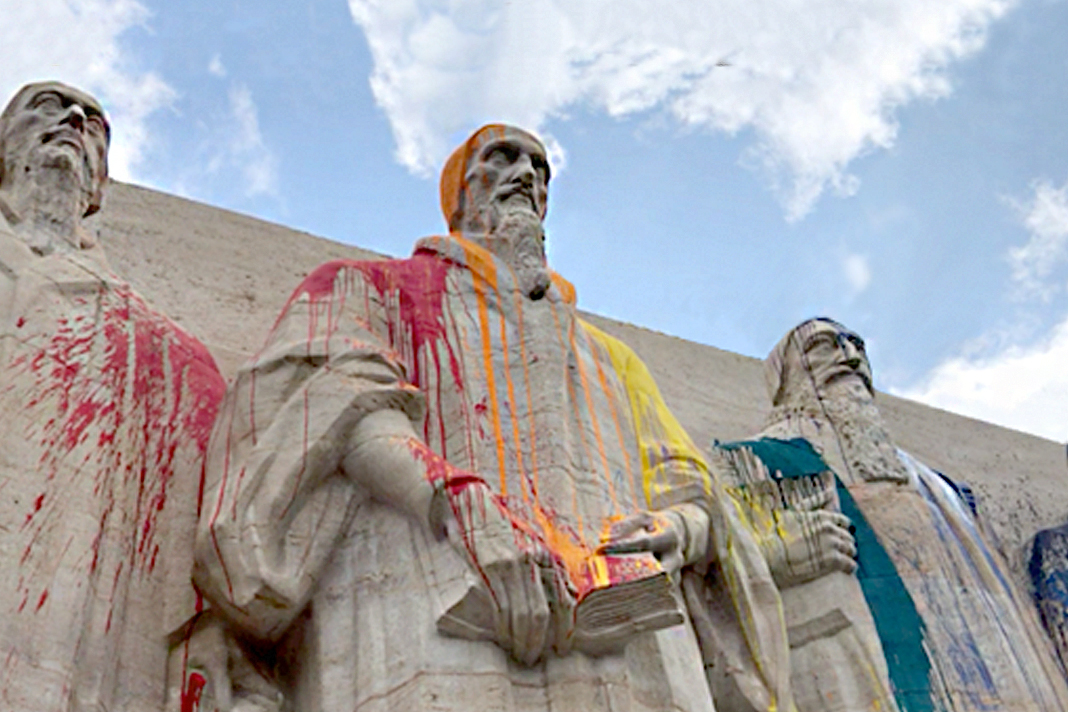 Spike in vandalism
Over the last few months, Europe has seen a wave of attacks against churches and other Christian sites. In countries such as France and Germany, there has been a spike in violent vandalism, desecrating cherished churches and Christian symbols. There were over one thousand attacks just in 2018, and the vandalism involved more than spray paint. Sometimes attacks included human waste. According to Church officials in France, an average of two churches per day are desecrated.

Politically motivated
Recently, the Reformation Wall in Geneva was hit. The intended message of the vandals was made clear by the rainbow paint dumped all over the statues of 16th century reformers: William Farel, Theodore Beza, John Knox, and John Calvin. This wasn’t even the first act of vandalism at this site this year. Back in March, feminist activists graffitied the Reformation monument with the insightful message, “Where are the women?” Around the same time, Newsweek quoted Ellen Fantini, the executive director of a Vienna-based organisation that tracks religious discrimination. She said that while the motives and identity of vandals aren’t always clear, France in particular faces a surge of anti-Christian violence by “anarchist and feminist groups.” According to Fantini, attacks were up 25 percent in March over the same time last year.

Many Europeans see the continent’s Christian past as a time of darkness.

Forgetting Europe’s past
The fact that Christianity is no longer Europe’s dominant religion, and hasn’t been for some time, is not new news. Pew Research reports that while a majority of Western Europeans still identify as Christians, just 22 % attend services at least once a month. Increasingly, Europeans are devoted to a different religion – a militant form of secularism that sees the continent’s Christian past as a time of darkness and oppression, a time to be not just forgotten, but intentionally abandoned. Yet how many of those who desecrate churches and vandalise religious monuments even know what it is they’re attacking? How much could those who dumped rainbow paint on the Reformers in Geneva tell us about them, other than they were Christians, or men?

An average of two churches in France are desecrated per day.

Ignorance of the past
Ignorance and/or cynicism of the past is a feature of the kind of secularism dominating Western culture right now. C. S. Lewis dubbed it “chronological snobbery” – the belief that past people were unenlightened, evil, or just stupid. As Art Lindsley writes, chronological snobbery “not only rejects the values of the past, it claims that the study of history itself is pointless.” The Christians who built Europe’s great churches – indeed, who built European civilisation itself – are no longer read, nor are their beliefs taken seriously.

History is condemned
Instead, along with their statues and churches, they are consigned to the ash-heap of history, condemned for not embracing our modern ideas about sexuality, gender, and God. Ancient Rome was sacked by Vandals. Western culture today has been invaded by ideas. Bad ones. It’s a sad fate for a continent once alive with Christian faith – a continent that, today, is still littered with its buildings and monuments.  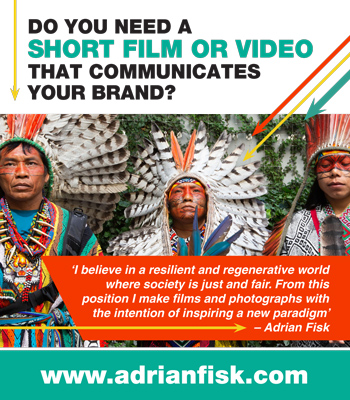