Home News WATCH: Despite Michael’s Genetic Condition, He Is A Miracle, Not A Mistake 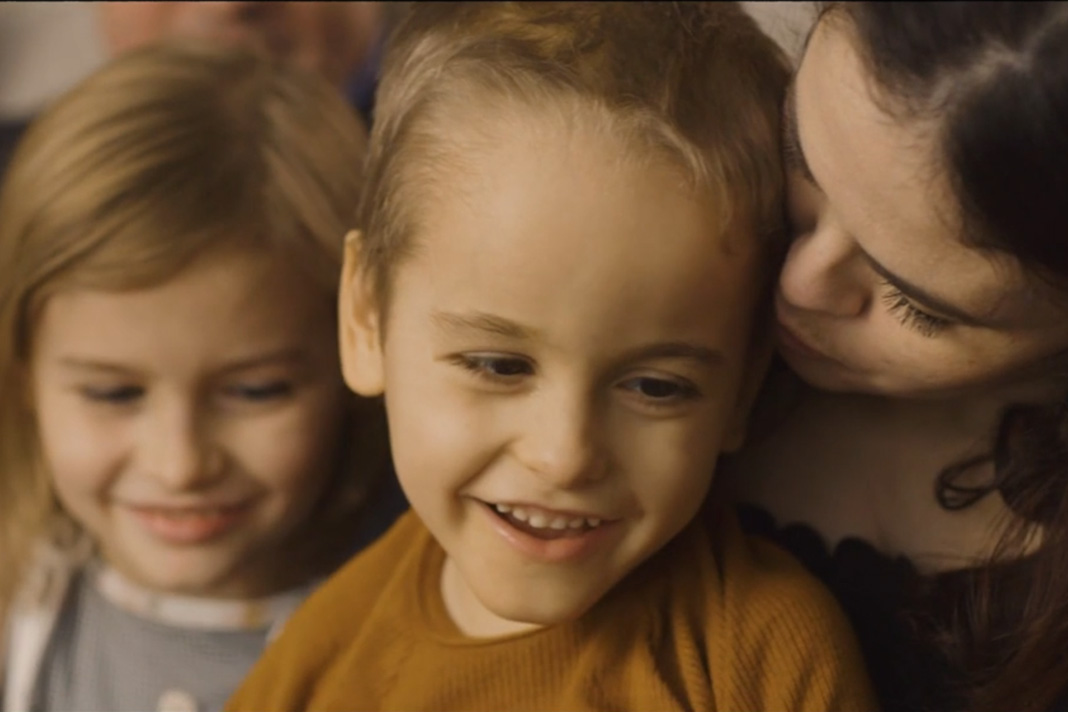 The youngest of four children, Michael was born prematurely at 33 weeks and suffered multiple setbacks. After receiving a rare diagnosis, his parents knew life had “changed dramatically.”

In a video for Live Action, Michael’s parents, Sarah and James, explained that when he was four days old, Michael began to have episodes in which he would forget to breathe.

“He had a very big event. He turned completely blue,” said Sarah. “There were three nurses sort of working on him and I’m sitting there and seeing this happen right before my eyes. And then I said a prayer, and I said to God… ‘Just let him live. I’ll do anything.’”

Michael was put on caffeine for a few weeks to help remind his brain to breathe. After 39 days he was finally able to go home, but soon the pediatrician starting noticing he had some concerning eye movements. Since they were going to check his eyes, the doctors decided to check his brain too. The neurologist said that Michael’s condition was so rare, only 12 other children in the world were known to have it.

Michael was diagnosed with a genetic mutation 15q13.3. He will likely never walk or talk. He has a feeding tube, is non-verbal, and is visually impaired. James explained that the things in life that most people take for granted are a struggle for Michael.

“You have this expectation [your children are] gonna one day leave your house and maybe potentially take care of you one day,” said Sarah. “When you have a child like Michael, that expectation is gone. You realize that you will be the one taking care of him, but you also realize that’s what God does for us every single day.”

It’s normal for people to say they only hope their babies will be healthy, but when Michael was diagnosed, James realized that to think that way was “a narrow view.” It isn’t about whether or not our children are healthy, but that they are their own unique person and deserve to be loved for that.

“We hear all the arguments about suffering and fairness and quality of life,” said James. “And I’ve had people say, ‘Did you have tests done?’ Almost like they’re trying to make an excuse for why we shouldn’t have had the baby. To imply that because their quality of life is different than yours might be,  you think they’re not happy and you think that they’re not useful to society, but they are. We were lucky enough for God to give us Michael, because we are pro-life.”

Michael’s grandfather Lamar also spoke in the video about the unethical laws that allow abortion on babies solely because they have received a diagnosis.

“I’m shocked by the countries that sort of are doing this selective abortion with regards to children that may have disabilities,” he said. “It’s like they’re almost hunting them down and saying we’re gonna execute you. And there’s this idea of trying to make the perfect human race or the perfect human people.”

Michael’s family said he has taught them about unconditional love, how to slow down, how to be there for each other and other people, and how to have empathy and compassion for others. Everything Michael does, they say, is a miracle.

“When he laughs, there’s no way that you don’t melt when you hear this kid laugh,” said James. “Michael’s never made a mistake. I’ve made plenty of mistakes. I’ve made plenty of mistakes today, but Michael’s never made a mistake so Michael can’t be considered a mistake. God’s got a plan for Michael and it’s been working out pretty well for him. I couldn’t imagine not giving him a chance to fulfill that plan.”