Home News What Should KwaSizabantu Mission Do About Allegations? 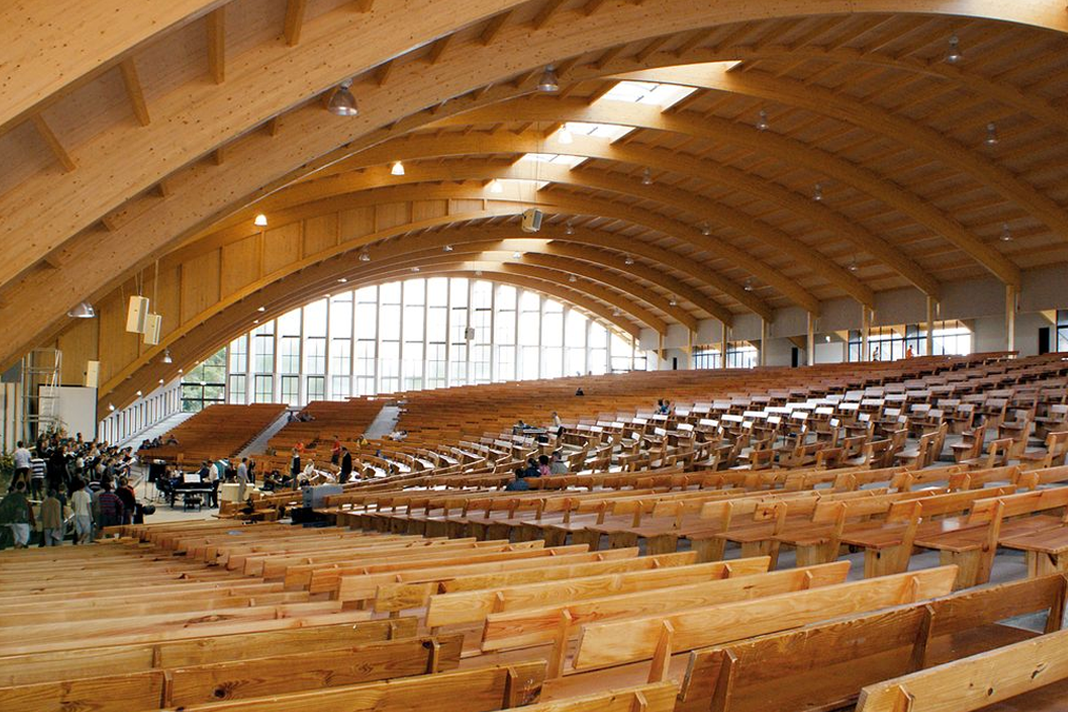 In the past week News24 has exposed serious allegations that have been circulating about KwaSizabantu (KSB) Mission, KwaZulu Natal.  The matter painfully affects the reputation of the Christian faith, but Christian leaders have done their best over many years to try to address concerns biblically, while KwaSizabantu has failed to cooperate biblically.

In year 2000, a panel of respected church leaders hosted an enquiry into the mission (see copy below and at https://bit.ly/2G5xGLo) which heard testimonies of authority abuse.  At the time KSB failed to participate in the hearing or respond to the specifics.  Shortly after this was published, I travelled to Kwasizabantu and met with many of the senior leadership, in the home of the founder, where I encouraged them to address these concerns and suggested how to do so.  They heard me and politely thanked me for the meeting.  Two of those senior leaders have since passed away, and in both cases, their own children have left and corroborated to me of allegations of authority abuse at the mission.  A number of people have come forward to defend the mission by telling of the varied positive works of the mission.

To the best of my knowledge all these positive accounts are true.  The mission has done incredible work to help orphans, drug addicts, to create jobs, provide Zulu language media services, educate people, promote sexual purity and the Sanctity of life.  Nevertheless, positive works are not an excuse to dismiss allegations of problems that were brought to church authorities.

Earlier this week KSB issued a statement denying the media reports bit.ly saying they had “complete openness to other churches and organisations”.  This claim conflicts with their refusal to respond either to the group of former members making allegations or to the panel of church leaders investigating.   The mission has attempted to label those trying to hold them accountable as opponents.  This is incorrect.  The panel of church leaders was on friendly terms before the investigation and I visited the mission on friendly terms – but they have failed to address the concerns raised.  It is not clear who if anybody, the mission leadership is accountable to – neither their own members, former members nor the broader Christian  ommunity.  I do not have personal knowledge to confirm or deny the specific allegations, but multiple allegations being made by credible people in terms of Christian church procedure, KwaSizabantu should have responded to the year 2000 church enquiry but failed to do so.  A so-called ‘evangelist’ who has come to KwaSizabantu defence with an article on News24 has himself been excommunicated on church discipline allegations since 2004, and is not recognised by any church in his home city.

On 25 Sept 2020,  KwaSizabantu announced they were appointing two lawyers to investigate the allegations https://bit.ly/3ctzeek. Those with allegations should send them to andrewarnott@sai.co.za I will be submitting the following recommendations to this panel.

What Should Kwasizabantu Mission Do About Allegations?

Serious allegations have been made in a News24 documentary regarding Kwasizabantu Mission (KSB) this month.  Allegations of authority abuse were made in year 2000 in a church leaders investigation (see below and bit.ly).

2. Governance reform:  Kwasizabantu has not responded either to the group of former members who raised allegations with them – nor to the investigation of the Evangelical Alliance in year 2000.  The question comes who are they then accountable to?  I personally followed up in a visit to KSB after the 2000 report.  One of the senior leaders Fano Sibisi who I spoke to at the time has since died and on his death his children issued a report of alleged abuse at the mission.  It seems although unhappy he had no power to hold the mission accountable.  It appears the mission was under the dictatorial control of the founder, who is now frail and someone else has taken over that role.

* ECONOMIC REFORM: At present, KSB seems a conglomerate of a religious organisation, several businesses, a massive farm, schools, charities, an air shuttle service employing several thousand people and worth hundreds of millions of rands all owned by the mission.   But if anyone leaves, they leave with nothing because all assets including their homes belong to the mission – so it is difficult for those who have invested their lives to leave.  And if the cost of leaving is too high, then members can’t challenge the leadership – and leaders will cling to power because else they may have to leave with nothing.  Economic independence will enable freedom to speak

1. They are not the only mission with such problems.

* INTERNAL ACCOUNTABILITY: There doesn’t seem to be any mechanism for its own members to hold their own leadership accountable for allegations.  If there is, they need to make this public and clear.  The founder is very old.

It is not clear who is currently leading the mission.

* EXTERNAL ACCOUNTABILITY: They don’t appear accountable to anyone outside. Shown in their failure to respond to the Evangelical Alliance church leaders investigation in 2000.  KSB had a relationship with Times Square Church, New York, who have since disassociated.  They had a relationship with theirEuropean affiliates and a Tugela Ferry congregation, who have since disassociated.   One religious leader who sticks with them based in Cape Town, has himself been excommunicated and is accountable to nobody.  KSB need to make public who they are accountable (credible Christian leaders in good standing with their own local church) to and who those with allegations can bring their concerns to.

* DISCIPLINARY PROCEDURES: Critics allege unfair, arbitrary and abusive discipline at the mission.  If these are true, it would warrant disciplinary action against the leaders guilty.  But there need to be clear procedures for any such process, which can be taken from scripture and the details copied from other organisations.

TO REMEDY THE ABOVE I WOULD RECOMMEND THE FOLLOWING:

* PROPERTY OWNERSHIP RIGHTS: Give their members some kind of capital ownership buy in (such as a share scheme in lieu of home ownership) which they have the legal right to also sell, so they are not left with zero assets if they leave.

* INTERNAL ACCOUNTABILITY: Make public a constitutional mechanism by which members can hold their leadership accountable, with regular meetings and elected office bearers.

* EXTERNAL CHURCH ACCOUNTABILITY: Name a board of external parties (not living at the mission and in good standing with their own churches) to whom they are accountable to which members or former members can bring complaints if all else fails.  This group should respond to complaints of alleged unbiblical teachings & abusive practices.

* LOCAL CHURCH ACCOUNTABILITY: Unbundle the religious, business and charity side of the massive mission so that the religious (church) part can function as a biblical church must be governed by elected elders who have passed a character screening test (1 Timothy 3; 5:20; Titus 1, Matthew 18).  The size of the mission may mean the need for several separate but related church congregations.  Each church congregation should have its office bearers, constitution and governance meetings.

* Once operational, the church congregations should undertake church discipline investigation of the allegations.

* The Evangelical Alliance investigation 20 years ago had around a hundred people testifying.  Since that time, the number making allegations has grown in some cases with families split.  KSB leadership rejected that forum.

Some forum needs to happen in which both sides participate and hear each other.

– If one or more serious allegations against one or more elder were proven true, then 1 Timothy 5:20 requires as part of church discipline that at a minimum for a leader found guilty to be rebuked publicly.  If the allegation was criminal, this would have to be dealt with by the courts as well.

– If an organisation as a whole is found to have done wrong, the pattern of institutional repentance to God is found in 2 Chronicles 7:14

– Kwasizabantu has appointed an attorney and advocate to investigate the allegations and produce a report by 9 October 2020.  Anyone with allegations should send them to the attorney Peter Le Mottee email: andrewarnott@sai.co.za , www.ksb.org.za
A strength and difficulty of using lawyers for investigation is that they are likely to require a high standard of evidence i.e. sworn statements in the form of affidavits from credible people.  The challenge then is for those making allegations to put them in affidavit form and submit them as a matter of urgency.  There is a limitation that if criminal allegations have been brought to the police, the witnesses cannot testify elsewhere until the matter is brought to trial.  But the lawyers could verify whether there are such cases pending.
– The CRL Commission is reportedly planning to investigate.  That may have some merit, but the CRL Commission has been clashing with the evangelical church for attempting to over-reach their constitutional powers and so their credibility is low.

* The allegations of a group of former members from KSB can be viewed at: www.ksb-alert.com