Home News 10 Plagues That Are Hitting Our Planet Simultaneously 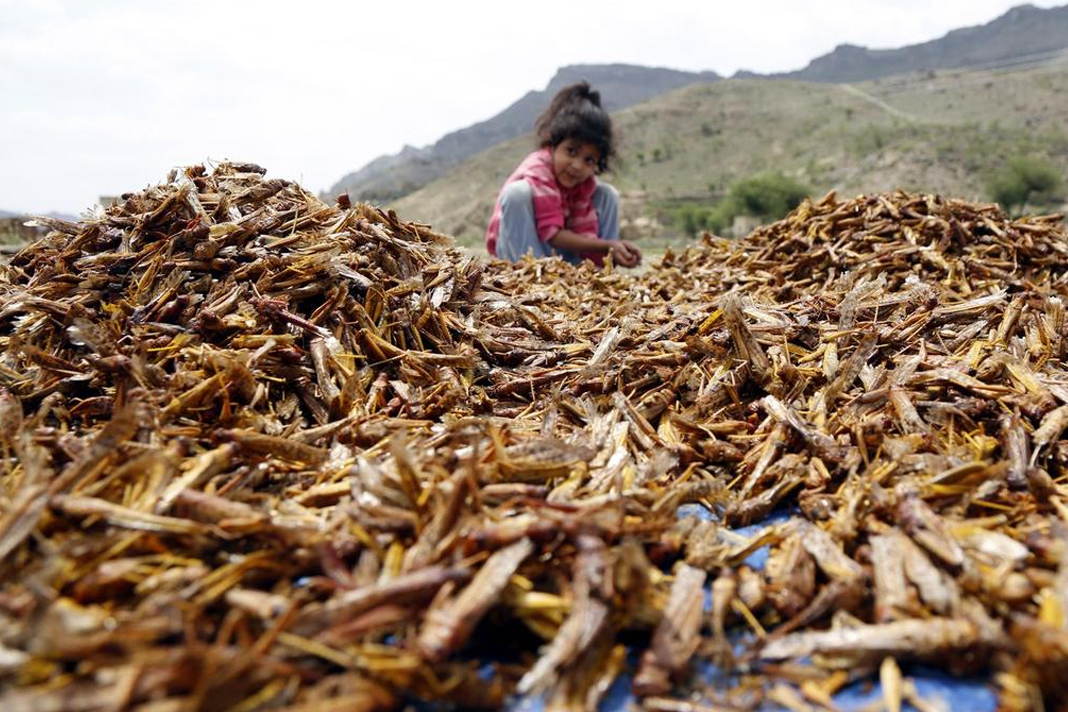 All of a sudden, really crazy things are starting to happen all over the world.

Giant swarms of locusts are absolutely devastating entire regions, extremely unusual storms are confounding meteorologists, earthquake and volcanic activity are both on the rise, and five very dangerous diseases are sweeping across the globe.

So far in 2020, it has just been one thing after another, and many are speculating about what could be ahead if events continue to escalate.

The other day my wife mentioned that one of her friends suggested that I should put together a list of all the weird stuff that has been taking place, and so that is what I have decided to do.

#1 Armies Of Locusts – As I detailed the other day, swarms of locusts the size of major cities have been devouring entire farms in Africa in as little as 30 seconds.  These swarms have also been spreading throughout the Middle East, and now we have learned that they have even reached China…

A gigantic swarm of locusts that belong to a plague that has ravaged millions of acres of crops across east Africa has been spotted reaching the Chinese border.

Billions of the insects have destroyed food supplies across Kenya, Somalia and Ethiopia in what has been described as the worst plague for decades.  There are fears this swam could grow exponentially over the next few months.

#2 Extremely Bizarre Weather Patterns – It is almost as if virtually all of the old rules have suddenly been thrown out the window.  An all-time record 209 mph wind gust just hit California, and absolutely crazy storms are happening all over the planet.  For example, just check out what just took place in Australia…

Sydney has been thrown into chaos by a devastating storm that saw two months of rainfall in just two days – forcing mass evacuations, leaving 150,000 homes without power, and prompted warnings not to drive to work.

The storm dumped 400mm of rain on the city over the weekend, causing mayhem for commuters on Monday morning with roads blocked, ferries canceled and trains suffering major delays across the network.

#3 Unprecedented Flooding – We are seeing unusual flooding all over the world right now, and the flooding that is devastating the southern U.S. at this moment is being called “unprecedented”…

In Jackson, Mississippi, hundreds of residents either watched their homes flood over the weekend or worried their residence would soon be drenched as the Pearl River crested Monday at 36.8 feet, its third-highest level ever recorded – behind only 1979 and 1983.

Calling the Jackson floods “historic” and “unprecedented,” Mississippi Gov. Tate Reeves said in a Sunday press conference that “we do not anticipate this situation to end anytime soon. It will be days before we are out of the woods and the waters recede.”

#4 Major Earthquakes – Really big earthquakes are happening with such frequency now that it is very difficult for me to write about them all.  For example, a magnitude 7.7 quake recently struck off of the coast of Jamaica, but I have been so busy writing about other disasters that I have not even mentioned it until now…

A magnitude 7.7 earthquake struck Tuesday about 80 miles from Jamaica, shaking people in the Caribbean and as far away as Miami.

A tsunami of 0.4 feet was recorded in the Cayman Islands at George Town, but no tsunami was observed at Port Royal, Jamaica, or Puerto Plata, Dominican Republic.

#5 Unusual Volcanic Eruptions – Seismic activity has been rising all over the globe, and over the past couple of months we have seen volcanoes all over the world pop off like firecrackers.  One of the most notable eruptions that we have seen in recent days was the most powerful eruption of Mount Merapi in 90 years…

One of Indonesia’s most active volcanoes, Mount Merapi just experienced its most powerful eruption since 1930! The eruption reportedly took place on Thursday and was caught on video displaying a powerful and terrifying eruption showing the moment the crater exploded and launched lava and ash an estimated 2,000 meters into the air forcing local residents to stay outside of the designated no-go zone 3km (1.8 miles) from the crater.

#6 The Coronavirus – Needless to say, the coronavirus outbreak in China has been getting more headlines than anything else on this list.  The numbers continue to rise, and many are speculating that this could potentially become the worst global pandemic since the Spanish Flu pandemic of 1918.

In a desperate attempt to keep the truth from getting out, the World Health Organization is asking the major social media companies to censor their users…

The World Health Organization has held talks with tech giants to stop the spread of coronavirus “misinformation,” despite the fact that some things once labeled “misinformation” have since turned out to be true.

The meeting was organized by the WHO but hosted by Facebook at its Menlo Park campus in California. Attendees included representatives from Amazon, Twilio, Dropbox, Google, Verizon, Salesforce, Twitter, YouTube, Airbnb, Kinsa and Mapbox.

#7 The African Swine Fever – “Pig Ebola” has already wiped out millions upon millions of pigs in China, and it has now spread to more than 40 other countries.  The price of pork is absolutely skyrocketing in China right now, and to help fill the demand the Chinese are increasingly importing pork from U.S. sources…

Tyson Foods Inc. says it’s just starting to see the benefits of the African swine fever outbreak in China, which includes a 600% year-over-year increase in pork orders to China in the fiscal first quarter.

#8 The H1N1 Swine Flu – Unlike the African Swine Fever, the H1N1 Swine Flu can actually kill humans.  In fact, it has already killed more people outside of China than the coronavirus outbreak has.  For instance, 13 people in Taiwan died from the virus in one recent week alone…

As of now, the H1N1 virus is posing a great threat once again as it has claimed 13 lives in Taiwan in the last week. This virus is highly contagious and is known to spread from human to human. It is especially dangerous for those with a compromised immune system like those suffering from chronic medical conditions and long-term health conditions.

#9 The H5N1 Bird Flu – This strain of the bird flu caused a massive global scare a number of years ago, and now it is experiencing a stunning resurgence.  China has had to kill thousands of chickens so far, and experts are warning that this outbreak could be just getting started…

China also is reportedly dealing with an outbreak of the deadly H5N1 bird flu in chickens in the Hunan province, an area that borders the province where the coronavirus emerged, according to the South China Morning Post.

As of Feb. 1, local authorities had culled 17,828 poultry after the H5NI outbreak, according to a statement by China’s Ministry of Agriculture and Rural Affairs.

#10 The H5N8 Bird Flu – This strain is different from the H5N1 bird flu, but many believe that it is even more frightening.  It has started to pop up in numerous places around the globe, and experts were really surprised when it recently made an appearance in Germany…

Germany has reported an outbreak of the highly pathogenic H5N8 bird flu virus in a backyard in the southwestern part of the country, the World Organisation for Animal Health (OIE) said on Monday.

The virus killed 44 birds out of a flock of 69 in Bretzfeld, in the Baden-Wurttemberg region, the Paris-based OIE said, citing a report from Germany’s food and agriculture ministry.

Can any of you remember a time when we have been hit by crisis after crisis like this all at once?

2020 has certainly started off with quite a bang, and many expect global events to continue to accelerate.

So hold on to your hats, because things are likely to get even crazier in the months ahead.

Date published: 28/02/2020
Feature image: A child sits near a large amount of roasted locusts after catching them at an agricultural area in the central province of Dhamar, Yemen, 24 June 2019. EPA