Home News 2,000-Year-Old Basilica To Be Excavated, Restored In Israel 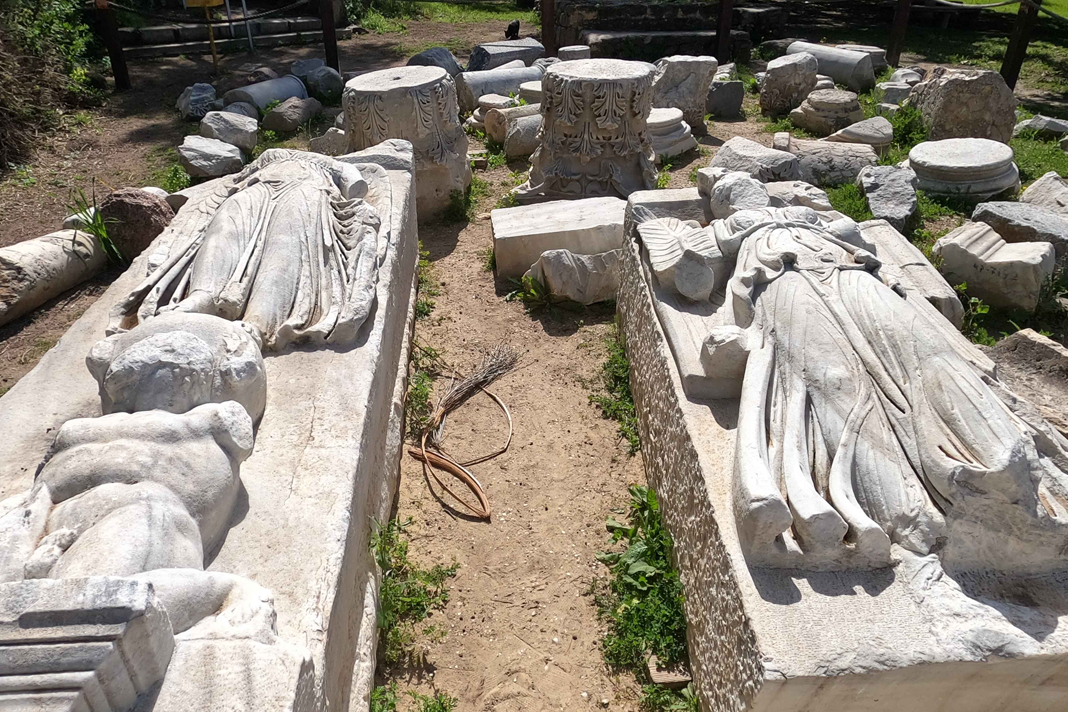 200 marble items found on the site include dozens of column capitals with plant motifs, and some bearing an eagle – the symbol of the Roman Empire.

A 2,000-year-old basilica complex dating back to Roman times will be fully unearthed, restored and opened to visitors as part of a renovation project in Tel Ashkelon National Park.

The complex, the largest of its kind in Israel, was discovered in archeological excavations led by the Israel Antiquities Authority (IAA) as part of an extensive development project of the Israel Nature and Parks Authority, the Ashkelon municipality and the Leon Levy Foundation.

The likely builder of the basilica is Herod the Great, whose family may have come from Ashkelon. Herodian coins discovered in the bedding of the structure’s ancient floors strengthen that hypothesis. 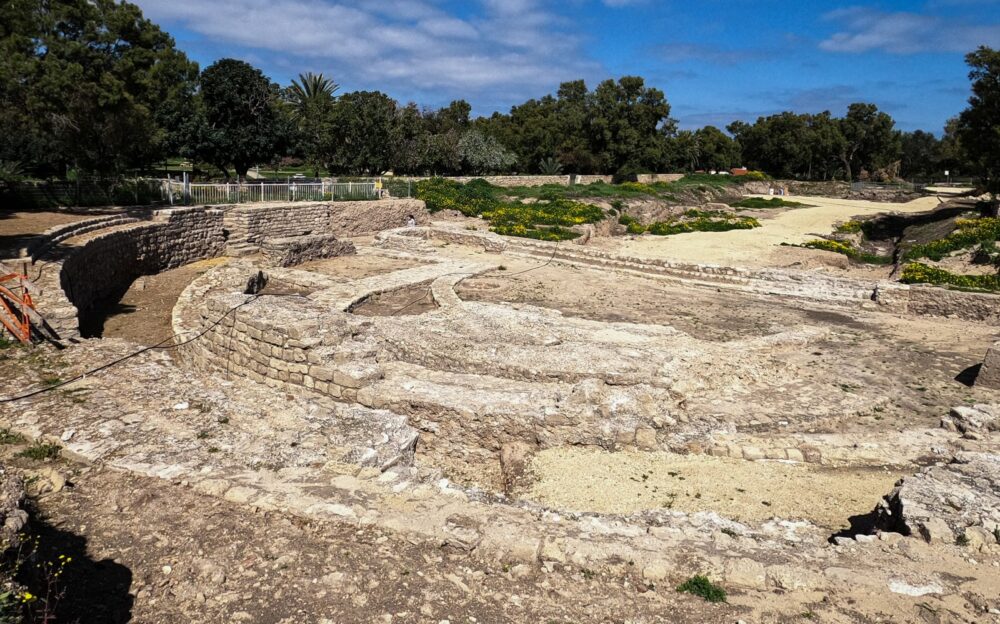 The 200 marble items found on the site, discovered over the course of many years of excavation, were made of marble imported from Asia Minor in merchant ships that docked at the shores of Ashkelon, which was a bustling port city and trade center.

Among the many unearthed pieces were dozens of column capitals with plant motifs, and some bearing an eagle – the symbol of the Roman Empire. 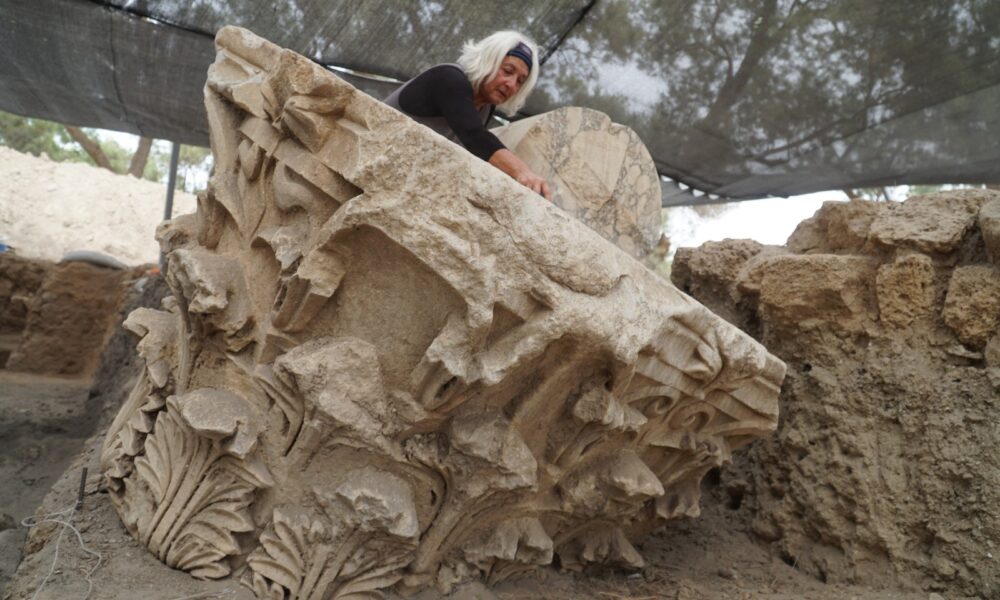 Archeologist Rachel Bar-Natan at the excavation of the basilica in the Tel Ashkelon National Park. Photo by Yoli Schwartz/Israel Antiquities Authority

During the Roman period, public life in Ashkelon revolved around its basilica, where residents conducted business, met for social and legal matters, and held cultural events and religious ceremonies.

The site was destroyed in an earthquake that struck the region in 363 CE, with the effects of the seismic waves clearly visible on the basilica’s floor. 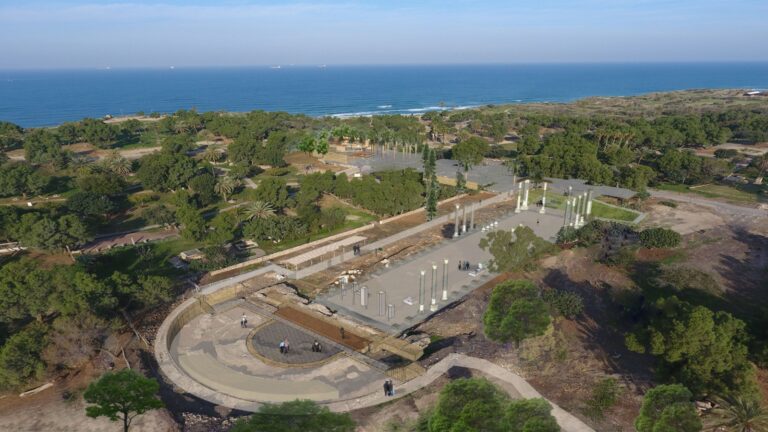 Rendering of the Basilica after restoration and development works. Image courtesy of Israel Antiquities Authority and Turner Landscape

British archeological excavations in Tel Ashkelon in the 1920s unearthed huge statues of pagan gods, including a statue of Nike, the goddess of victory, supported by the god Atlas holding a sphere, and a statue of Egyptian god Isis.

Tel Ashkelon was the first national park to be declared in Israel, in the 1960s.