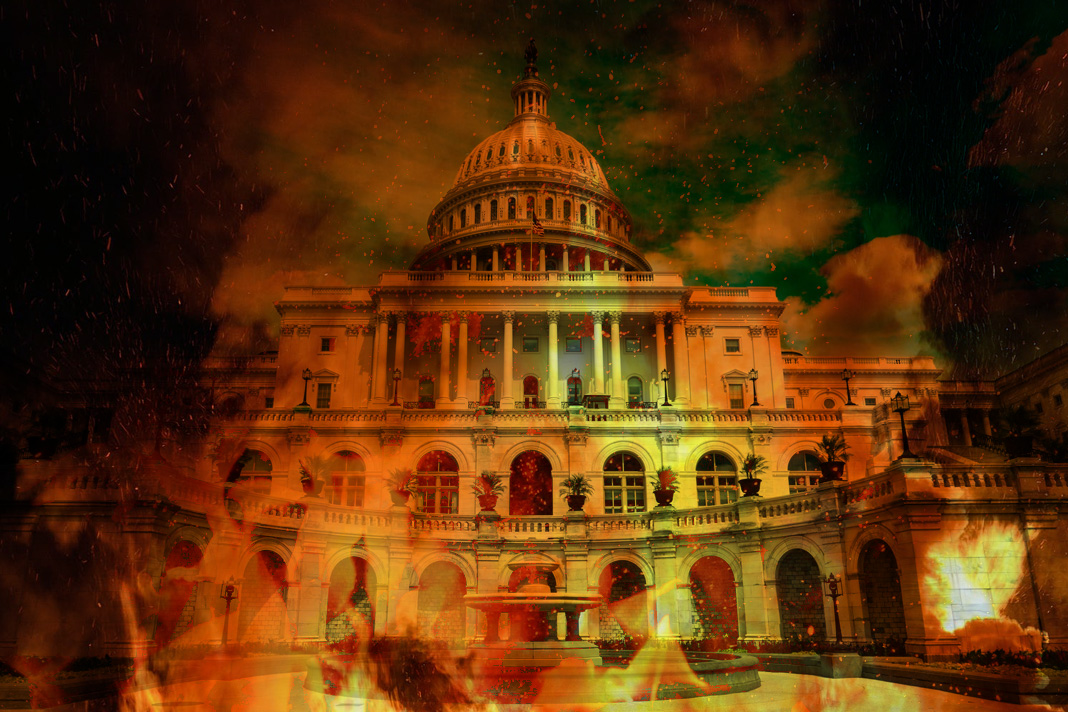 We are witnessing history.

The events of the past 48 hours will reverberate throughout the corridors of time. Their significance cannot be overstated. Because I lived 48 years in the Washington, D.C., area and 11 in Atlanta, Georgia, they have deep meaning for me personally.

First, what was described as the most consequential non-presidential election in our nation’s history, two leftist-leaning Democrats won Senate seats, enabling the Democratic party to seize control of our nation’s governance. Their radical socialist agenda will now be implemented with blazing speed catching scores of naïve citizens off guard, wondering how this all could have happened in the “land of the free and the brave.” It is indeed a dark day in the United States of America.

Second, under the banner of “Save America March,” hundreds of thousands of patriots representing over 74 million voters for Donald Trump listened attentively as our president methodically laid out a comprehensive case exposing massive fraud and corruption in the recent election and passionately appealed for the preservation of our Constitution and honest elections in our republic.

“We will never concede. We will not take it anymore!” Trump declared as he and countless millions believe we are experiencing the greatest scandal in America’s history.

From an on-the-ground perspective, I offer you three quick takeaways from this unforgettable event. I partnered with my longtime friend, Eric Holmberg, the founder and director of The Apologetics Group, who conducted nearly 40 on-the-spot interviews with people who came from across America to say by their presence something is seriously wrong, and it must be addressed.

Eric is currently producing The Great Reset: America 2.0, which examines the ongoing disintegration of the American experiment in Christian liberty and explores what Christians can do to work with God in order to see it restored. Buckle your seatbelt and be ready to be stirred and equipped!

3 Takeaways for Reflection and Action

1. The diverse crowd was overwhelmingly respectful but righteously angry. The gathered multitudes were a far cry from the boisterous, violent and destructive protests of Black Lives Matter, antifa and far-left extremists.

There were some fringe elements and, we suspect, “planted” agitators whose mission was to gain media attention and discredit the law-abiding citizens in attendance. Watch how the corrupt, sympathetic and Trump-hating media (that characterized crazed looters and criminals as “peaceful protesters”) will highlight incidents to continue demonizing our president and his “deplorable” supporters.

The mayor of Washington, D.C., is a leftist Trump-hater who might not mind disruptive chaos on the Capitol grounds where she has responsibility with Capital police to ensure adequate security and protection when there are large-scale events like this. Radical communist and socialist agitators are paid handsomely to infiltrate such gatherings to incite riots and demonize law abiding citizens.

Remember the Democrat-led cities this year with leaders displaying a “hands off/ignore the mayhem” approach in Portland, Seattle, Los Angeles, Chicago and elsewhere? Like COVID-19, Trump and “racist, white supremacists” were blamed.

The overwhelming majority of people in attendance were law-abiding, patriotic Americans who identify with the words of one of our Founding Fathers, Samuel Adams.

The liberties of our country and the freedom of our civil Constitution are worth defending against all hazards; it is our duty to defend them against all attacks. We have received them as a fair inheritance from our worthy ancestors. They purchased them for us with toil and danger and expense of treasure and blood and transmitted them to us with care and diligence. It will bring an everlasting mark of infamy on the present generation, enlightened as it is, if we should suffer them to be wrestled from us by violence without a struggle, or to be cheated out of them by the artifices of false and designing men.

2. The “Save America March” banner above the president summarized the sentiment of scores here and across America. In the greatest sermon ever given by the greatest teacher who ever lived, Jesus said this sobering statement:

“You are the salt of the earth. But if the salt loses its saltiness, how shall it be made salty? It is from then on good for nothing but to be thrown out and to be trampled underfoot by men” (Matt.5:13).

People present here and everywhere are grieving in spirit because they are aware that our beloved nation is on the slippery slope described above and in Romans 1:21-22, 24a:

“Because, although they knew God, they did not glorify Him or give thanks to Him as God, but became futile in their imaginations, and their foolish hearts were darkened. Claiming to be wise, they became fools. … Therefore God gave them up to …” What follows is the description of America today where we have overwhelmingly turned from God, lost discernment and are experiencing moral chaos.

When a supposedly Christian chaplain opens the Democratic Congress by appealing to foreign gods and ending with a distortion of the very word Jesus used, “amen,” the insanity is on our doorstep. God through 2020’s unprecedented events is attempting to awaken us to turn back to Him and our covenant heritage as a Judeo-Christian nation.

3. A contingency of dedicated Chinese Christians call for America to wake up. Interacting with about 120 Chinese expatriates from New York was both stirring and sobering. “Wake up America! Wake up!” was their impassioned plea.

They communicate to us the brutal realities of China as a totalitarian nation under the ironclad control of the Chinese Communist Party. The parallels of what’s happening in America today demands our urgent attention and action.

For decades we pampered and gave outlandish tax breaks and giveaways, thinking we could influence this populous nation to become more democratic like us. Instead, the reverse is happening, and we are increasingly becoming more like them. Socialism. Communism. Speech suppression. Restrictions. Surveillance. Revisionism. Removal of monuments. Income redistribution. Abortion. Propaganda. Government control.

The Chinese are warning us that “China is all about world domination. They’ve got a plan. Politicians embracing the globalist utopia seeing China as an ally are being massively deceived.”

Trump clamped down. They wanted him out. Is it conspiracy theory or is COVID-19, the Chinese virus, coincidental like the Dominion voting connection?

Bottom line: These Chinese people celebrating the freedom they enjoy in America are zealous for President Donald Trump. They are also zealous in warning us to beware of what is unfolding rapidly on our watch.

Here’s the Deal: Events in Washington, D.C. are unfolding even as I submit this report. Serious intercessory prayer is essential at this pivotal time. The words of Ronald Reagan are most apropos:

“You and I have a rendezvous with destiny. We will preserve for our children this, the last best hope of man on earth, or we will sentence them to take the last step into 1,000 years of darkness.”

America must wake up, pray, communicate the gospel and turn back to God before it is too late.