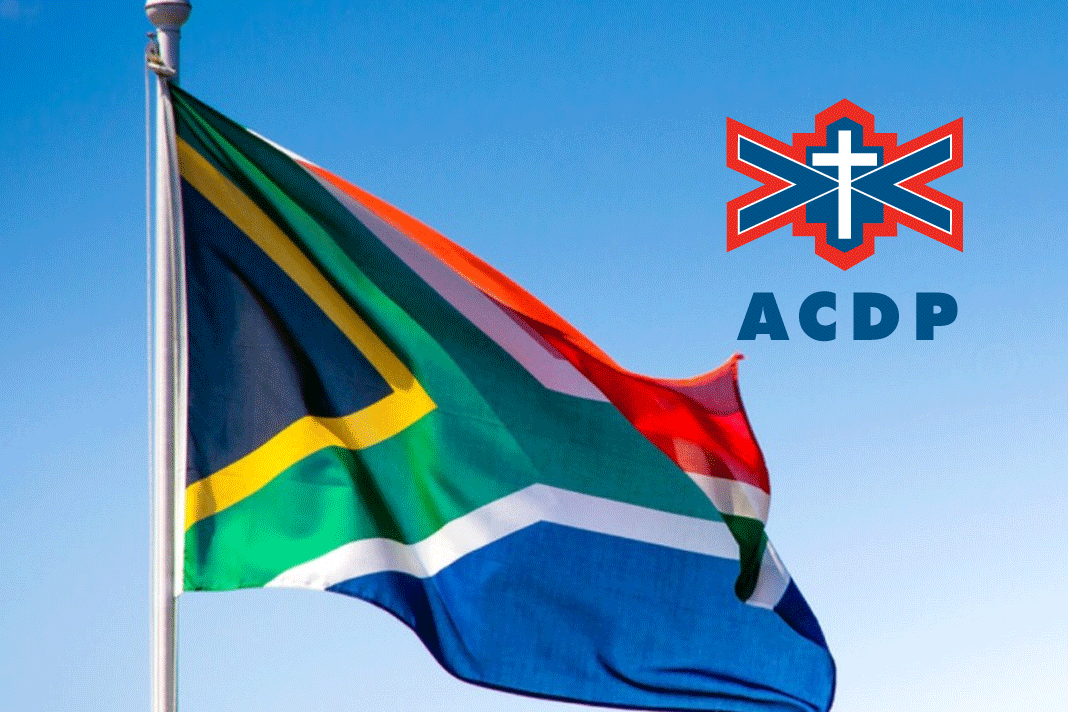 We are grateful for the great work Mr Errol Naidoo has done with Family Policy Institute, and the opportunities he gave ACDP Members of Parliament to appear on his programs to inform South Africans about Parliamentary issues that would affect them and how they should respond.

Earlier this year, Mr Errol Naidoo made it public that he was joining the African Christian Democratic Party (ACDP), who gladly accepted him. Mr Naidoo then made it clear on many platforms, that after praying, God called him to politics to serve in the ACDP. The leadership of the ACDP accepted his bona fides and welcomed him.

It is public knowledge that the ACDP garnered 0.57% of the vote in 2014, but recent polls indicated that we have grown our support base by almost 400% nationally. In addition, the ACDP received 7% of the vote in a recent by-election in the Western Cape. The increased support base is an indicator of the collective effort and commitment of the ACDP in continuously building the profile of the party. We are not where we would like to be, but we remain committed to working hard to grow the party in size and relevance.

The President of the ACDP, Dr Kenneth Meshoe, and myself as Deputy President, have engaged with thousands of pastors, leaders and business people around the country who have responded positively to the message and vision of the ACDP. The same can be said of other ACDP leaders and members who have weathered many storms in the party over the years, yet stayed faithful and dedicated to the cause of a Godly government serving all people in South Africa.

We have had challenges with different leadership styles and methodology that needed to be worked on, and we will ensure that the concerns brought to our attention will be attended to. The process of collective decision making within the ACDP, is a hallmark of our decision making process, which is something Mr Naidoo struggled with. We believe that collective decision making is imperative to maintain checks and balances, and promote accountability to one another. Proverbs 11:14 tell us that there is safety in the multitude of counsellors.

Radical changes certainly need to be made, however, some of the changes proposed by those not familiar with the running of a political party in a democratic dispensation would prove problematic as it would flout the constitution, rules, and procedures of the ACDP. Any change to our constitution can only be considered at a properly constituted National General Conference of the ACDP.

One of the biggest challenges the ACDP has encountered over the years is a lack of finance, which has made our efforts to improve communication, employ sufficient staff, and increase the visibility of the party a mammoth task. We are deeply grateful for all our members who believe in the vision of the party, and have sacrificed their time and resources to do everything they can to help increase the support base.

It is worth noting that Mr Naidoo constantly spoke of “my vision”, not our vision, or the vision of the ACDP. The vision of the ACDP has always been very clear, that is “to bring about a Godly government in South Africa which embraces all who live within her borders; to ensure that we build strong family units where our citizens live in peace and within safe environments; and to grow our economy in order to create much needed jobs”.

In a letter addressed to the ACDP leadership Mr Naidoo called for; “Pastor Kenneth Meshoe and the NEC to immediately step down from leadership”. A few hours later, an email was received from a former member of the ACDP who is now based in the US, Mr Jack Stagman, stating that the new President must be Mr Errol Naidoo. If all the leaders did not step down – action would be taken to discredit the party in the media. It is to be noted that the leaders of the ACDP are elected by a democratic process, not ultimatums. We do not hold any offense towards Mr Naidoo or those plotting against us, and we will continue to love and pray for them.

We appreciate all the support, constructive criticism, advice and prayers, and we will do our best to implement the necessary changes to effectively advance the Kingdom of God in our nation.

The leadership of the ACDP and its members wish to thank Mr Naidoo for his contribution to the party, and the brief time he spent with us as Communications Director. We pray that the passion and commitment that he has shown for families will continue to grow, and we wish him well in all his future endeavours.