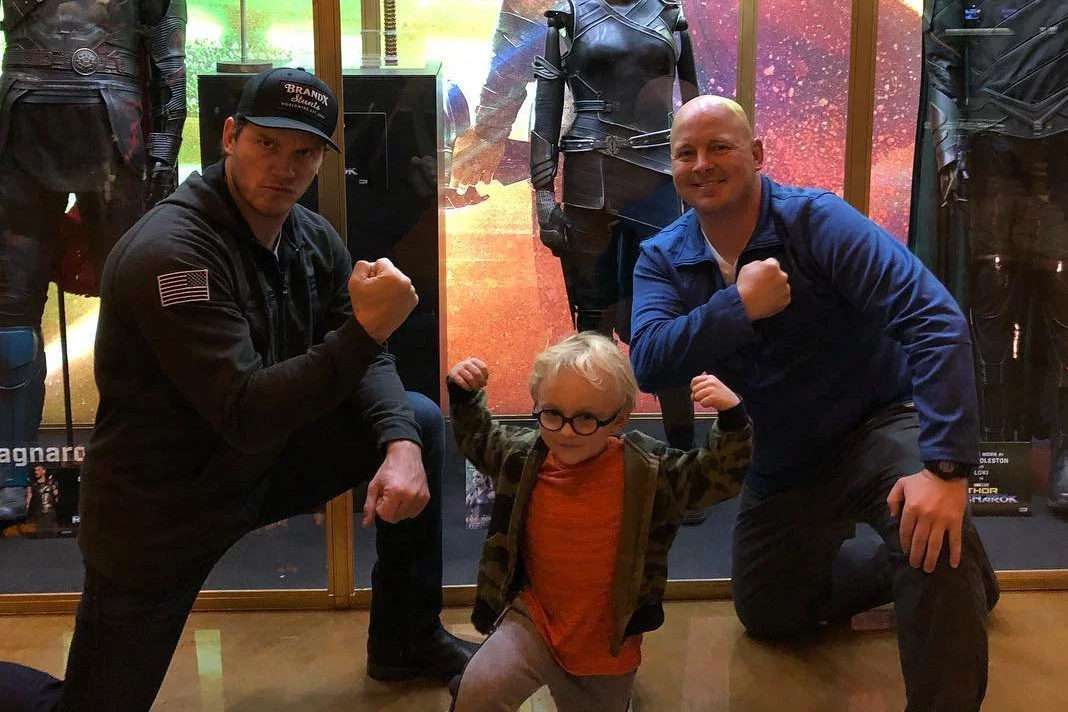 Cully Pratt, a California police officer and artist — who also happens to be older brother to Hollywood megastar Chris Pratt — is on a mission to help kids in tough neighborhoods plagued by gang activity and out-of-control drop-out rates.

Pratt and his famed brother came together last fall to support The Leaven at the Christian organization’s annual “Mayor’s Gala” event, and Pratt has continued to be a vocal proponent, recently telling The Pure Flix Podcast that The Leaven is offering a truly unique after-school mentor and tutor program.

“They are the solution. I’ve been in law enforcement now … coming on 16 years,” Pratt said. “And this is one of the best programs that I’ve seen to where [police] departments involved, fire departments are involved and leaders of the community are involved.”

Mark Lillis, executive director of The Leaven, explained that his organization’s work takes place in “high-density, high-crime neighborhoods,” with both he and Pratt explaining how these after school and mentoring centers “change communities from the inside out.”

Listen to the incredible story at the 26:50-mark below:

“We establish a tutoring center within the neighborhood and it’s kindergarten through fifth grade, because we were told by the Department of Education … that, at the third grade level, if a child is behind there’s a high, high probability that they will be dropping out of high school,” Lillis said.

“We’re really surrounding them with positive people with great morals,” Lillis said of the kids who participate in The Leaven. “We’re trying to surround these children and their families with … good, productive, solid citizens, so they can be that way within our communities.”

The Leaven was founded in 2009 in Fairfield, California, as a partnership between the city, churches, and the local school district. The central idea was to bring a learning center right into the middle of a difficult neighborhood — the creation of a safe place for kids to come and learn.

“The entire community came together, because there was a real need in the city of Fairfield … our civic leaders came together and said, ‘Hey you know what? We are going to place a flag right here in this neighborhood and do something great for kids,’” Lillis explained. “It was all the community leaders from our mayors to our county supervisors to our pastors to the school district.”

Pratt said that The Leaven’s unique efforts have even attracted some surprising allies.

“What we’re trying to do is we’re trying to basically look out and make your kids be able to have a better life than you currently have,” he said. “And I see that the leaders of communities — maybe even the gang members — are like, ‘Hey, I can respect that’ and they’ll stand up for it and they won’t be around those areas.”

That initial Leaven center created in Fairfield just a decade ago was just the beginning, as there are already 19 centers throughout California, with plans to expand to 25 in the beginning of 2019. And the model is so successful that people are also asking Lillis to help them launch centers outside of California.

Lillis said the police chief in Vacaville, California, saw his officers going into one location every other day before The Leaven opened a center. Now, crime has decreased in the neighborhood by over 50 percent within a six-month period.

“They didn’t put a police substation and they didn’t do any of those types of things,” Lillis said. “They just had a learning center there, and by changing … the root of 30 kids, it changed an entire neighborhood.”

You can get more information on The Leaven, and find out how you can sponsor a child in one of the organization’s phenomenal centers.