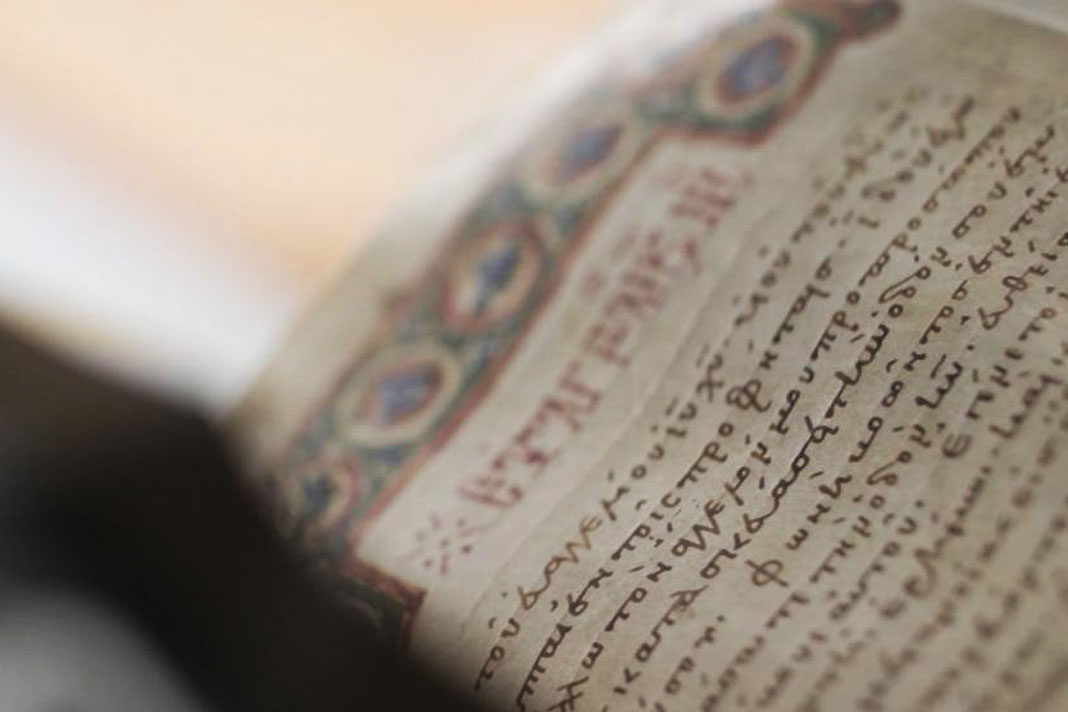 An ancient biblical manuscript missing for years was recently discovered at the Museum of the Bible.

The mystery began when the University of Athens discovered their 10-century-old manuscript had been stolen.

The manuscript dates back to the 1100s when a monk copied the four Gospels – Matthew, Mark, Luke, and John.

Odds are the book was used in a Greek Orthodox Church or monastery.

Fast forward some 800 years when it was donated to the University of Athens.

“They had put this manuscript on display beginning in 1987 at the anniversary of the founding of the University and they loaned it to the University Museum from the University Library along with three other manuscripts,” said Dr. Jeff Kloha, chief curatorial officer at the Museum of the Bible.

Fourth Manuscript Goes Missing
“Four years later they got a note from the museum registrars that well we have three of your manuscripts, but they didn’t say anything about the fourth manuscript not being there.”

From that point, the relic was basically MIA.

“The word is stolen, it was taken without permission,” Kloha said. “It’s pretty easy to slip something like this into a briefcase or a bag, there is no detector tracking system on it so it’s easy to remove.”

Ancient Manuscript in Hands of Multiple Collectors
Documents reveal it first resurfaced at an auction in 1998, then it passed through a handful of private collectors before being donated to the Museum of the Bible in 2014.

No one knew the truth because of tampering and a missing page.

“The page may have had some identifying marks,” Kloha said. “So it looks like someone internally tried to hide the identity of the manuscript.”

Ancient Bible Discovered in America
Meanwhile, the University of Athens did some digging and discovered its missing property could be in America.

“One of our scholars associated with us had posted information about the manuscript on a New Testament database and that’s where the University found the information and thought this looks kind of similar to our and let’s talk about this.”

That talk led to a breakthrough and the newly found document will soon arrive back in its home.

Museum of the Bible Returns Bible to Rightful Owner
“These are the inheritance of all humanity, the history of the Bible and how it has been preserved,” Kloha said. “It’s parchment, which as long as its properly cared for, will be preserved for a long time.”

The manuscript was packed up and will be hand-carried by Dr. Kloha to Greece in late October.

As to who took it, that part remains a mystery that scholars hope to solve soon.