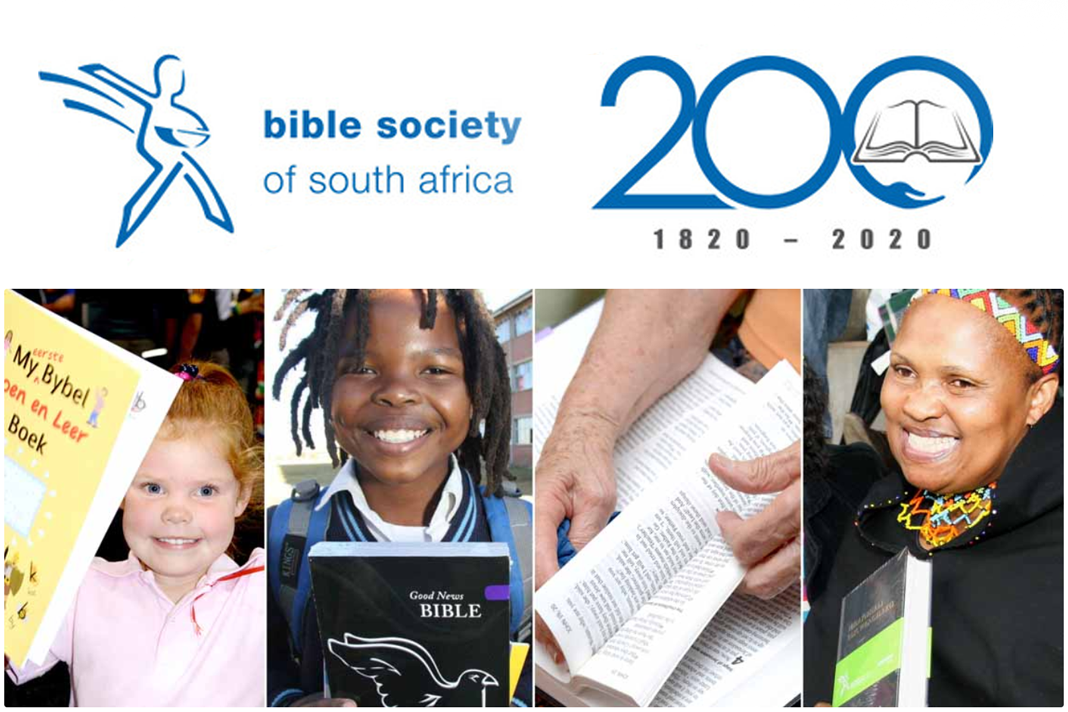 The Bible Society of South Africa (BSSA), a non-profit company, older than, among others, the oldest existing hospital, newspapers and banks in the country, celebrates its bicentenary on 23 August 2020.

The year 2020 has officially been designated as Year of the Bible and, this year, many Christian churches are focusing on the Bible and the work of the Bible Society anew. Due to the great need for Bibles in the country, the Bible Society had also decided to use this special occasion to raise funds to make 2 million Bibles available to those who are unable to afford one.

On 23 August 1820, the BSSA was founded as the South African Bible Society in the erstwhile Government House, known as Tuynhuys today. The Society was started as an auxiliary of the British and Foreign Bible Society with the aim to ensure that the Bible was available for the inhabitants of the Cape in their own languages, mainly English and Dutch, at affordable prices. Already from the earliest times, the Society also imported Bibles in other languages, among others, New Testaments in Malay for the slaves, as well as French and German Bibles for soldiers. The first Scripture in a local language made available for sale, was the New Testament in isiXhosa in 1858.

Through the years, the mission of the Bible Society remained to provide affordable Bibles for everyone in their own language and in suitable formats so that all could experience the life-giving message of the Word. Approximately 45 million Bibles, not only in the Cape but across South Africa, have been distributed over the past 200 years. Bibles are not only distributed in printed format, but also in, for example, braille, audio format, as well as a variety of digital formats suitable for the cellphone, computer and e-reader.

The heart of Bible Society work is the translation of the Bible from the source texts (Hebrew, Aramaic and Greek) in various languages. In South Africa, the Bible is available in all 11 official languages, and since the appearance of the very first Bible in a local language, Setswana in 1857, the Bible Society had been involved in one way or another. The last of the official languages to receive a Bible, was isiNdebele in 2012. Currently, we are working on the translation of the Bible into !Xun and Khwedam, as well as various revisions. As a part of the bicentenary festivities, two new translations will also be launched this year, in isiZulu and Afrikaans.

The BSSA had been planning for the commemoration of this bicentenary for the past two years. Unfortunately, Covid-19 had put a spoke in the wheels, “But thanks to modern technology, we could quickly make new plans to celebrate the bicentenary weekend (22-23 August) with Christians across the country and to thank God for his guidance over the past 200 years,” said Rev Dirk Gevers, Chief Executive Officer of the BSSA.

On 22-23 August, we will host a Virtual Run and Walk for Hope. Kindly visit www.biblesociety.co.za  to register for the distance of your choice (5 km, 10 km, 21 km and 42 km) and help to make the Book of living hope available.

On 22 August, a special drive by birthday bash will take place at each of the five Bible Houses in the country (Bellville, Kempton Park, Bloemfontein, Durban and Port Elizabeth). People are invited to visit their local Bible Houses from 09:00, and at the same time, to bring a gift along for the Bible Society.

On Sunday, 23 August, there will be special radio broadcasts on SAfm and RSG, as well as a thanksgiving service to be held at Bible House, Bellville, at 09:00. People across the country, and indeed the world, will be able to watch the proceedings Live on Facebook and YouTube. A virtual Songs of Praise concert conducted by Richard Cock will take place at 15:00 that same afternoon. The events will also be available on the above-mentioned platforms. These events are free, but viewers are encouraged to support the 2 Million Bibles project.

The next time you open your Bible, appreciate the work of the Bible Society that has already translated, published and distributed Bibles in South Africa for the past 200 years. 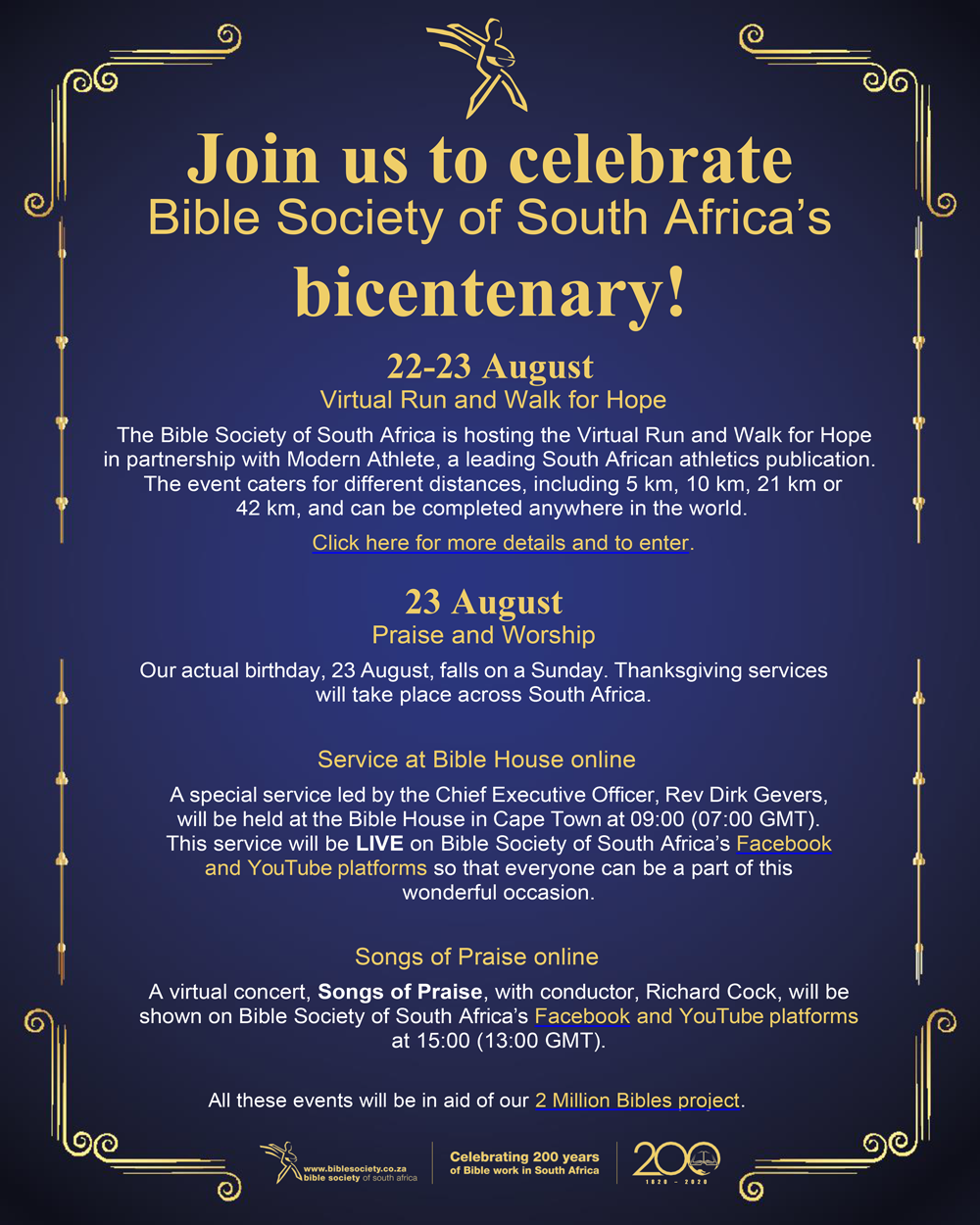