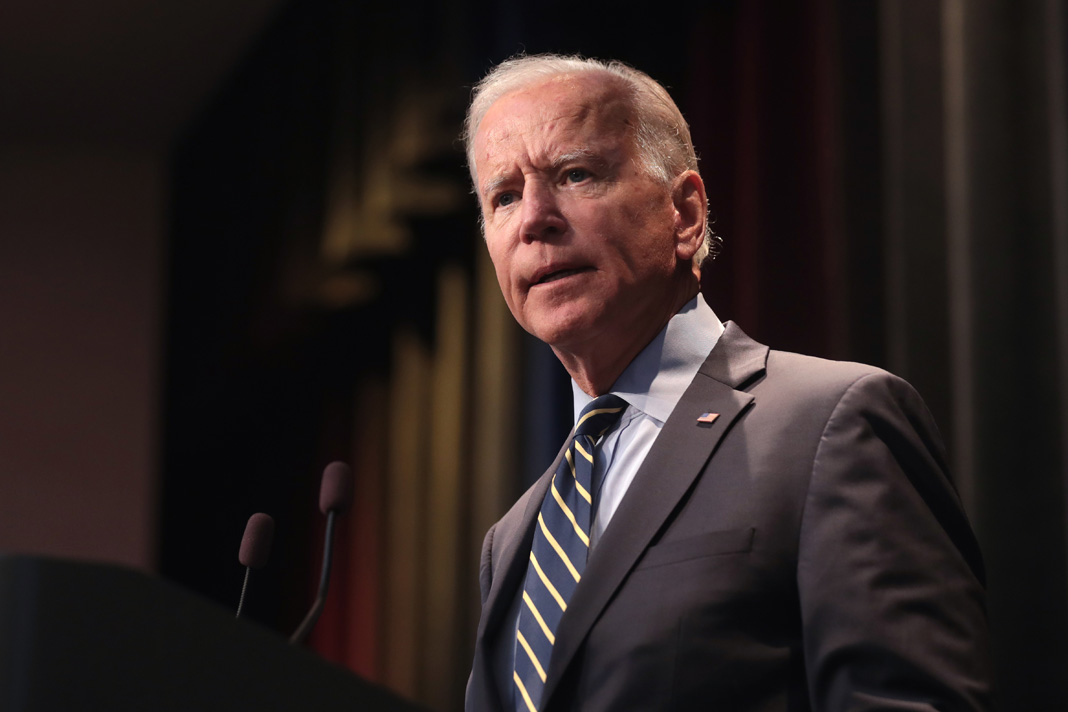 “Birthing people” – a gender-neutral phrase coined by the Left but panned by many on the Right – landed in President Biden’s 2022 proposed budget.

The phrase is viewed as inclusive among its supporters, who say it encompasses the transgender community as well as biological females. But critics say it denies biology and wrongly replaces simpler words and phrases – like “mothers” and “pregnant women.”

The phrase was the topic of a social media debate in May when House Democratic leaders, on multiple occasions, said “birthing people” during a House Oversight Committee hearing.

On Friday, the phrase was used in an even bigger platform: President Biden’s proposed budget, when it was used in reference to pregnant women. The phrase was included in a section about high maternal mortality rates among minority communities.

“To help end this high rate of maternal mortality and race-based disparities in outcomes among birthing people – and in addition to the investment in maternal health included in the American Families Plan – the Budget includes more than $200 million,” the budget proposal says.

The proposed budget did not include the phrase “pregnant women” or the word “pregnant,” although it did include “pregnancy” twice.

In May, Democratic Rep. Carolyn B. Maloney (N.Y.) asked during the House committee hearing on maternal health, “How does one of the most medically advanced nations in the world continue to fail black birthing people at such high rates?”

Rita Lowery Gitchell, special counsel for the Thomas More Society, asserted in a May 25 column that the phrase denies reality.

“This is a name change suggestion to allow women who have taken surgical or psychological steps to deny their chromosomal female identity and to take on a male or binary or non-binary identity and not be referred to as ‘mother.’ If the ‘birthing people’ do not retain their uterus and the hormones needed for reproduction, gestation, and childbirth then they will not be ‘birthing people’,” Gitchell wrote.

“A chromosomal male who takes surgical or psychological steps to identify as female, binary, or non-binary will not have the biological features of a ‘birthing person’. So not just anyone can be a mother or ‘birthing person’. The biological differences of men and women allow for the creation of life and for the person or being with the female chromosomes to bear life.”

Ken Ham responded to this news via Facebook, condemning the Biden Administration. The founder of Answers In Genesis stated that the administration’s actions are all a part of an “anti-biblical worldview revolution,” which is “taking over government and country“:

Haven’t I heard the phrase, “follow the science,” from this administration? Yet items like this show how anti-science they are, and so anti-Christian, anti-biblical, anti-logic, anti-truth, anti-life (so pro-abortion), and anti-family (destructive to the true family built on one man and one woman).

It’s all part of an anti-God, anti-biblical worldview revolution taking over government and country.

“For there is no truth in their mouth; their inmost self is destruction; their throat is an open grave; they flatter with their tongue. Make them bear their guilt, O God; let them fall by their own counsels; because of the abundance of their transgressions cast them out, for they have rebelled against you” (Psalm 5:9).