Home News Bringing The Word To The Persecuted Church In Nigeria 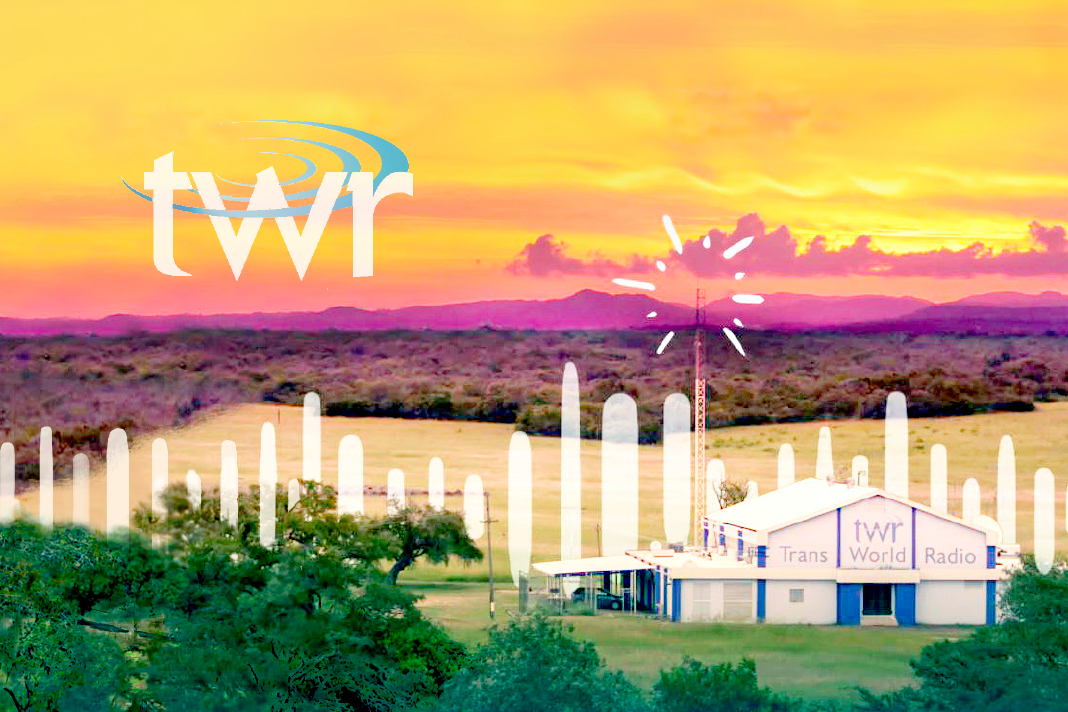 Remaining on the top ten countries of Open Doors’ World Watch List, Nigeria is Africa’s most populous nation, dubbed ‘The Giant of Africa’, and remains one of the world’s most persecuted countries. Open Doors states that “Persecution in Nigeria is, simply put, brutally violent.” According to recent media reports, Christians continue to suffer incessant attacks in Nigeria.

Staggering statistics
The numbers are staggering. An estimated hundred thousand Christians have been killed over the past 20 years, while over two million have been displaced. More than on hundred girls, reportedly abducted by the terrorist group Boko Haram, have yet to be found, as well as hundreds of other children who have been captured.

For decades, Fulani militants have attacked Christian farming villages in Nigeria’s Middle Belt region—where the Muslim north meets the Christian south—displacing millions of Christians and leaving them without reliable access to food. These Fulani herders have had increasing conflict with largely Christian farmers over limited natural resources in the country’s Middle Belt in recent years, while the radical group Boko Haram continues to threaten safety in Nigeria’s north.

Fulani herdsmen have been responsible for the most killings of late, having murdered an estimated 1909 Christians in the first 200 days of 2021.

Praise God for TWR’s programmes which do not require passports or visas to enter the domain of extremists, bandits, fraudsters, and thieves. 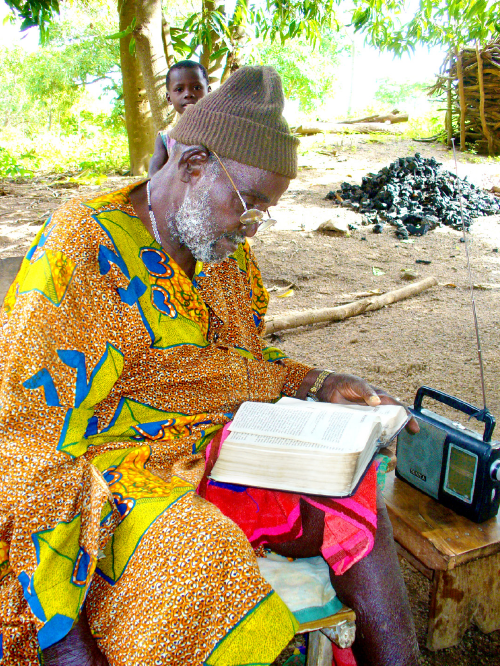 Growing concern from churches
The murder and kidnapping of Christians in Nigeria have prompted Church leaders to express serious concern about the security of their members and to call on the government to prioritise the security of its citizens.

Bishop Matthew Hassan Kukah, who leads the Sokoto Diocese in Nigeria’s north-western corner, stated the following in a 2021 media interview, “A catalogue of unprecedented cruelty has been unleashed on innocent citizens across the Northern states. In their sleep, on their farmlands, in their markets, or even on the highway, innocent citizens have been mowed down and turned into burnt offerings to gods of evil.”

The Good News!
Amidst this turmoil, TWR has broadcast Christ’s hope into Nigeria for years, using an omnidirectional antenna. The
150 000-watt Oasis transmitter, newly installed at TWR’s West Africa Transmitting Station (WATS) during the past three years, covers the entire country of Nigeria, and several surrounding areas with a strong, clear AM signal. Broadcasts are shared in local heart languages such as Hausa, Yoruba, Igbo, and Kanuri, to name a few.

TWR brings the Gospel
TWR’s Christian programme content includes devotionals, audio teachings, music, encouragement and more. “People are looking for outside news outlets. People want to hear outside news and so when anybody is listening to the radio, [who] just wants to hear what is going on in the world, they may stumble on to our radio station, and be able to listen to something in their heart language,” says the director of the West Africa Transmitting Station, Garth Kennedy.

In addition to long-time favourites like Thru the Bible, a diverse range of regional and international programmes make up the schedule. TWR leaders have particularly high hopes for two programmes, The Way of Righteousness and The Prophets, which effectively share the Gospel with Muslim listeners by emphasising biblical figures recognised in Christianity and Islam.

Pray for safety and protection of TWR staff, missionaries, and listeners. 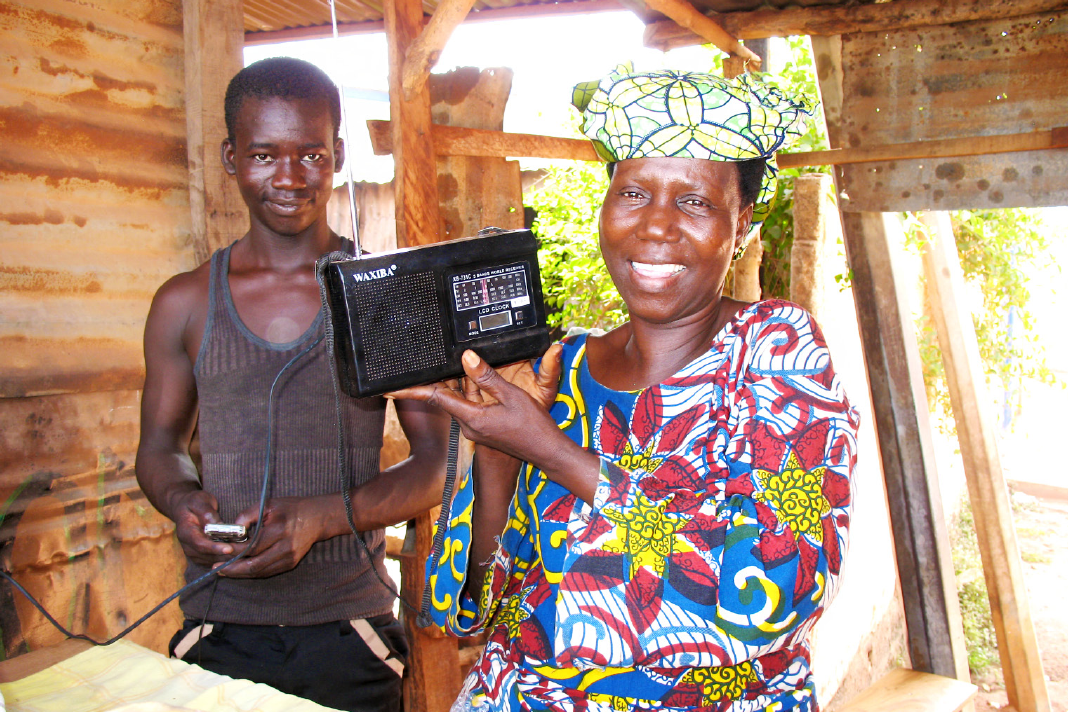 TWR listener groups
As it becomes increasingly dangerous to gather in large groups in the North of Nigeria, due to the high possibility of persecution, TWR National Partner in Nigeria, Victa Media, started small listener groups. They provide the groups with bluetooth speakers and The Way of Righteousness programmes in the Hausa language on WhatsApp. These groups then connect a cell phone to the Bluetooth speaker, and sit around it to listen to the programmes together.

Christian shop or kiosk owners will also often hang a radio in their places of business, and play TWR programmes loud, so that clients and people on the streets can hear the Word of God.

A man emailed TWR after listening to the world-renowned Thru the Bible programme: “I really appreciate your programme. The Lord will strengthen the ministry. Continue to pray for us in the north. We are facing terrible persecution here.”

PLEASE PRAY
Please pray for the families of those who were killed during attacks and for the safety of Nigerian citizens living amid extreme violence. Pray that the Nigerian government would be wise in dealing with terrorists and that they will end this insurgency as soon as possible. Praise God for TWR’s programmes which do not require passports or visas to enter the domain of extremists, bandits, fraudsters, and thieves. Pray that they will tune in to TWR’s broadcasts and be irreversibly touched and changed by God. Pray for safety and protection of TWR staff, missionaries, and listeners in Nigeria.