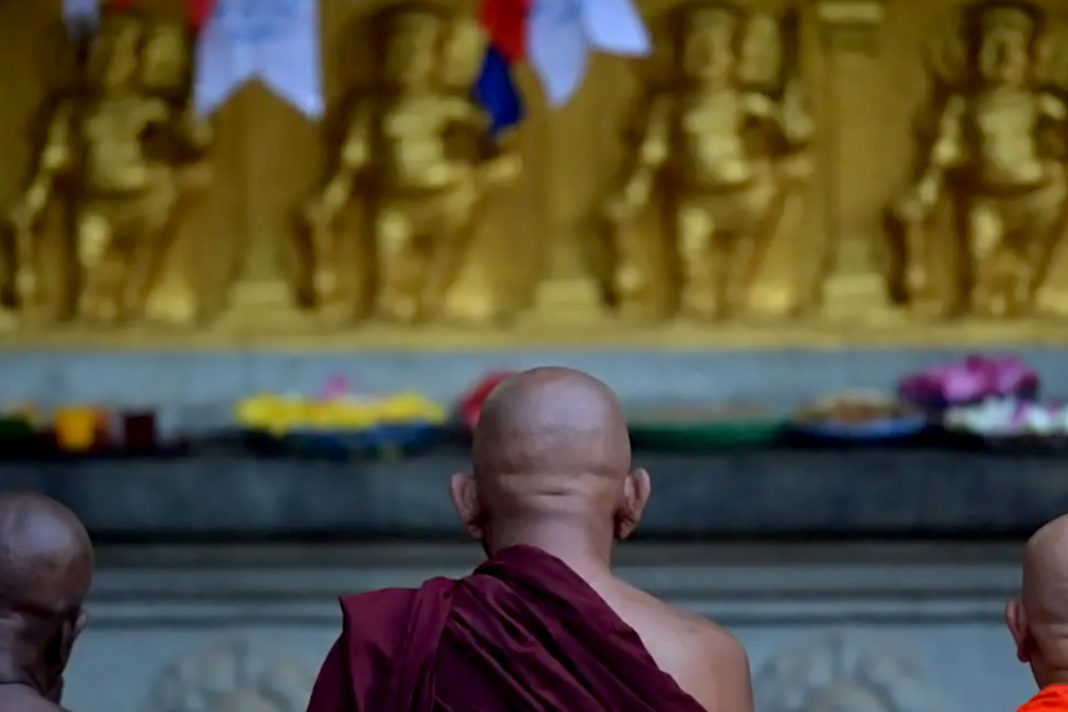 In South Asia, God showed up at a Global Disciples leadership training event. Global Disciples’ Tim relates the story of a Christian worker named Elijah who was leading a training event when a Buddhist monk came across the meeting. Elijah invited him in, and the monk stayed for the rest of the day. Once the training for the day concluded, the monk asked Elijah if he could return the next day, but with two friends. Elijah agreed.

Sure enough, the following day brought three Buddhist monks. They stayed for several days. As they were hearing in the discipleship classes about who Jesus is, what He does, intimacy with him, and what it means to be a Christian, they said: ’Well, somebody has to be wrong here. Either Buddha is god or Jesus’. They asked Elijah if he would be willing to test and see who really was God. They would go to a forest to fast and pray, and if God or Jesus could bring them lunch and make it rain, then they would accept Jesus as Lord.

The men travelled to the jungle and once there, they prayed. At 12:30 pm, there was a man hollering in the forest. The stranger stumbled into the opening where Elijah and the three monks were. The man was lost, but as they talked together, he opened his bag and shared his food with them. God gave them their first miracle. However, it still needed to rain. But as it was the dry season for this region, there were no clouds in the sky on this particular day. Eventually, the monks left the forest, unconvinced by the meal.

Elijah wrestled with God, even so much so that His whole body was sweating, and he was wrestling and wondering: ‘God, do you really do things like this? Would you make it rain?’ Elijah finally returned home. Around five o’clock that evening clouds began to form and it rained so hard that they had to cancel their evening service.

The next morning, the three Buddhist monks returned to where Elijah was leading the training, and they proclaimed Jesus Christ to be Lord. They were secretly baptised by Elijah. They left their Buddhist priestly robes in the area of the forest where they had met with Elijah, as a symbolic gesture of leaving their old lives to begin a new life in Jesus.

Today, these three Buddhist monks are evangelising and they’re working among drug addicts in their country.