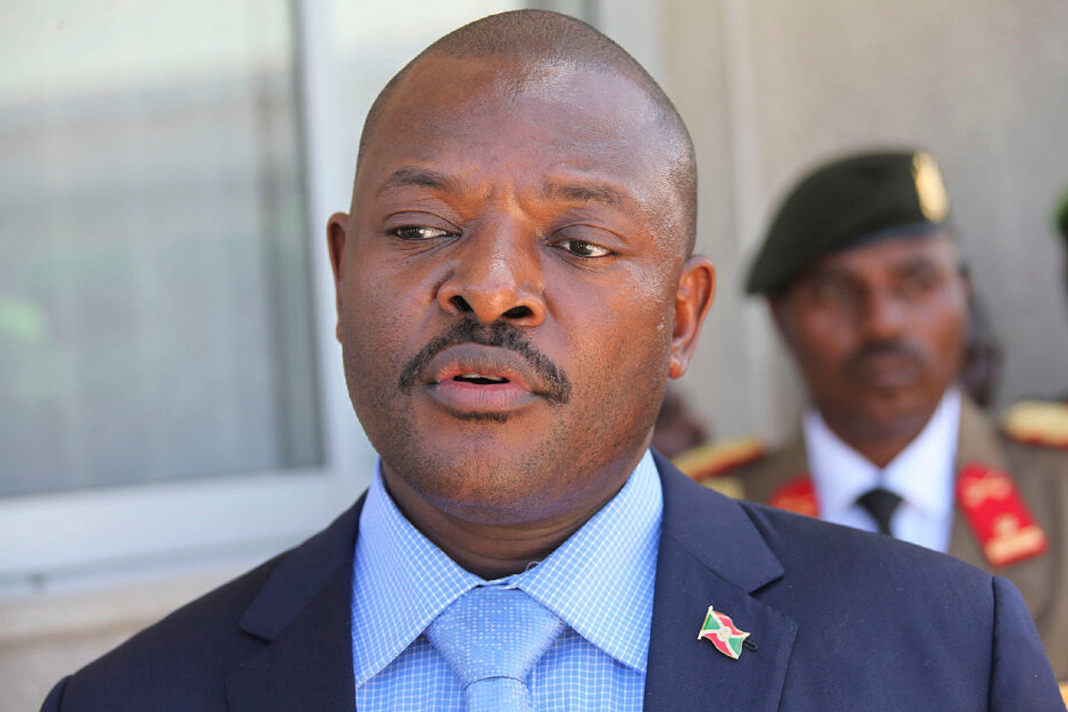 President Pierre Nkurunziza of Burundi, who died June 8 at 55 years old, was a study in contrasts. He was known for his public declaration of faith, and his political rallies were akin to Christian crusades, with days of prayer, preaching and gospel songs. Meanwhile, his opponents disappeared mysteriously, and some pointed their fingers at Nkurunziza.

However, it was his biggest — and last — contradiction that will forever remain etched in the minds of Burundians and Burundi watchers. As the COVID-19 pandemic broke out, Nkurunziza studiously ignored the virus, saying his compatriots were safe from infection.

Before his death, Nkurunziza said God had “cleared the coronavirus from Burundi’s skies.” According to Kenyan news site The Star, Nkurunziza recently said, “Burundi … has signed a special covenant with God, whether you believe it or not.” Similarly, Human Rights Watch reported that Nkurunziza’s spokesperson, speaking of exposure to the coronavirus, said, “Burundi is an exception … because it is a country that has put God first.”

Nkurunziza also expelled the World Health Organization expert team from the country for “unacceptable interference in its management of the coronavirus,” according to a Burundian official who spoke to The Guardian on condition of anonymity.

Yet Burundi’s first lady, Denise Nkurunziza, was airlifted to a hospital in Nairobi, Kenya, for COVID-19 treatment on May 28. The hospital would not release information on her condition, citing patient confidentiality. The president’s mother also has reportedly contracted the virus.

According to France24, the first lady left the Nairobi hospital for the Burundian capital, Bujumbura, last week to join her compatriots in mourning her husband.

On June 8, the government of Burundi issued a statement announcing the president’s death. According to the report, the head of state had attended a volleyball game, after which he suddenly became ill. He was rushed to a local hospital, got better and was discharged. However, his condition later deteriorated, leading to death which was attributed to cardiac arrest.

But diplomatic sources have said Nkurunziza died of the coronavirus. “He had coronavirus but no one would say so because the president had played it down all along,” said a western diplomat based in Bujumbura, according to The Star.

In life, Nkurunziza stated he believed in freedom of speech, yet his critics were silenced while others were forced into exile. The physical education graduate was coach of the army football team when he was in the military. As president, he had his own football (soccer) team — Hallelujah Football Club, where he was said to be a regular scorer.

His decision to run for an unconstitutional third term led to demonstrations in which hundreds lost their lives. However, when the polls were held last May, he sat out and said he would assume the title of “Supreme Leader,” perhaps in the line of the Iranian hardliners.

Some people in rural areas remember him as the head of state who was often with them in their farms, helping them grow avocados, a gesture that earned him the moniker “Avocado President.” His fan base speaks of the steps he took in education, which they say helped Burundi achieve substantial growth in its literacy rate since his election in 2005.

Though estimates place Burundi’s literacy rate around 68.4% as of 2017, Serges Claver Nzisabira tweeted, “With a literacy rate of 85.6%, Burundi occupies the first place in the East African Community in terms of literacy. Thank You Nkurunziza!”

Joachim Ntahattereye, Bishop of Muyinga and President of the Conference of Catholic Bishops of Burundi, in a message of condolences for Nkurunziza’s death, said: “We thank the deceased for the many positive works he did for Burundi as President of the Republic and we are committed to praying for him, so that God will give him the right reward for all the things he accomplished, guaranteeing him eternal happiness in his Kingdom.”

Writing in the academic journal The Conversation, Kiwuwa says: “History will judge Nkurunziza as someone who brought unnecessary pain to a nation that had long suffered from political misrule, but who in death bequeathed it a golden opportunity for renewal.”

Just as when he was alive, Nkurunziza’s death divides the people of Burundi.