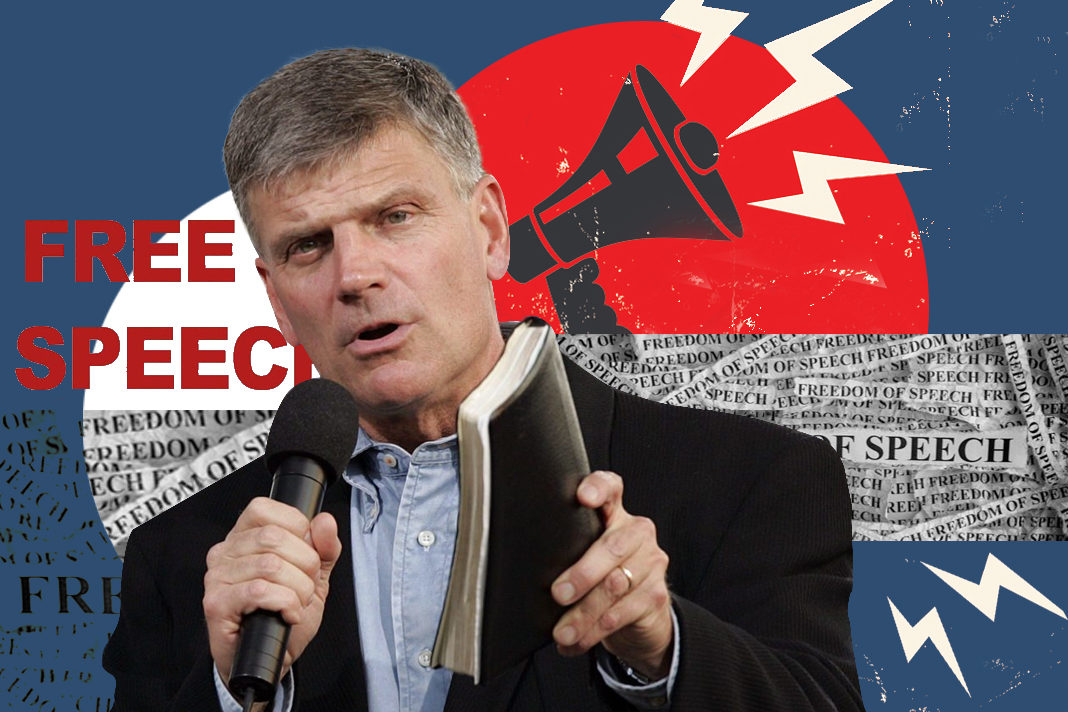 Church leaders and Christian groups have criticised the “deeply regrettable” decision to prevent the US evangelist Franklin Graham preaching the Gospel.

Ministers said it was “antithetical to freedom of speech”.

A series of conference venues cancelled bookings for Franklin Graham’s gospel events because of opposition to his views on homosexuality.

Civic liberties
The West of Scotland Gospel Partnership – which includes Christian Institute trustee Dr William Philip – called on the SSE Hydro arena in Glasgow to reverse their decision, saying failing to do so would “have serious repercussions for the civic liberties of all”.

They added: “Franklin Graham is being discriminated against for having on occasions expressed mainstream Judaeo-Christian views on sexuality.”

Covenant Fellowship Scotland, which represents hundreds of Church of Scotland ministers, elders and members, said that the decision “has alarmed many” who want to publicly express traditional Christian beliefs about marriage and sexuality.

The SSE Hydro admitted it had cancelled the booking following pressure from Glasgow City Council.

Cancelled
Seven venues across Britain have now cancelled the scheduled events, including Liverpool and Newcastle upon Tyne.

The Bishop of Newcastle, Christine Hardman issued a statement to all Churchwardens in the Newcastle Diocese stating her opposition to Franklin Graham’s orthodox views on sexuality.

She said she valued free speech but that Revd Graham’s views were at odds with “the inclusive values of our city”.

“I will not be encouraging the parishes in this Diocese of Newcastle to support it.”

Good news
Revd Graham has planned to preach the Gospel on an eight-venue tour between May and October.

He said: “My message to all people is that they can be forgiven and they can have a right relationship with God. That’s Good News.