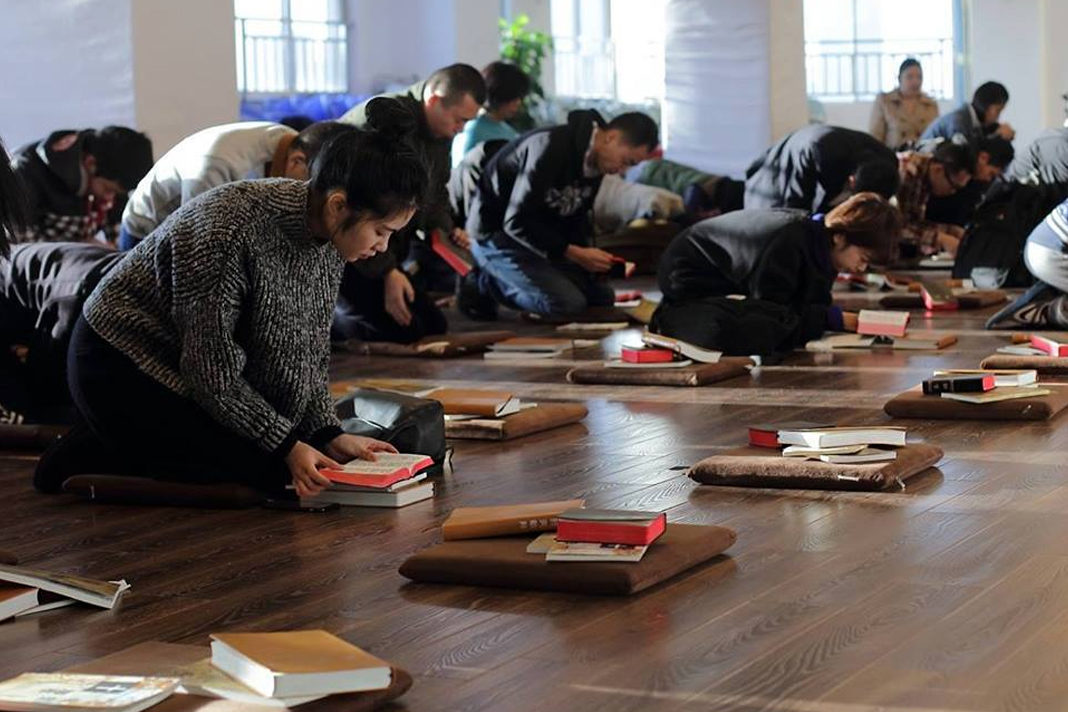 A local government communications agency in China held a seminar in April to discuss with Communist Party members the “enormous harm” the growth of Christianity is to the atheist nation.

The Chinese Christian persecution watchdog China Aid raised an alarm about the event, titled “Christianity’s Enormous Harm on China’s Security,” held on April 22 in the city of Hebi in China’s Henan province.

According to the NGO, the seminar encouraged party members to avoid being persuaded by Christian ideology and to sustain “correct views” when it comes to religion.

“The Chinese government often views religions, including Christianity, as foreign attempts to undermine its rule, even though there is no evidential basis for such a claim,” the China Aid report reads. “As a result, they often try to suppress religious adherents, and they openly forbid Communist Party members from practicing a religion.”

UCANews.com, an organization that exclusively covers Asia-Catholic news, reports that the Hebi Municipal Radio Administrative Bureau in Henan publicly admitted to holding the seminar on its WeChat page. However, the post was deleted from the social media platform two days later.

The seminar comes as China has seen explosive growth in the number of believers over the last several decades since the Cultural Revolution. Estimates have even suggested that China is on track to have the largest Christian population in the world by 2030.

According to a Council on Foreign Relations report from last October, the number of Chinese Protestants has grown by an average of 10 percent annually since 1979.

Fenggang Yang, a professor of sociology at Purdue University’s Center on Religion and Chinese Society, estimated in 2017 that there are anywhere from 93 million to 115 million Christians in a nation of over 1.3 billion people, reports the South China Morning Post.

About 30 million Christians in China are estimated to attend state-sanctioned churches while many others attend illegal underground house churches that are not registered with the government.

Authorities throughout China have shut down a number of prominent house churches and arrested Christians for worshiping without the approval of the government. For over 10 years, China has imprisoned American Pastor David Lin, who has maintained his innocence on a charge of “contract fraud.”

Ying Fuk-tsang, director of the divinity school at the Chinese University of Hong Kong, told ucanews.com that the Hebi seminar reflects the Chinese government’s increasing controls of ideology in China through telecommunications and internet networks.

“[T]herefore it is no longer a single religious department to manage religion, but the joint effort of different departments to manage all around,” Ying explained, adding that he believes that President Xi Jinping is part of the effort to claim religion is a threat in China.

In late April, authorities in China abducted a Catholic priest and forced another to relocate after they refused to join the state-sanctioned Catholic Patriotic Association ahead of Easter celebrations. Additionally, authorities are reported to have destroyed a Catholic church in the town of Xiantao in the Hubei province.

In March, authorities closed down a 1,000-member house church in Beijing and demanded churchgoers sing a statement vowing to stop attending the church.

The U.S. Commission on International Religious Freedom slammed China in its 2019 annual report released last week, reiterating the fact that China is among the worst national violators of religious freedom in the world.

China has been listed as a “country of particular concern” for religious freedom violations by the U.S. State Department for the past 20 years.

In the 2019 USCIRF report, Commissioner Johnnie Moore offered strong criticism of last year’s agreement between the Chinese government and the Vatican to recognize government-appointed bishops while deposing of prominent Christian leaders who have suffered “horrific persecution in previous generations in China.”

“Literally, within days of the Vatican negotiating its deal, the Chinese used it as cover to embark upon the closure of several of the nation’s largest and most prominent unregistered church communities,” Moore stressed.

“That has continued. Being that the Vatican is both a Church and a State, it is my opinion that the Vatican now bears a significant moral and legal responsibility to help solve the problem which it helped create — albeit inadvertently — by providing China license to viciously crack down on Christian communities (as cited in this report), and by providing the Chinese government further cover to continue its incomprehensible, inexcusable and inhumane abuses of Muslim citizens in the western part of the country.”

Human rights activists and U.S. government officials have criticized China over reports showing that authorities have detained about 1 million Uighur Muslims in labor camps in the Xinjiang Region in Northwest China.

The New York Times reported in December that the government showed Uighur Muslims who had renounced their religious convictions on television as “models of repentance” who are now earning what the government claimed to be good pay as factory workers.

The government also claims that the labor camps in Xinjiang serve as “training centers” where detainees are given job training and education about the dangers of radical Islam. However, critics have accused the government of detaining Uighurs and brainwashing them with communist propaganda while subjecting them to torture and abuse.

In March, U.S. Ambassador-at-large for International Religious Freedom Sam Brownback warned while in Hong Kong that the Chinese government is “at war with faith.”

“It’s a war they will not win,” Brownback declared. “The Chinese Communist Party must hear the cry of its people for religious freedom.”