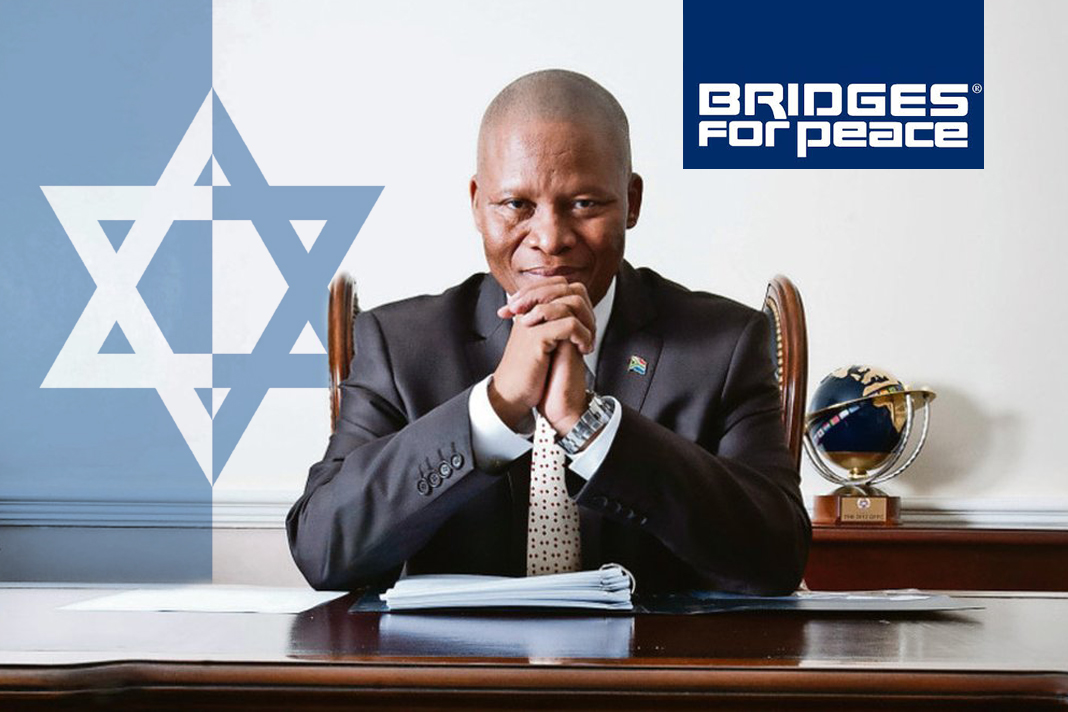 Recently the Chief Justice of South Africa Mogoeng Mogoeng and Chief Rabbi of South Africa Warren Goldstein participated in a Jerusalem Post initiated panel discussion on the topic “Confronting the Apartheid of the Heart.” It was set against the backdrop of rising racial tensions across the globe ignited by the senseless death of George Floyd. A large part of the discussion revolved around present racial turmoil. Both men, each from their own experience and faith perspective, shared out of the deep well of wisdom that was built from personal involvement as South Africa emerged from apartheid.

It was inevitable that the discussion would also involve both the South Africa/Israel dynamic and the Israel/Palestinian situation. Avoiding pointed questions concerning individual role players, the Chief Justice said that from a practical perspective it was unfortunate that the South Africa government, with probably the best credentials to be a mediator, had turned its back on Israel. Furthermore, he noted that as a Christian he recognized the importance of God’s Word and specifically that we were called to stand with Israel based on Genesis 12:3.

The Chief Justice is not alone in his conviction that Christians should stand with Israel and that the modern re-emergence of the Jewish people in their historic homeland does correlate convincingly to multiple passages of the Bible. These Christians are people who take God’s promises of provision, healing and protection at face value and apply this same faith to the passages that refer to Israel’s return. Their love and support of Israel is not self-seeking and does not equate, as insinuated in some comments, to hatred for any of the other role players. Although institutions such as the SA Council of Churches, The Evangelical Alliance of South Africa and some denominations have added their voice in condemnation of not just Mogoeng Mogoeng but also others like him who share similar views, there are more in their pews who stand with Israel than those who don’t.

Mogoeng Mogoeng’s expression of his stance on Israel has unleashed a barrage of vicious attacks on him personally including calls for his removal from his position as Chief Justice. These attacks have come from the political establishment, anti-Israel movements and sadly, even from within the Church. It is a sad reflection on these critics that had the Chief Justice spoken out against Israel, the very things used as weapons against him would have been used as the tools used to applaud him.

As South Africans and based upon our constitutional rights, we reject any attempts to inhibit Mogoeng Mogoeng’s rights to free speech and his ability to practice and share his faith. The Chief Justice’s willingness to express himself publicly as a Christian also empowers all other people of faith who perceive an erosion of these rights in the public domain.

As an organisation and part of the Israel voice for Bible believing Christians in South Africa, we affirm our support for the Chief Justice, Israel and the Jewish community in South Africa. We also affirm our commitment to restore balance to the Israel narrative in our society and to assist the Church, through education and discussion, to be at peace with itself concerning the matter of Israel.

South African Friends of Israel will be hosting a virtual protest in support of Chief Justice Mogoeng Mogoeng and his love for Israel. The protest will take place on Friday 3rd July 2020 at 1pm and comes in direct response to the ANC’s virulent attack on the Chief Justice and on the free speech that our constitution protects.

Join us the Virtual Protest, moderated by Pastor Barry Isaacs, with various Christian leaders who will be speaking out for Freedom of Religion and Freedom of Speech in South Africa.