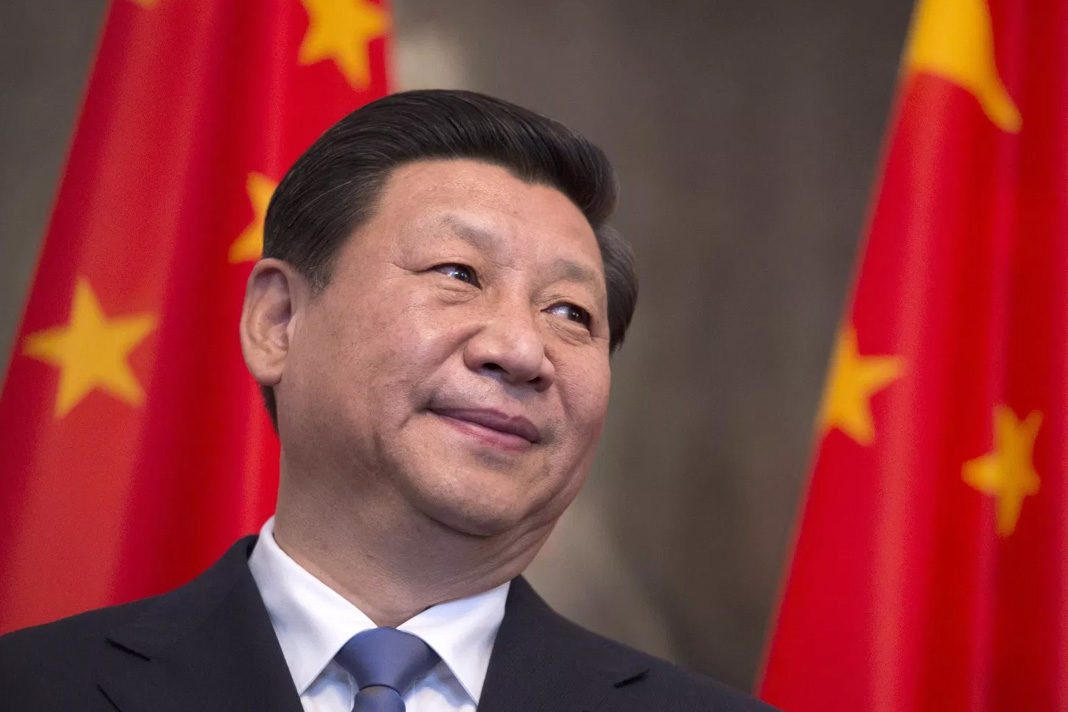 It was 40 years ago that China opened its doors to the world and launched a series of ambitious reforms that would create one of the world’s largest economic engines.

“China is now the world’s second largest economy, the biggest manufacturer, top trader of goods, and the second largest consumer of goods and recipient of foreign investment,” Chinese President Xi Jinping said during a speech in Beijing celebrating the 40th anniversary of the landmark reforms.

“December 18, 1978, was an important day to be remembered in the history of the Chinese nation,” Xi added, saying that it marked the “start of a great journey of reform, opening-up and socialist modernization.”

But unlike Deng Xiaoping, who helped launch the country’s reforms 40 years ago and wanted to reduce the power and influence of the Communist Party over civil society, China’s current leader believes in the absolute power of the Party and wants his government to exert control over every aspect of Chinese life.

Since coming to power in 2012, Xi has severely cracked down on human rights, religious freedom and freedom of expression. Christians are experiencing some of the worst persecution in decades.

“Under President Xi, the government has further tightened control over Christianity in its broad efforts to “Sinicize” religion or “adopt Chinese characteristics,” Human Rights Watch said in a statement.  “In other words, to ensure that religious groups support the government and the Communist Party.”

Christians are not alone. Muslims, Buddhists and other faith groups are also coming under intense scrutiny.

“The Chinese government has also ratcheted up restrictions over Buddhism in Tibetan areas and imposed unprecedented control over religious practices in the predominantly Muslim region of Xinjiang,” Human Rights Watch added.

The recent arrest of a prominent church pastor underscores the level of persecution against Christians.

On December 9, authorities in the city of Chengdu, in China’s southwestern Sichuan province, arrested pastor Wang Yi, along with his wife and 100 members of Early Rain Covenant Church.

Authorities shut down the church and charged pastor Wang with “inciting subversion of state power.”

Ian Johnson, who has written extensively on Christianity in China and knows pastor Wang personally, said, “One can only hope and pray that he will come out of jail or that the sentence will be light, but given the current climate I’m not so sure.”

Johnson, writing for the New York Times, said the charge against Mr. Wang and his wife, Jiang Rong, “was far more severe than what other leaders face” and that the term “subversion of state power” is “a catchall charge often used against dissidents and political activists who speak out against the government.”

Wang and his wife could face up to 15 years in prison if convicted.

This past Sunday morning, members of Early Rain Covenant Church were blocked from entering their worship building. With their leaders detained and facing jail, churchgoers decided to pray and worship outside.

Early Rain, like scores of other congregations, is outside government control as part of China’s burgeoning so-called underground or house church movement.

Appearing on CBN News‘ WorldBeat, Todd Nettleton of Voice of the Martyrs, says this movement has touched every corner of China.

“And that’s the exciting thing, all across China, there are house churches, there are what they call ‘family churches’ and the reason the Communist government is so worried is because there are far more Christians in China than there are members of the Communist Party,” Nettleton told CBN News.

On a special edition of CBN News Showcase, Sr. International Correspondent George Thomas shows how the Gospel is spreading inside China.

In recent months, Beijing has waged a brutal and widespread crackdown to stop the growth of these unregistered churches.

“This crackdown I think is a direct response to the fear of the Communist Party leaders who see the church growing way faster than the party is,” Nettleton said.

Fenggang Yang, a leading expert on religion in China, says what started several years ago as a small government campaign against unregistered churches has turned into all-out war.

“The campaign was first experimented in Zhejiang province from 2014 to 2016,” Yang told CBN News. “Now, it has become a nationwide campaign.”

Mr. Fengang, who once predicted that China could become the world’s largest Christian nation, says the government, headed by Xi Jinping, views Christianity as a threat to the party’s long-term political aspirations.

“Christians are the remaining NGO’s (non-governmental organization) in the shrinking civil society in China,” Yang warned. “Under Xi Jinping and the Chinese Communist Party, they are really trying to establish a totalitarian rule of Chinese society and the Christians are standing in the way of totalitarianism, so that’s why they’ve become a target.”

Pictures shared on Early Rain’s Facebook page claim to show that police physically abused some of those arrested after they were taken into custody.

Foreseeing his possible arrest, pastor Wang wrote a letter titled “My Declaration of Faithful Disobedience” with instructions that it should be published if he went missing for more than 48 hours.

In it, Wang vowed to use non-violent methods to stand against Chinese laws he believed were against the Bible and God.

“My saviour Christ also requires me to joyfully bear all costs for disobeying wicked laws,” Wang wrote.  “I am filled with anger and disgust at the persecution of the church by this Communist regime, at the wickedness of their depriving people of the freedoms of religion and of conscience,” he added.

Wang is boldly pushing back against the government’s harsh treatment of Christians.

“As a pastor of a Christian church, I must denounce this wickedness openly and severely,” Wang wrote. “The calling that I have received requires me to use non-violent methods to disobey those human laws that disobey the Bible and God.”

“Separate me from my wife and children, ruin my reputation, destroy my life and my family – the authorities are capable of doing all of these things,” Wang warned. “However, no one in this world can force me to renounce my faith; no one can make me change my life, and no one can raise me from the dead.”

Wang is no stranger to authorities. He was once one of China most prominent civil rights lawyers and intellectuals. In 2005, he had an encounter with Jesus Christ and decided to convert to Christianity.

“He was also one of the most gifted and intelligent pastors I had ever come across,” Johnson wrote on his website. “Maybe because of his background as a human rights lawyer, or just because he was filled with the Holy Spirit, Wang Yi gave riveting sermons about a huge variety of topics, from problems in society to Biblical history. I felt I learned more from him than probably from any other pastor.”

Wang gave up his law career to pursue his calling as a pastor and started Early Rain Covenant Church in China’s Sichuan province.

His sermons, many of them widely circulated on social media, soon made him a rising star and an important player in the Christian revival that was sweeping China.

All that has come to a screeching halt with his arrest and the closure of the church.

“Wang Yi had long predicted his arrest,” Johnson wrote upon hearing the news of Wang’s detention. “But, it still came as a shock, making clear the government’s intention to rein in independent churches.”

Still, members of his congregation vow to keep meeting, despite the risk of arrest.