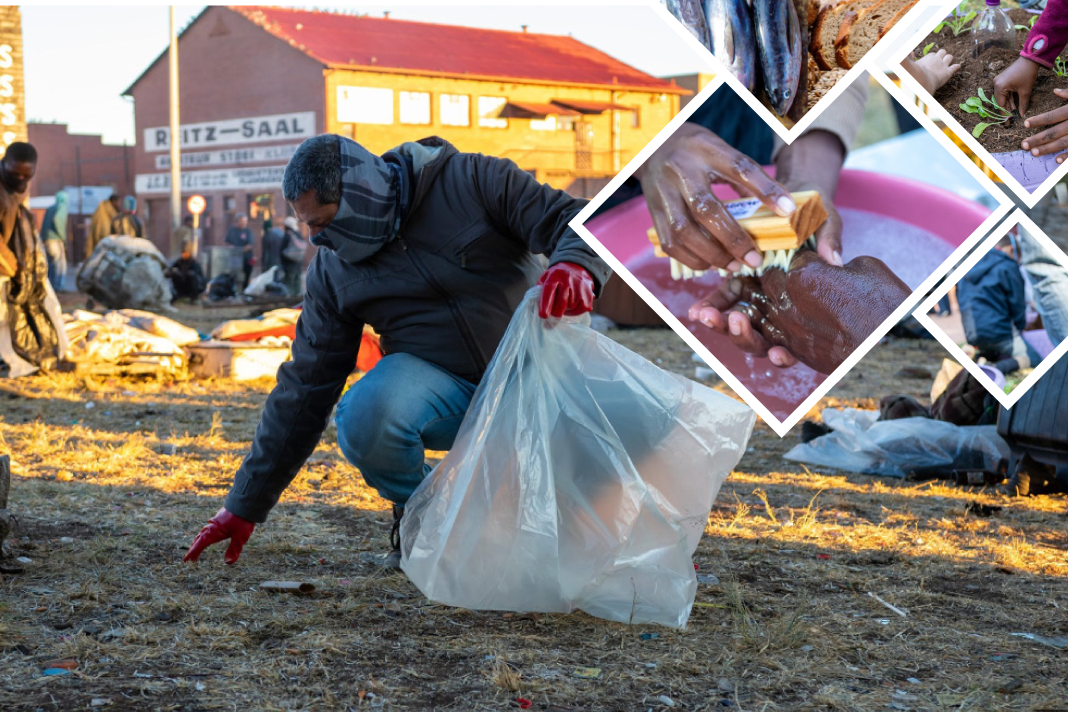 “Unless we all rise now to rebuke the insane political rule of our time, there will be no country for generations to come,” wrote Jacob Freemantle, bishop of the Methodist Church of South Africa Grahamstown Synod in a recent Herald “Church in the Community” column.

He is one of the Nelson Mandela Bay church leaders who are taking an increasingly vocal stance against political corruption.

“Any church leader keeping quiet when the governing authorities do what we currently see happening in South Africa today is equally complicit. The Scripture teaches that St Paul and other apostles refused, at the threat of death, to obey instructions from the authorities that they were not to preach of the Word of God (Acts 27-29)”.

Pastors are on the frontline of the devastating effects of the failure to create sustainable jobs and poor service delivery. “Daily we and our congregations suffer from the deterioration of service delivery, collapse of the infrastructure like water and electricity, low level of local government leadership, resurgence of crimes like murders, abuse and the killing of children and women, as well as a flourishing drug trade,” he wrote.

“In the last two weeks, three people have been murdered in the streets in the area where I work,” wrote Russell Viljoen: pastor of Ebenezer North Community Church in Jacksonville, Port Elizabeth, in another column.

Seeing the faces of onlookers while driving past one of the murder scenes, Viljoen writes “My first reaction was to blame the surrounding community for their indifference and apathy and condemn them for being so heartless.

“It then dawned on me that they were in darkness and that, if as a pastor I was supposed to be the light of the world according to Matthew 5:14, then I am to be blamed for their indifferent attitude”.

All the leaders are calling for there to be consequences for the crimes being committed.

Neville Goldman, Senior Pastor and CEO of the Gqeberha Ebenezer Centre, is critical of commissions of enquiry which have not led to prosecution and action.

“The Great Omission is evident when the Government spends taxpayers’ money on fact-finding commissions and steps away from it with no consequences,” he wrote.

It is not enough for church leaders to comment on the side-lines. They need to become more involved in civil society, says Ds Danie Mouton, the executive director of the Dutch Reformed Church in the Eastern Cape.

“Nelson Mandela Bay can surely do with a collective church that engages poverty, inequality, darkness, corruption, greed, misuse of power and weak leadership. We need real joy, a flourishing economy and sustainable prosperity for all,” he wrote in a recent column.

Goldman addresses the forthcoming elections more directly: “As fellow citizens of South Africa we (church leaders) need to give guidance to our constituency regarding their vote, even in the local municipal elections.

“Our primary needs as citizens are poverty eradication, unemployment, and inequality”.

“It is very significant that church leaders have found their voice and are once again taking the lead in the fight against injustice,” says Trevor Jennings, convener of the Nelson Mandela Bay Church Leader Network, which represents most of the denominations in the Bay.

“Collectively, the church has huge resources that can be used to tackle the evils of unemployment, a failed education system and hunger.

“Church leaders now have to put words into action,” he says.