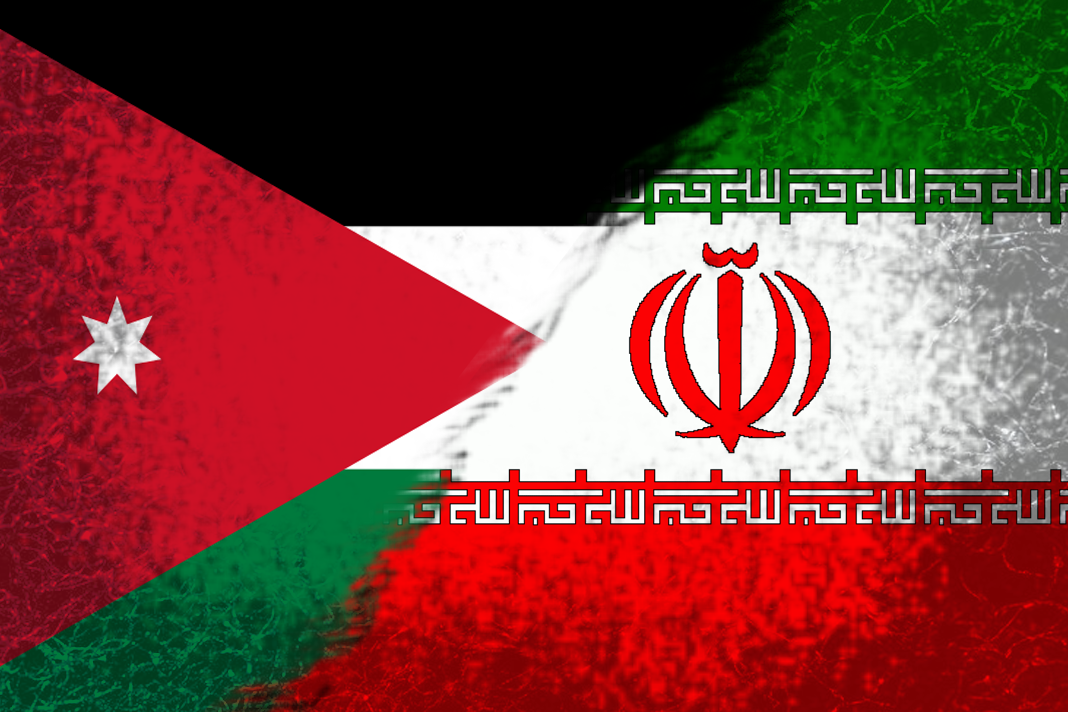 Such an alliance would seriously endanger Israel and topple the delicate balance of Middle East relations. One of the experts places the blame firmly on the shoulders of the new US president.

Edy Cohen: Jordan Now Allied With Iran
Dr. Edy Cohen is a historian and media commentator specializing in inter-Arab relations, the Arab-Israeli conflict, and Islamist terrorism. Dr. Cohen currently serves as a researcher at the Begin-Sadat Center for Strategic Studies. As he grew up in Lebanon, fleeing in 1991, Dr. Cohen is a native speaker and writer of Arabic. His Twitter account has over 40,000 followers, almost entirely from the Arab world.

He clearly has a unique and powerful insight into Middle Eastern politics which made his J-Post op-ed on Thursday so very troubling. Titled It’s official: Jordan is now allies with Iran, Dr. Cohen makes a strong case for that thesis. Dr. Cohen refers to a meeting last month between  Jordan’s King Abdullah II, Iraqi Prime Minister Mustafa Al-Kadhimi, and Egyptian President Abdel Fattah al-Sisi in Baghdad.

The three countries agreed to cooperate on transporting Iraqi oil through pipelines from Iraq to Jordan to Egypt, from where it will be exported to Europe through the Mediterranean. Dr. Cohen emphasized that since Iraq is under Iran’s control, the agreement was essentially a trade agreement with Iran.

It should be noted that under President Trump, Iranian oil sales were sanctioned,  a decision that the Biden administration announced last month it intends to reverse in the near future.

Dr. Cohen noted that one day after the agreement was announced, Jordanian state media began promoting full financial cooperation with Iran. Dr. Cohen noted that this came as a shock to the Jordanian populace, as well it should since Shia Iran was the ultimate nemesis of the Sunni Muslim Jordan and its Saudi Arabian Hashemite rulers.

The op-ed also quoted King Abdullah’s adviser, Zaid Nabulsi, a member of the newly appointed “king’s advisory board,” who told the media, “Iranian religious tourism will breathe life back into Jordan.” The tomb of Jaffar Ibn Abu Taleb, a cousin of Mohammed,  near Kerak, Jordan is considered holy by Shiites though the Sunni faith generally bans visiting graves. The new relationship with Iran is expected to bring about one million pilgrims from Iran to the site.

With Iranian military assets working to establish a hold in Syria to the north and Iranian-supported Hezbollah in Lebanon, an additional Iranian threat to the east would be a source of grave concern to Israel’s security.

Dr. Kedar: “Saudi Arabia And Jordan Are Groveling To Iran” Thanks To Biden
Dr. Cohen is not alone in his assessment. Dr. Mordechai Kedar has a deep understanding of the Arab mindset. A senior lecturer on Arabic culture at Bar-Ilan University, he served for 25 years in IDF Military Intelligence, where he specialized in Islamic groups, the political discourse of Arab countries, the Arabic press and mass media, and the Syrian domestic arena.

Fluent in Arabic, he is one of the very few Israelis appearing on Arab television, frequently debating Arab thought leaders and imams in their native tongue.

In a recent Hebrew-language op-ed in Makor Rishon, Dr. Kedar echoed Dr. Cohen’s concern regarding Jordan and Saudi Arabia. Dr. Kedar summed up the motivating force behind the change in Saudi-Jordanian foreign policy towards Iran in one sentence:

“Saudi Arabia is very much afraid of Iranian military actions against it like attacking ships and tankers and the Iranian attack on Saudi oil facilities on September 14, 2019, and to keep the Saudi oil industry in the Gulf, Saudi Arabia is ready to bow to the Iranians,” Dr. Kedar wrote.

Some of these devastating Iranian military operations were carried out by its proxy; the Houthis in Yemen.

Dr. Kedar noted the main woe of the Jordanian government is a dilapidated economy that has led to civil unrest. He also noted that the Iranian push to allow pilgrims into Jordan contained a hidden sword. Iran is demanding that Jordan allow an Iranian police force to guard Jaffar’s tomb, effectively creating an Iranian militia on Jordanian soil.

“Saudi Arabia and Jordan are groveling to Iran,” Dr. Kedar told Israel365 News. “This is the main reason Naftali Bennett is selling more water to Jordan. He is hoping that by helping Jordan out, they will become less dependent on Iran.”

“The Saudis were defeated in Yemen by the Houthis, Dr. Kedar said, noting that this defeat was cemented in place when Biden, one month after taking office, cut off support for the Saudi Arabian military effort against the Houthis and removed the State Department designation of the Houthis as a terrorist organization.

“The religious differences between Shia and Sunni, something both sides have fought and died for, doesn’t matter in these circumstances. Jordan and Saudi Arabia are facing an Iranian expansionist regime that is being empowered by the Biden administration.”

“Ever since Biden was elected, the declared US policy has been to strengthen Iranian rule, after it has proven to everyone its ability to survive under a regime of painful sanctions,” Dr. Kedar said. “The Biden administration knows the position of Israel, Jordan and Saudi Arabia towards Iran, but this negative position does not affect the desire of Biden and his team to strengthen and nurture the regime in Iran.”

Dr. Kedar noted that the danger is magnified by the change in Israeli government.

“The new Foreign Minister, Yair Lapid, is clueless,” Dr. Kedar said. “The political situation in Israel does not indicate national power, and weakness – as is well known – invites pressure.”

Dr. Kedar noted that Israel’s policy of taking action against Iranian military assets in Syria has come to a standstill in recent weeks.

“Yair Lapid’s agreement to coordinate Israeli activities against Iran with the Biden administration is one of the consequences of the weakness that Israel’s political system radiates,” Dr. Kedar said.

He warned that a revived Iran could threaten the Abraham Accords.

“In the current state of affairs, in which Iran is doing whatever it wants, Iranian pressure may develop on the United Arab Emirates and Bahrain to cool relations with Israel,” Dr.Kedar said. “These countries will not sacrifice themselves on the altar of their relations with Israel and will have no choice but to obey the Iranian dictates.”

In his characteristically succinct manner, Dr. Kedar summed up the future implications of an Iranian dominated Middle East.

“Israel may soon find itself facing the Iranian threat alone, after Saudi Arabia, Jordan, the Emirates and Bahrain realized who the landlord is.”