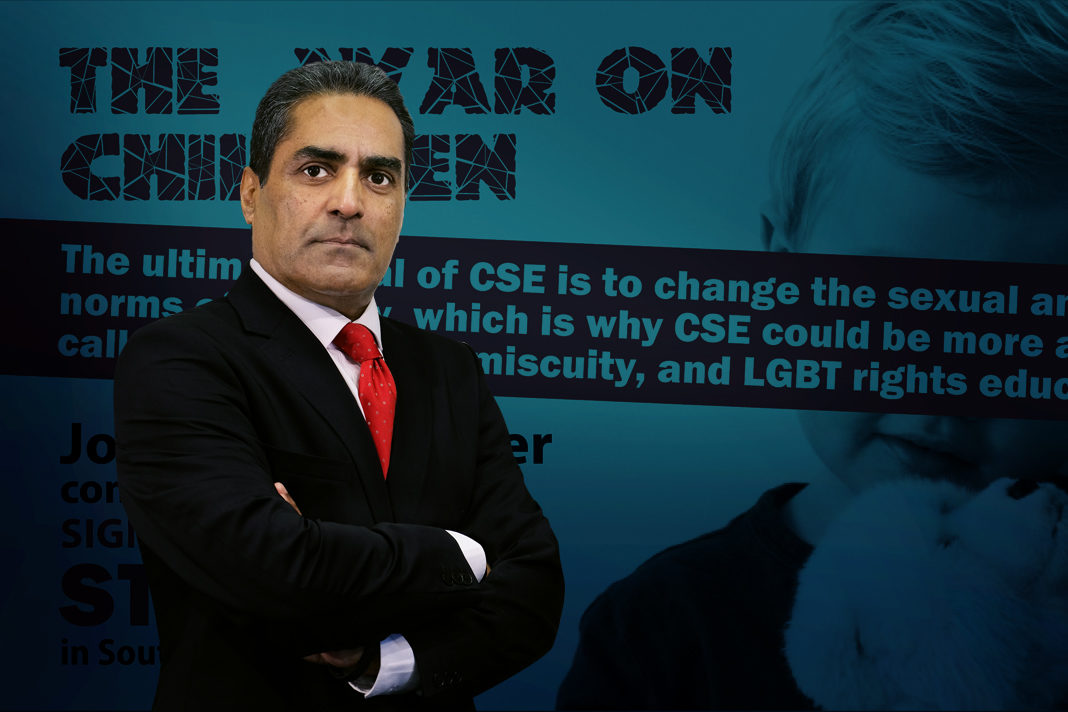 The Department of Basic Education’s (DBE) meeting with religious and traditional leaders held in Pretoria on 23 January 2020 appeared to be a carefully orchestrated scheme to shame and harangue Christian leaders into supporting the Comprehensive Sexuality Education (CSE) agenda. The stated objective of the meeting was, “to clarify CSE in the Life Orientation curriculum and to provide stakeholders, including religious and traditional leaders, with the opportunity to engage and review the content in the developed Scripted Lesson Plan (SLP’s).” In addition, “the meeting will offer an opportunity for an ‘inter dialogue’ with young people on the issue of CSE.” The “young people” turned out to be sexual rights activists and CSE champions who’s primary purpose in the meeting appeared to be to attack and criticise Pastors “for their ignorance, hypocrisy and sexual abuse.”

The meetings facilitator, Prof Mbulelo Dyasi opened the meeting by asking delegates to speak their minds, respect each-others opinions and engage in civil debate. He stressed the “DBE and the religious sector must find common ground on CSE to address the high rates of HIV infections and sexual abuse amongst children.” Dr Granville Whittle, the Deputy Director-General in the DBE made the opening remarks. The arrogant and condescending manner of his address set the tone for the rest of the meeting. Dr Whittle firstly scolded the un-invited religious leaders that “forced their way into meeting” declaring, “it is not on!” He claimed “religious leaders that opposed CSE were mainly ignorant, responding to fake news and most probably did not read the curriculum.” He further claimed, “most of the Church’s opposition to CSE is based on homophobia and warned the room that sexual orientation is protected by the constitution.” It is clear the DBE translates these constitutional protections into a mandate to legitimise and promote the homosexual lifestyle to children via CSE. Interestingly, Dr Whittle did not mention the constitutional rights of religious freedom, the rights to belief, conscience and opinion and the rights of parents to determine the nature and values of their children’s education. In short, Dr Whittle dictated to the assembled religious leaders that “CSE is the curriculum developed by the DBE and we must get on board or else!”

Several leaders raised their hands, including myself, to respond to Dr Whittle’s tirade. I reminded the DBE officials that many religious leaders had to force their way into the room because the vast majority of Pastor’s who applied to attend the meeting were rejected. The DBE, guided and controlled by UNESCO, carefully selected the religious and traditional leaders they invited to participate in this “dialogue.” Many of the religious leaders invited by the SA National Aids Council (SANAC), were included because they were in agreement with CSE in the first place. Their role was to influence leaders who opposed CSE by highlighting the “wonderful aspects of the program by exaggerating its alleged benefits.” When I enquired why so many Pastors applications were declined, The DBE official, replied, “senior national religious leaders were invited by SANAC and were requested to cascade the information to their provincial and regional affiliates. However, none of the known senior Christian denominational leaders were in attendance. UNESCO very clearly controlled the narrative and the way the meeting flowed. After UNESCO and DBE officials made their presentations, Prof Dyasi allowed comments and questions from the floor.

Significantly, however, what the UNESCO and DBE officials presented was not CSE. It was a sanitised version of the sexuality education that the DBE claims “was part of the curriculum since 2000.” Interestingly and despite these claims, in one of the presentations, the slide clearly indicates the South African Government signed on to CSE at a meeting in Cape Town organised by UN agencies and funded by liberal Western European governments in December 2013. No South African educators or School Governing Bodies (SGB’s) were involved. Presenter after presenter stressed, “CSE was not parachuted into SA from the US.” But all the evidence reveal, CSE was developed by the International Planned Parenthood Federation (IPPF) and global sexual rights radicals to sexually indoctrinate the world’s children to normalise and promote “children’s rights” to sexual pleasure, abortion-on-demand, experimentation with high risk sexual behaviours, LGBTQ lifestyle acceptance and promotion and gender theory. In fact, Dr Whittle confirmed “CSE is a rights based approach to sexuality”(and not a health based approach). DBE presenters also referred to “research that support and verify the success of CSE globally.” However, there are tons of independent studies and research by respected global groups that prove the utter failure of CSE worldwide! A study conducted on the results of CSE in 103 nations including Sub-Saharan countries showed CSE failed comprehensively in all of them. The claims made by UNESCO were refuted.  DBE/UNESCO officials claimed, “Abstinence education failed in SA, so that’s why they support CSE.” But independent research indicates the exact opposite!

The purpose for the inclusion of the “young people” in the meeting became clear during question and comment time. The young activist and CSE champions appeared to all follow a similar pattern of condemning and mocking the Church. A young lady that identified herself as a gender activist, said she was raped by a Pastor when she was a little girl. She also mocked the “Pastors in the room who opposed CSE but fell asleep during DBE/UNESCO presentations.” This comment was met by raucous laughter by the “young people.” Another “religious leader” asked, “Where is the Church when children are being raped and abused daily?” This comment was also loudly cheered by the activists. A young man claimed he was “raped by a white teacher as a young boy.” He said, “he was taught white people were superior and were like gods so we don’t talk about these things.” A lady sitting at the officials table and who claimed to be a Christian leader said, “her father raped her as a child. When she confided in her Pastor, he told her to hush it up.” The activists booed and jeered. Another young man asked the religious leaders in the room, “Why do you want to deny us this information when you are ignorant.” A young lady claimed, “Her Pastor talked about responsible sexual behaviour but his own children were sexually promiscuous.” It became abundantly obvious that the young activists, that reportedly were prepped in a separate briefing with DBE/UNESCO officials the night before, were included in the religious leaders meeting to attack, demean, mock and shame the Pastors into supporting the CSE agenda.

Tragically, despite the facilitator requesting respect for others opinions and a civil debate, Pastors were booed, heckled and shouted down by the young activists. A senior Christian leader told of his struggle against apartheid. He opposed CSE because of the lack of consultation with parents and educators. When he remarked about “UNESCO’s funding of the DBE’s CSE agenda and the many activists and CSE champions in the room,” he was loudly booed and jeered. The activists demanded his microphone be turned off as he was speaking. They turned off his mic. The Christian leader raised his voice and continued speaking while activists screamed and mocked him.” A female leader apologised to the activist that claimed “A pastor raped her as a child.” The Christian leader said, “That man was not truly a Pastor, if he knew Jesus Christ, he would never do this.” Her comment was met with loud boo’s and jeers. In fact, the facilitator, who was supposed to be objective chimed in and told the female leader, “This man was definitely a Pastor!” How he knew this is anybody’s guess. The meeting eventually descended into Pastor’s attempting to articulate their valid concerns with CSE and the young activists and religious and traditional leaders affiliated with the DBE/UNESCO attacking, criticising and demeaning their views. Government took no responsibility for the high rates of HIV infections among youth or the intolerable rates of sexual abuse and teen pregnancies in the country. Instead, it appears it lays the blame on the Christian Church. The Church’s failure to support CSE and its archaic belief system is apparently what fuels sexual abuse, ignorance and inequality.

The only conclusion I can draw from this disaster is that the DBE’s UNESCO funded and controlled meeting with religious and traditional leaders was a set up from the start. It is a massive deception and misinformation campaign orchestrated by a government captured by UN agencies. The DBE had no intention of engaging with the Church or respectfully hearing their views. Most of the Pastors who wanted to engage with the DBE were rejected anyway. Even I struggled to get an invitation despite the Minister of Basic Education assuring me in her response letter that, “Family Policy Institute would be invited to the dialogue.” After my initial comments in the morning, the facilitator made sure I did not speak again even though I raised my hand several times. I reminded them earlier that government repeatedly said, “We must find African solutions for African problem.” CSE is definitely not an African solution. Just like the Gupta crime family “guided and controlled” government – even appointing cabinet members – because of their financial clout, UNESCO is controlling the public relations and narrative on CSE in South Africa because of its financial backing. The threat against South Africa’s vulnerable children is dire. The debacle in Pretoria is a tragic indication of the DBE’s open contempt for the Christian Church’s Biblical beliefs and convictions. There is no middle ground. The DBE made it clear, religious leaders must comply! The DBE/UNESCO insistence that CSE will go ahead despite widespread concern with its pro-abortion and pro-homosexual ideology, must be a clarion call to the Bible-believing Church, parents and responsible educators to stand up and actively and aggressively oppose this diabolical sexual indoctrination agenda for the sake of the health and innocence of our children. 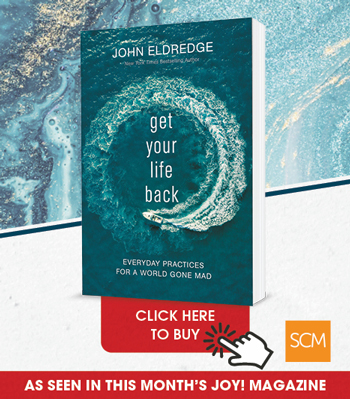