Home News Cuba Protests Spread As Christians Pray For A Change: ‘We Think This... 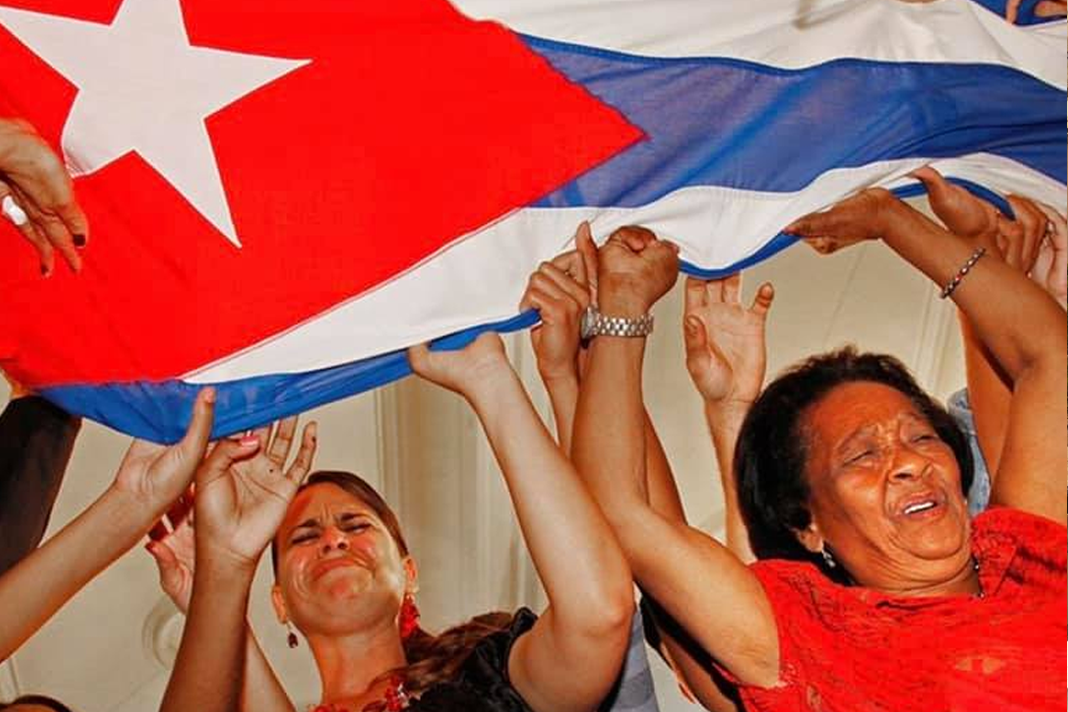 The pandemic has added more pressure to a population suffering a “humanitarian crisis”, evangelicals in the island say. “Pray that God takes control and prevents a bloodbath”.

Demonstrations without recent precedents started in Cuba on 11 July with people chanting “freedom!” and “down with the dictatorship”, as the country goes through the worst economic crisis in 30 years, a situation aggravated by the Covid-19 pandemic.

The protests, widely shared on social media, started spontaneously in the early hours of Sunday. Such gatherings against the government of Miguel Díaz Canel are very rare in a country controlled by the Communist party. The President called his supporters to take the streets and confront the protesters.

“Down with the dictatorship”, “Go away” and “Country and life!” were some of the chants heard by several thousands who took the streets in cities across the island. “Freedom!”, sang others in the emblematic Malecón of La Habana.

Images were seen as well of groups of people breaking glasses of businesses and stealing food. Many in Cuba have been complaining about the difficult economic crisis and the lack of access to food.

Also the insufficient reaction of the authorities to the Covid-19 health crisis and the saturation of hospitals has brought Cubans to added suffering.

Evangelicals call to prayer
Inside and outside Cuba, evangelical leaders have called to prayer for the island.

“Brothers and sisters, pray for Cuba, the people are on the streets, asking for freedom, the situation is chaotic and very agitated”, said a message shared by Moisés de Prada, the leader of Assemblies of God in Cuba. “Everything points to the fact that this is going to get more complicated. People are in the streets in every province now, and there are clashes with the riot police. I urge you to pray that God takes control and prevents a bloodbath”.

The leader of the Pentecostal denomination in Cuba adds that “Cubans could no longer bear the repression. The humanitarian crisis is deep. There is no food, there is a severe health crisis. Many are dying, there are not enough vaccines: they are sold to Venezuela and Iran while Cubans die without being vaccinated. Hospitals are on the verge of collapse and doctors are tired. Cubans are in the streets of all the country, I think this is irreversible. Pray for us”.

A history of state pressure on churches
Christians in Cuba have denounced lack of religious freedom, slander campaigns and human rights abuses for many years.

Only a minority of Christian churches have been allowed to operate with normality in Cuba, as international organisations have denounced.

‘We prayed for Cuba across evangelical denominations’
Another Christian leader in Cuba is Noel Nieto, pastor of the Cuban Evangelical League. He told Latin American news website Evangélico Digital that “the situation today is something we have never experienced before. The peaceful protests are happening in several provinces and municipalities. They [the government] have taken down the internet, to try to avoid more protests and these are broadcasted live. We the churches are organising a prayer vigil asking God for Cuba”.

According to Nieto, “three days ago we were praying together several evangelical denominations. Also today Sunday morning, although churches are not allowed to gather because of the Covid-19, several came together to pray for Cuba without knowing what would happen today”.

Outside Cuba, other Christians called to pray and expressed their solidarity with the Cuban people. Samuel Rodríguez, President of the National Hispanic Christian Leadership Conference of the United States, wrote the message: “Free Cuba!” on social media.

Other Latin American Christians outside Cuba expressed their support for the Cuban protests and for churches in the country.