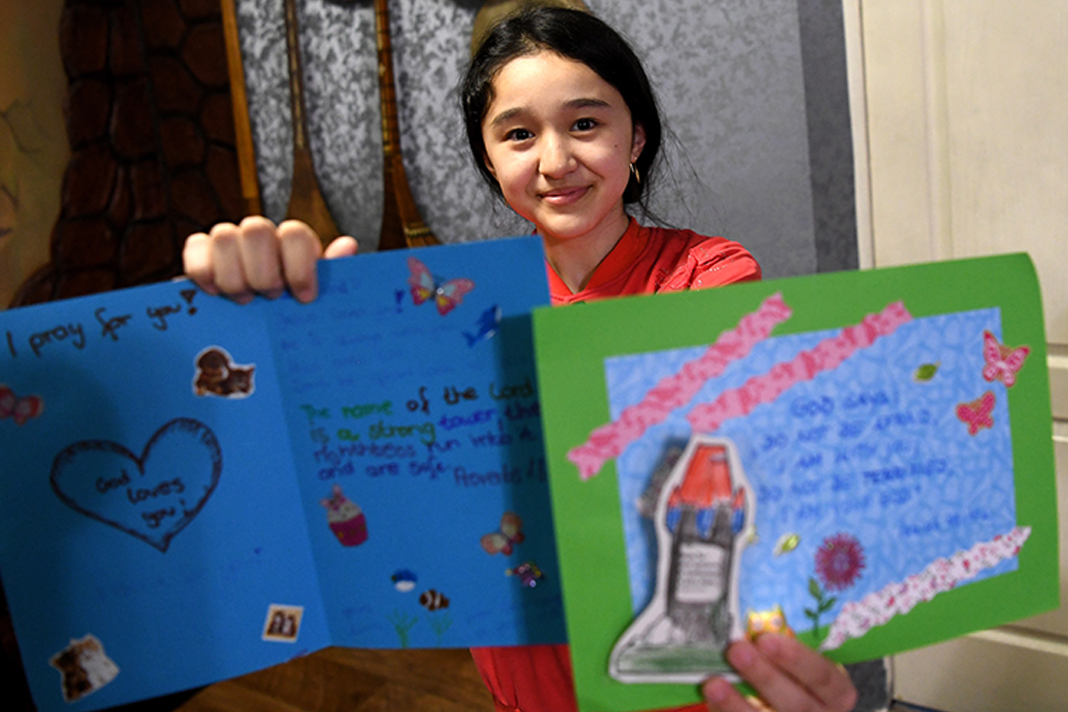 Imagine being a Christian child in a country where believers face persecution.

Perhaps other children in your class at school tease you for being a ‘traitor’ – or perhaps your parents have told you not to tell anyone about your faith, and you have to keep it a secret. Your parents and their friends tell you stories about Jesus, but you don’t have a Bible of your own – maybe your church has one, but it’s hard to understand, and it doesn’t have any pictures. Perhaps you have a brother or sister who is also a Christian, or you have one or two friends in your parents’ secret church, but there is no Sunday school for you to go to with other believers your age.

Young girl who attends a house church in Central Asia

These are the challenges facing Christian children in Central Asia. This region is majority Muslim, and Islam is seen as part of the identity of most of the people groups here. Believers from Muslim backgrounds are considered traitors, and the Protestant churches they attend are seen as alien sects that aim to undermine the current political system.

To encourage Christian children from the region, Open Doors has been organizing a campaign asking children from around the world to make cards for them, to show them that children worldwide are thinking of them and praying for them – and it’s been a big success! Hundreds of drawings were sent to Open Doors to pass on to children in Central Asia.

Open Doors workers took some of these cards on a recent visit to some secret churches in Central Asia. One of the workers, Jan, told us, “The children were so happy to receive your beautiful drawings!”

Jan explained some of the challenges facing Christian children in Central Asia. “To be part of a former Muslim family and become believers is difficult for children, especially in school. Other children say, ‘Oh, now you don’t belong to us any more.’ So children are rejected. They’re young, they’re vulnerable, they want to be a part of a group. Sometimes they are also beaten – children come home with their clothes damaged, because they are now believers in God, and not part of the Muslim society any more.

“Also, when their parents are persecuted, children also feel the tension of what’s happening at home. I remember once that a young girl received a children’s Bible from an Open Doors worker, and the first thing she said to her parents was, ‘Let’s hide this! It’s a secret right?’ She was already aware of this being a forbidden book. She was very young. They sense the atmosphere of persecution.

“With bullying at school and tensions at home, it’s easy to understand why these children need encouragement. The Open Doors workers who delivered the cards were so pleased to be able to show the children they met that they aren’t alone, and that children around the world have been thinking of them and praying for them.

Holding up cards sent by children from around the world

Another of the Open Doors workers who gave out the cards, Alex, shares, “I could see the joy and excitement on their faces. In the first house church we visited there were three or four young children and they were very excited just to see the cards. They took them away and started to study them and look at the pictures. It just brought a moment of happiness and joy to the kids.

“These young people are just like my son and daughter. They’re full of fun and joy, and hopes and dreams for the future. That really connects me to the persecuted church. Rather than seeing them as different or far off, it reminds me that we are one.”

One of the children who received some of the cards is Diana . The smile on her face shows how much it meant to her to receive these messages from other Christian children.

Diana receiving her cards and letters

And this is Diana’s sister, Dialara. She was also filled with joy to discover that there were children around the world who had been thinking of her and praying for her.

Dialara reading and holding up some of the cards she received

Alex shares, “What was wonderful was that the next day Diana and Dialara had taken it upon themselves to write some cards to give to us to send back to the children that had written to them! Of course they were only able to produce a couple of cards and thank you notes, but we were able to share them as an acknowledgement to all those who had taken the time to send cards.

“Seeing the impact the cards had on them and then seeing that they were keen to reciprocate was something very special. It was just a lovely moment of the global church being one family.

“We sent the drawings Diana and Dialara had created to a group of children in Germany, the first group that sent drawings to the children in Central Asia.

Children from Germany with cards they received from Diana and Dialara

Another of the children from Central Asia who received cards was nine-year-old Elizara. She recorded this message to say thank you to the children who wrote to her and have prayed for her.

Your prayers and support enable Open Doors’ local partners to support Christian children in Central Asia with children’s Bibles, summer camps, and weekly discipleship groups for older children and young people. Jan explains that the summer camps are particularly important for the children. “They really can be connected with others and see that they’re not the only one who is a Christian – they really can gather and connect.”

Thank you for making work like this possible. Please continue to pray for Christian children in Central Asia.Please pray: 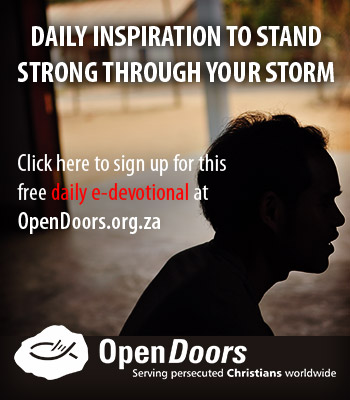