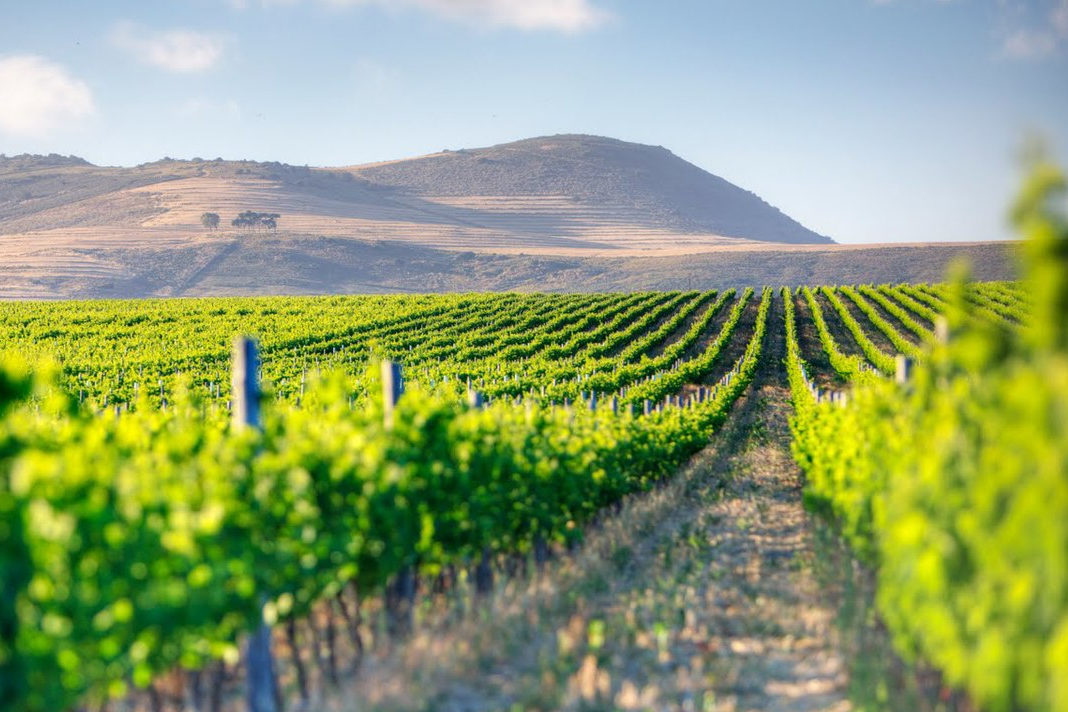 Since early December peace and unity has been reigning in a region of the Western Cape Winelands that has a history of ongoing taxi violence, murder and serious crime — and the community says the change is a result of divine intervention following a breakthrough prayer event.

In an email sent on December 17 to the organisers of the prayer event, the station commander of Mbekweni SAPS, Lt Col M Abrams says: “Ever since after the prayer service [on December 2] no taxi violence, murders or any other serious crimes were reported at South African Police Service Mbekweni. So we encourage you to [do] this in all other areas of South Africa which are being affected by crime every day.” (See the full text of the email at the bottom of the page). 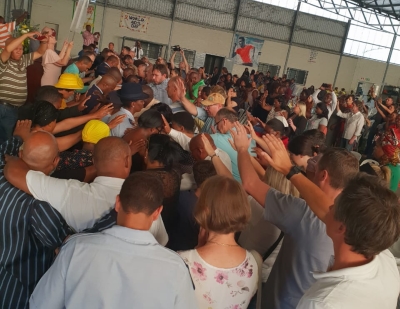 Request for prayer meeting
A Paarl businessman who has been involved in the prayer initiative since its inception, said latest police statistics confirmed that the miracle of peace and absence of serious crime in the area was still prevailing and had prompted community leaders from Paarl East, where criminal gangs were active, to ask them to hold a divine intervention prayer meeting there.

Police, pastors, taxi owners, community leaders and residents across the racial spectrum have collaborated in prayer and fasting initiatives in the Paarl / Mbekweni area in this community-transforming move of God whose beginnings can be traced back to at least September last year. 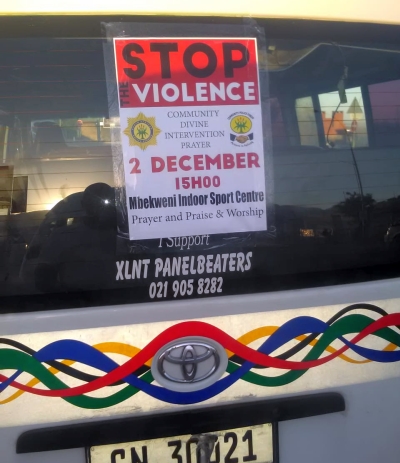 And this Saturday a large number of pastors and Christian leaders from a broad cross-section of communities in the area are hosting a prayer meeting at the Manyano Centre in Paarl, from 8am, to listen to God together and seek His guidance in carrying the flame of hope forward to the wider community.

Back in September a group of men from Mbekweni township asked Gauteng-based evangelist Dr Des Sinclair, who was ministering at a men’s camp in the Winelands, to hold an event in their community. A multiracial prayer and worship event was scheduled for November 2 at the Mbekweni Sports Centre.

Buses were arranged to bring people from other areas to Mbekweni, but four days before the event the organisers received warnings of safety risks due to expected taxi violence, reports the evangelist’s wife, Dr Ros Sinclair.

Change of venue
Police confirmed that taxi violence was expected and advised the prayer meeting organisers not to go ahead with the event. The organisers moved the meeting to Paarl on the same date.

“At the meeting all people attending entered into worship together, which brought the presence of God down very strongly. People began to feel healing in their bodies. There was also a powerful sense that spiritually we had broken through, and that demonic forces had been broken over the area as everyone prayed in unity together with one voice, standing on the word of God,” reports Ros Sinclair.

Ros Sinclair reports: “[At the meeting] It was said: ‘We need this — Only God can help us.’ The Holy Spirit stirred the chairperson of the Winelands Police Cluster Forum, Mr [Dumisani] Mziki, to go ahead and arrange this event, with the same goal in mind.

“Different community leaders from the local municipality, Correctional Services, taxi associations and police department attended the planning meeting. All were desperate to see less violence in the community!

Divine Intervention gathering
“It was decided by all attending to host a new open prayer meeting in the township of Mbekweni, in the Mbekweni Indoor Sports Centre on 2nd December 2018. The Winelands Police Forum initiated the ‘Divine Intervention Prayer’ gathering in order to ask God to stop the violence in the valley.

“Miraculously God also had placed the same need on the hearts of other groups in the Drakenstein valley, including a group of pastors from different congregations!

“The result was a very well-attended week of fasting and prayer by church leaders before, leading up to the community gathering on Sunday 2 December 2018.

“He also preached on biblical revival and stated that it can only break forth if church leaders will first look inwardly at themselves, repent and realign their thinking from self-centeredness, building their own kingdoms and seeking after material gain and power.“During the week of prayer and fasting, Dr Des Sinclair addressed the pastors and their wives upon their responsibility as church leaders. He said that they hold the keys through God’s word and through unity to bring order and change over their communities.

“The police forum invited all taxi associations in the region to come and also be part of this initiative on the 2nd December. The taxi associations in the area were all very cooperative to join in and be part of this event, and even offered free transport from different locations to the venue, also putting advertising posters all over their taxis in support. God was indeed faithful and taxi violence has decreased dramatically according to the Winelands police since this time.

“On December 2nd 2018, a very well-attended crowd of all races of people were involved attending the meeting, both taxis and buses were made available to transport people in from all directions, towns and townships. People travelled from all over different parts of the Western Cape to attend the meeting and be involved.

“Reverend Eben Mourris from the Department of Correctional Services opened the event with a very strong emphasis on the power of prayer, and why we need to earnestly pray to God to bring some change. Afterwards pastors led all into prayer against violence in three different languages, together with Spirit-filled praise and worship!

Power of unity
“A very powerful message was brought by Dr Des Sinclair. His message was mostly focused on the power of unity. (Using the tower of Babel in Genesis 11 v 5-6 as an example). But the LORD came down to see the city and the tower that the men were building. The LORD said, if as one people, speaking the same language they have begun to do this, then nothing they plan to do will be impossible for them. — Gen. 11 v 5-6

“Dr Des also encouraged the church to not fear the future of South Africa, but rather stand on God’s Word, and love one another. He said that ‘when there is unity between all cultural groups God commands a blessing”.

“There was much joy and excitement after the meeting, with all races dancing with each other and having very high spirits. We could truly celebrate ‘divine unity’ in our rainbow nation as we danced together, prayed together, prayed for the police, the government, the local communities etc.

“Amazing testimonies are already streaming in on what God has already done in the community since the 2nd Dec.18 e.g. ( new salvations, cancer tumours gone, stroke victims healed, healing from drug addictions, major decrease in crime over the local community ) to name just a few.

“All glory to God for his true divine intervention. We believe this is only the very beginning, and are expectant in God and trust Him to bring further healing to South Africa through revival as we come together standing in unity in Jesus’ wonderful name!”