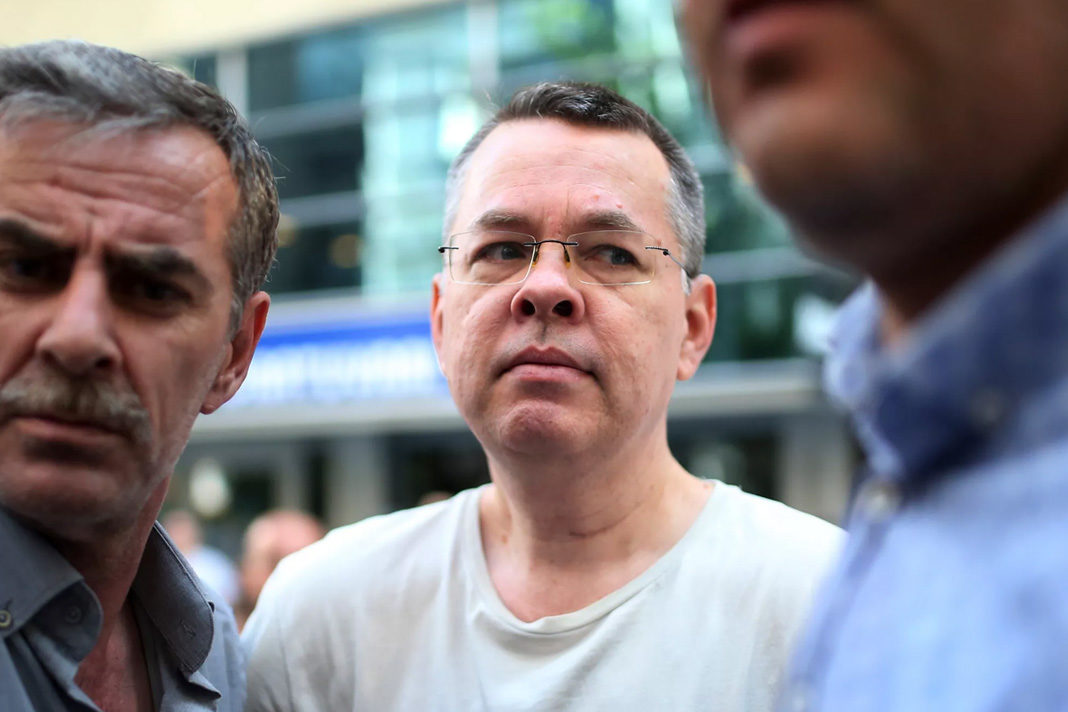 Why is President Trump impassioned about the case of an American Christian pastor being held “hostage” in Turkey? Plus, a dire warning from an award-winning novelist who fears Turkey is sliding into fascism.  All this, and much more, from CBN News correspondents Jennifer Wishon, Gary Lane, Ben Kennedy, John Waage and George Thomas as they discuss the plight of Pastor Andrew Brunson and future of US-Turkey relations.

Turkey’s president Recep Erdogan reportedly told A-Haber TV, a channel owned by Erdogan’s son-in-law, that members of the CIA and Mossad are staying in houses and apartments near Mr. Brunson’s home.

Brunson, a 50-year-old native of Black Mountain, North Carolina, was arrested in December 2016 by Turkish authorities who claimed that he was a spy and had connections to a terrorist group – a charge Mr. Brunson has vehemently denied.

He was recently moved to house arrest after spending nearly two years in a Turkish jail. A-Haber TV‘s website claims Turkish authorities have identified the western agents and are keeping a close watch on their activities. Mr. Brunson has to wear an electronic monitoring device 24 hours a day.

Brunson led an evangelical church in İzmir for over 20 years without incident. All that changed in 2016, when he, along with tens of thousands of Turks, were rounded up by authorities during an alleged coup attempt. Mr. Brunson was accused of obtaining state secrets with the intention of overthrowing Turkey’s government. He could spend the rest of his life in prison if convicted.

Pastor Brunson’s case has severely soured relations between the two countries. A delegation of Turkish officials is expected in Washington this week to discuss how to resolve the political impasse. The pending visit comes after the White House slapped sanctions on President Erdogan’s justice minister and interior minister, accusing them of playing a role in Brunson’s arrest.

During meetings in Singapore, US Secretary of State Mike Pompeo said, despite the sharp deterioration in relations, Turkey remains a key partner in the region.

“Turkey is a NATO partner with whom the United States has every intention of continuing to work cooperatively,” Pompeo told reporters, adding that he hoped Mr. Brunson would be allowed to come home soon.

“I made clear that it is well past time that Pastor Brunson be freed and be permitted to return to the United States,” he said. “I am hopeful that in the coming days we will see that occur.”