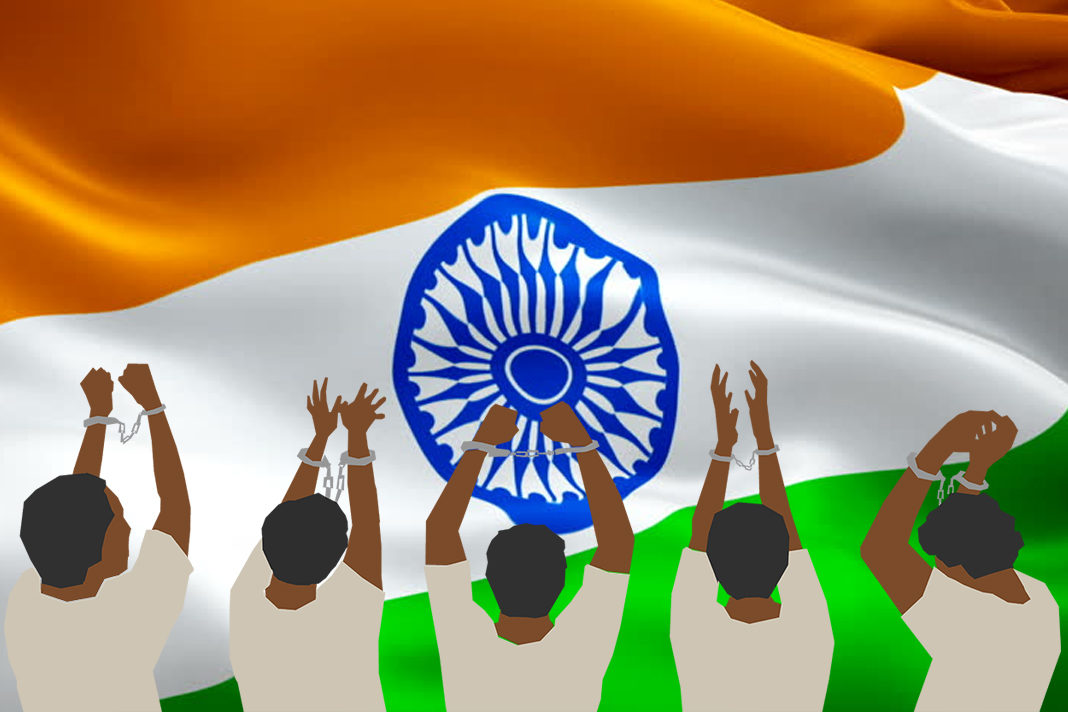 After spending 11 years behind bars for a murder they did not commit, five Christians in eastern India were finally ordered to be freed on Tuesday (Nov. 26), sources said.

“I am really happy that all of them are granted bail,” attorney Anupradha Singh, who represented the Christians, told Morning Star News. “The Honorable Judges granted the bail on the grounds that they have spent over 10 years in jail. Their behavior in the jail was also good, and the same was noted.”

Journalist Anto Akkara, who has been anchoring an online signature campaign at www.release7innocents.com since March 2016, was also elated.

“This is a big victory for truth and justice for Kandhamal,” Akkara, author of “Who Killed Swami Laxmamananda?” told Morning Star News. “I am thrilled.”

Christian leaders and activists have long maintained that the seven Christians were framed and falsely accused, and that the charge against the mentally challenged Badamajhi typified the absurdity of the charges.

“Considering the fact that the accused-appellant(s) had already undergone 10 years of their sentence as is the case of other accused directed to be released on bail, and taking an overall view of the matter, we are of the opinion that the above-named accused- appellant(s) should also be released on bail on such conditions as may be imposed by the learned Additional Sessions Judge, Phulbani in S.T. No. 16/18 of 2013-2009,” Supreme Court Justices A.M. Khanwilkar and Dinesh Maheshwari wrote in their ruling.

The Rev. Vijayesh Lal, general secretary of the Evangelical Fellowship of India (EFI), said the legal fight does not end with the granting of bail to the seven accused Christians.

“This is just the first step,” Lal told Morning Star News. “The case still has to be fought at the High Court in Odisha.”

At the same time, Lal said he was glad that the Christians will be able to celebrate Christmas with their families.

“This is like a Christmas gift for them,” he said. “We are very grateful to the Human Rights Law Network, to the Bhubaneswar Cuttack Archdiocese, to [the United Christian Forum’s] John Dayal, ADF [legal advocacy group Alliance Defending Freedom] and to everyone who contributed to securing this first step to their freedom. Special mention should be made of journalist Anto Akkara, who continued to create awareness about this case.”

Attorney Anupradha Singh echoed the sentiment that the quest for justice remains.

“This is a small success because the case is still pending at the High Court,” she told Morning Star News. “We will diligently fight the matter in the High Court.”

Spurious Case
The Reb. Dibya Paricha, a Catholic priest and an attorney based in Odisha state who has coordinated legal matters for the seven Christians, said he was hopeful that they will win acquittal from the High Court.

“They should not have been detained for so many years,” Paricha told Morning Star News. “Politics should not have been involved but, unfortunately, it was. We must understand that people’s lives and liberty are more important. I know personally that they are innocent.”

Attorney Bibhu Dutta Das, who has played an active role in legal matters following the anti-Christian violence in 2007 and 2008, said the accusations lack substance.

Journalist Akkara expressed his frustration over the lagging legal process.

“Last week the Supreme Court observed that the constitution will lose importance if fundamental rights are not protected,” he told Morning Star News. “When I heard this, I asked myself what this meant for the seven innocents of Kandhamal. It was a shame that those people were still in jail for all those years. I see the bails as a silver lining, and it seems that now we are coming to the edge of the tunnel, towards freedom and truth.”

False Arrests
Hindu extremist leader Saraswati, widely believed to have encouraged violence on Christmas Eve 2007 that damaged 53 church buildings and 700 houses, was killed along with five of his disciples by a mob of armed gunmen at his ashram in Jalespeta, Tumudibandha in 2008. Maoist leader Sabyasachi Panda took responsibility for the attack, but Hindu nationalist leaders led by Pravin Togadia alleged a Christian conspiracy.

Togadia marched with the body of Saraswati for 160 kilometers (100 miles) along predominantly Christian areas in order to provoke violence. The ensuing attacks on Christians’ homes and destruction with explosives of church buildings sent thousands of people into the forests.

The Christians were detained for more than 40 days before police let them go for lack of evidence. Later, however, police proceeded to arrest the seven Christians as scapegoats.

“The first batch of ‘Christian killers’ – four of them were beaten up and dumped in police stations by Sangh Parivar – were later set free by the police after 40 days of investigation,” said Akkara, who also produced a documentary, “Innocents Imprisoned,” on the 10th anniversary of Kandhamal in August 2018. “It was after their release, the seven innocents were arrested in two batches in October and December 2008 from the remote Kotagarh jungle area.”

The seven Christians were convicted of murder, criminal conspiracy, unlawful assembly and rioting by Additional District and Sessions Judge Rajendra Kumar Tosh on Sept. 30, 2013. Two prior judges presiding over the trial were transferred before Tosh heard the case and delivered the verdict.

Appeals against the judgment from the District and Sessions Court have dragged on since then. Their bail applications were denied, forcing them to appeal to the Supreme Court of India.

“We requested the judges in the High Court again and again, and the matter was listed many times, but was never heard,” attorney Das told Morning Star News. “Finally, when it came to the court of Justice Misra, he said that he will neither hear the case nor will he grant bail and thus rejected the bail applications. So, we had no other option but to come to the Supreme Court.”

India is ranked 10th on Christian support organization Open Doors’ 2019 World Watch List of the countries where it is most difficult to be a Christian. The country was 31st in 2013, but its position has been worse each year since Narendra Modi of the Bharatiya Janata Party came to power in 2014.