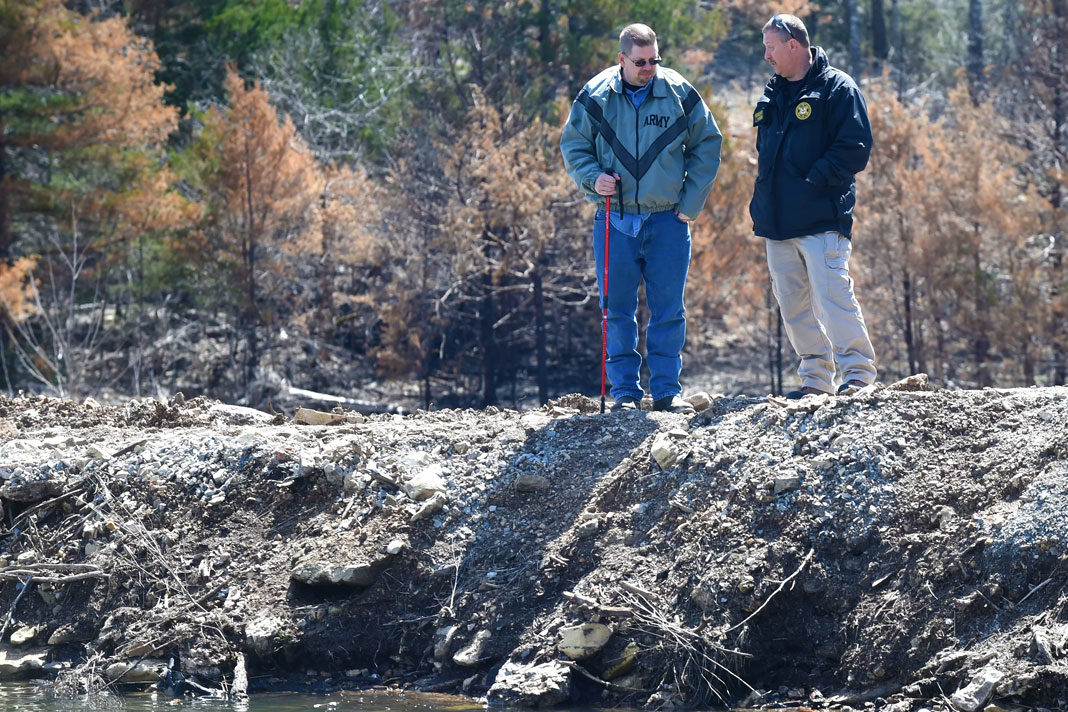 A farmer who was pinned inside his water-filled tractor cab for more than three hours and nearly drowned says it was God – not luck – that kept him alive.

Eldon Cooper of Clarkridge, Ark., was preparing to meet his newlywed wife at a Bible study one night in February when he decided to examine an earthen dam on his property before he left, AgDaily.com reported. It had been raining, and he wanted to make sure it was holding.

Riding his tractor near the edge, tragedy struck.

“I started backing up to head home, something I have done 150 times, probably,” Eldon told AgDaily. “Well, for some reason my rear tire got too close to the edge, and the edge on the pond side gave way, dropping the rear of the tractor about 18 inches or so towards the pond. It stopped before going over the edge, as I dropped the bucket to the ground.”

A picture of the tractor a day later shows how far the water level dropped compared to the night Eldon Cooper was rescued from the cab of the tractor after it rolled and flipped, trapping him inside the submerged cab.

Soon, the tractor tipped over into the pond, and his cab filled with water. With mud and a huge machine all around, Eldon thought he would die. He had a small pocket of air, but it wouldn’t last long.

“You can imagine what I was thinking. I am going to sit here and asphyxiate on my own air,” Eldon said. “They are going to find me in here and this is going to be my tomb.”

Eldon Cooper’s John Deere tractor in the water on the night he was rescued when he became trapped inside the cab underwater. The tractor’s emergency flashers light up the water.

He thought of others, too.

“I continued to pray,” he said. “I prayed for my wife Debra, my kids, my family, that God would be with them and help them through whatever the outcome would be. I prayed for His will to be done. I prayed that somehow, some way, something good would come out of this situation and God would be glorified.”

Eldon eventually fell unconscious, but God continued to protect him.

“When I went unconscious I should have went limp and dropped down back into the water,” he said. “God literally had to hold me back up into that air pocket.”

Rescuers arrived and assumed he was dead but discovered he was barely alive. He had survived 49-degree water for three and a half hours, AgDaily reported. He was transported to the hospital, where he woke up and shocked the nurses by speaking.

Eldon thanks God for protecting him. He gives speeches to churches and community groups about the incident.

“People have said I was really lucky; that I should buy lottery tickets,” Eldon said. “Let me tell you, this was not luck. … Had God not intervened, I wouldn’t be here. I don’t believe in luck. God had done his will, he had saved my life.”