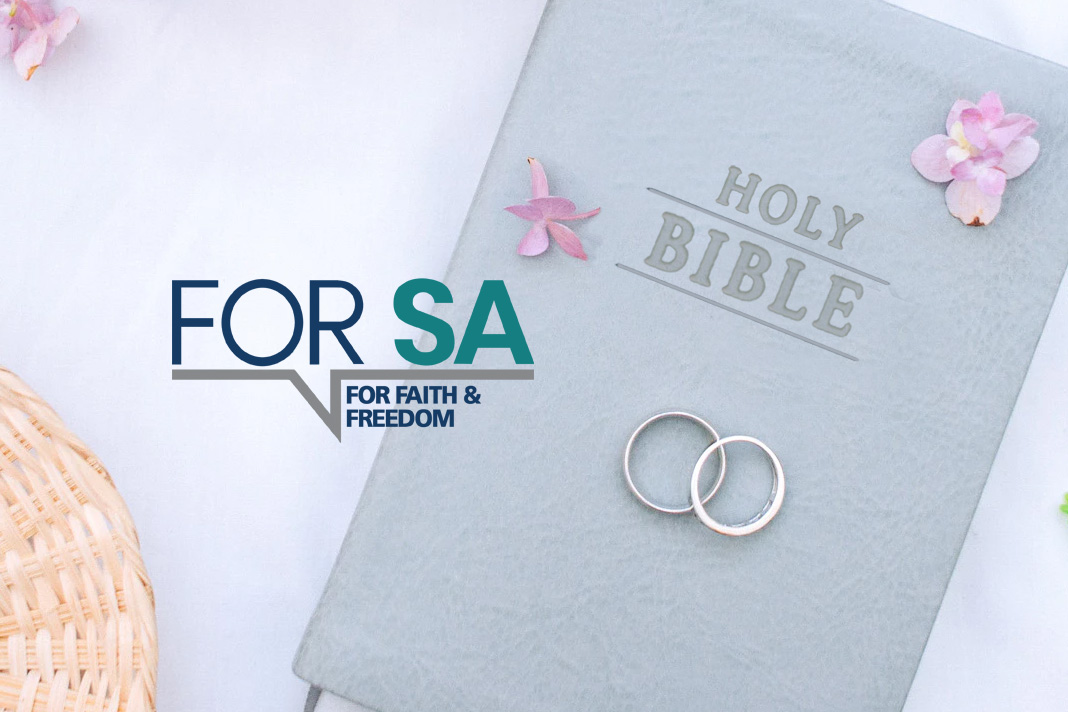 The South African Law Reform Commission (SALRC) was tasked by the Minister of Home Affairs with investigating the possibility of a single marriage statute, regulating all the different kinds of marriages in South Africa. The SALRC has now released a Discussion Paper in which the Commission tables its proposals, including a draft Bill.

FOR SA is concerned that, unlike the current Marriage Act, the SALRC’s proposed draft Bill does not specifically include a clause that specifically protects the right of religious marriage officers to refuse to solemnise marriages that do not conform to their organisations’ religious convictions and beliefs. As a result, religious marriage officers could potentially by law be forced to solemnise marriages against their religious convictions and beliefs.

The SALRC’s Discussion Paper is open for public comment until 17 May 2021, and FOR SA encourages all churches and religious institutions, and all religious marriage officers, of whatever faith, to make submissions in this regard.

Submissions can be made to Mr Pierre van Wyk at pvanwyk@justice.gov.za.