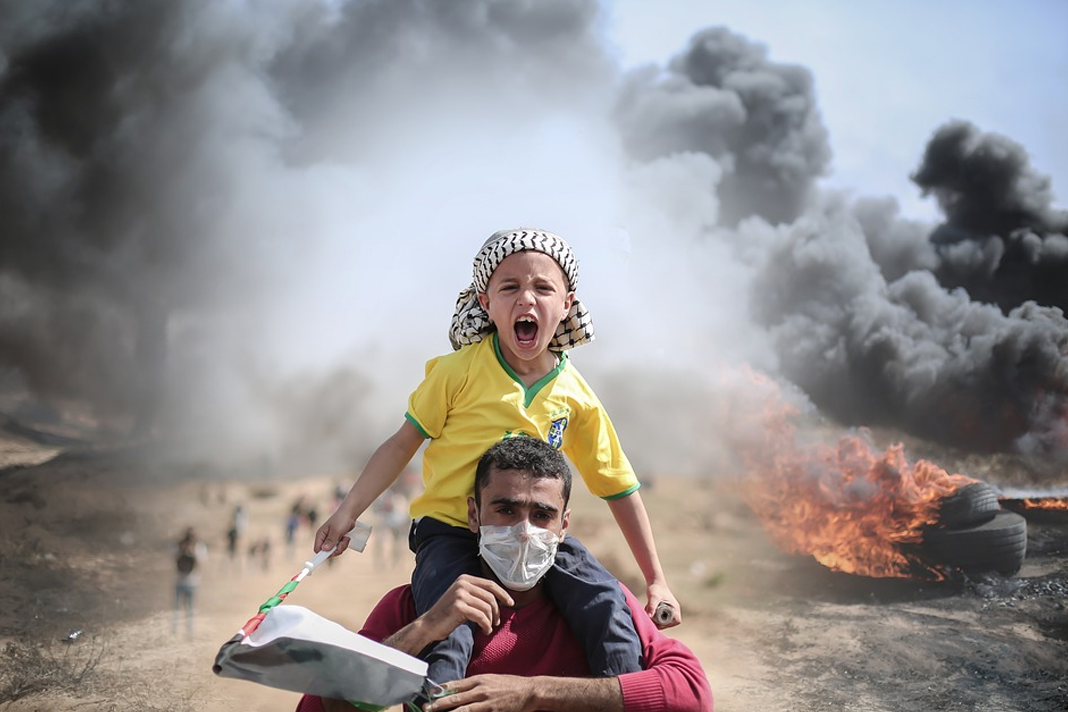 The military wings of the Hamas terror group and the Palestinian Islamic Jihad are recruiting Palestinian children and teenagers for their upcoming annual summer camps to train them and win their support to become future operatives in the terrorist organizations.

The summer camps are “a type of indoctrination into the group’s ideology. What they are trying to do here is to prepare these child minors into possibly joining militant groups at an older age of about 16. There are many child militants out there,” Joe Truzman, research analyst at FDD’s Long War Journal told The Algemeiner.

“For someone in Gaza it is normal. They don’t bat an eye. A lot of the children look up to these militants, they are their freedom fighters. There is nothing more honorable than to join one of their militant groups to become a shaheed — a martyr.”

According to David Bedein, Director of the Center for Near East Policy Research, a promotional video for the summer camp suggests that the al-Qassam Brigades, the military wing of Hamas, last week recruited and registered Palestinian children for the program at United Nations Relief and Works Agency (UNRWA) schools in Gaza. Other places for recruitment for the basic military training camps included mosques and other locations in the Gaza Strip.

Under the moniker ‘Sword of Jerusalem,’ a reference to the recent Gaza conflict in May, the al-Qassam Brigades invited four male age groups — from around nine years old at primary school, to high school, college students and adults — to join the camps under the guidance of the terror group’s military advisors.

One of the promotional video invitations for the summer event shows children engaged in a number of military training activities from marching with guns, jumping through rings of fire, and crawling out of holes in the ground armed with a weapon. The summer camps are for the duration of one or two weeks at the most, according to Truzman.

“More than 50,000 kids in Gaza have signed up so far to participate in Hamas’ special terrorist summer camps for kids. That’s tragic & unacceptable. Where are their parents?” tweeted Ofir Gendelman, the Israeli Prime Minister’s spokesperson for the Arab media. “Hamas deliberately uses Palestinian kids and civilians in Gaza as human shields. That’s a war crime.”

If you are between the ages of 14 and 17, Palestinian Islamic Jihad’s military wing — Saraya al-Quds — has opened registration on Sunday for its upcoming military summer camp, according to Truzman.

The terror groups are publishing “photos of the militants in their full gear with their rifles and bandanas covering up their face signing these children up. They are clearly children,” Truzman added. “At the Gaza summer camps the children do a lot of things: weapons training, gorilla tactics, combat training, mock abduction of IDF soldiers. This year, I don’t expect any new technology to be shown or something. Maybe we will see some of them operating a drone.”

“Eventually around 16 or 17 they are recruited into the militant groups to serve in artillery, cyber units and other military units. Very common to see them being recruited into artillery units where a lot of these child soldiers are getting killed which we saw in the recent war,” Truzman said.

The Hamas-run Health Ministry in Gaza reported that at least 248 Palestinians were killed during the 11 days of last month’s fighting, including 66 children and teens. Earlier this month, findings by the Meir Amit Intelligence and Terrorism Information Center (ITIC) disclosed that a second Hamas military operative — identified as 16 year-old Muhammad Sabar Ibrahim Suleiman — was among the list of children killed during the clashes between Israel and the terror group.

An estimated 10,000 children and teens are trained each year in terrorist summer camps, according to the Coalition to Save Palestinian Child Soldiers, which is a collaboration of non-governmental organizations.

“These children have fulfilled the roles of combatants, human shields, rioters, laborers, support staff, suicide bombers… others are sent to work in the attack tunnels,” according to the coalition of NGOs. “As a result, their childhoods have been shortened by death, severe injury, or imprisonment. UNICEF is a world leader in the rights of children. It must take a strong stand against systemic Palestinian child militancy. Not doing so would be a moral failure.”

“Until Gaza’s militant groups believe it’s not in their interest to recruit minors into their military wing, it’s highly likely this form of child exploitation will continue indefinitely,” said FDD’s Truzman.