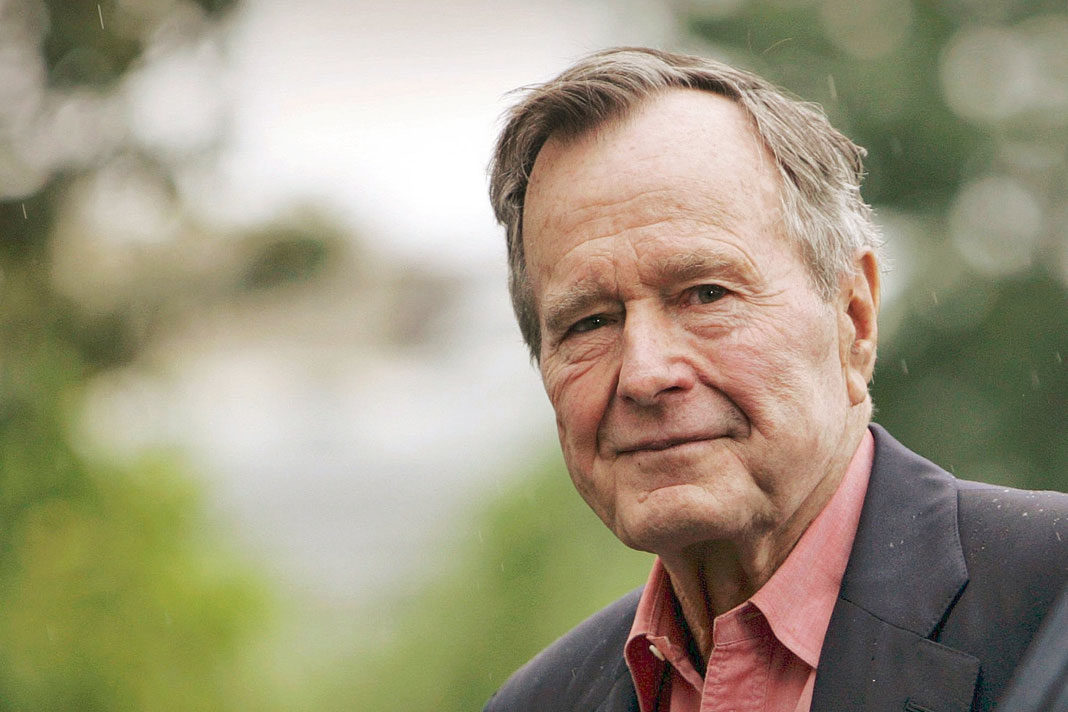 The final words of President George H.W. Bush, spoken just before he passed away, have been revealed by his longtime friend and former Secretary of State, James A. Baker III. Bush, 94, died late Friday, after a rapid decline in his health over recent weeks.

Just hours before his death, Baker dropped by to check on him at his Houston home. According to The New York Times, Bush suddenly became highly alert and engaged in a short conversation with his loyal friend.

“Where are we going, Bake?” he asked his former colleague at the White House.

“That’s where I want to go,” Bush responded.

It was a powerful moment of assurance and a testament to Bush’s steadfast faith. As his body neared its end, he knew where his soul was headed.

Surrounded by friends and family at his home in a gated residential community of Houston, Bush said his goodbyes to one of his sons, former President George W. Bush. “W” told him that he had been a “wonderful Dad,” and stated that he loved him very much.

Baker, who was present with Bush when he passed, described the beautiful moments of peace that surrounded his former boss’s final breaths.

“I can’t even hardly talk about it without welling up,” he told The New York Times. “It was as gentle a passing as I think you could ever expect anyone to have. And he was ready.”

“There was no question he knew where he was going and who he was going to be with,” Dr. Levenson noted of Bush’s final moments. “He was looking forward to being with Barbara and Robin again.”

But displaying staggering resolve after his wife of 73 years, Barbara, passed in April of this year, it was clear that Bush’s health was on a steep decline in recent weeks.

“You want to live to be 100?” Baker asked Bush a couple of weeks back.

“This is the most competitive man I ever knew in my entire life,” Mr. Baker added. “He demonstrated that right up until the very end. He competed with death — although he did say it’s time to go. But he kept fighting, he kept coming back.”

When the moment came, Baker said, family and friends were singing “Silent Night” by his bedside.

“Believe it or not, the president was mouthing the words,” he added.

Rev. Levenson said that as Bush began to slip away, everyone “knelt around him and placed our hands on him and prayed for him.”

“It was a very graceful, gentle death,” he said. “It was very evident that that man was so deeply loved.”

“George Herbert Walker Bush prized loyalty and duty,” read his official obituary, noting that the former President was “devoted to his faith, his remarkable wife and family, his countless friends and the country he served always to the best of his ability.”

Do continue to pray for the Bush family as they mourn the loss of their dear George.