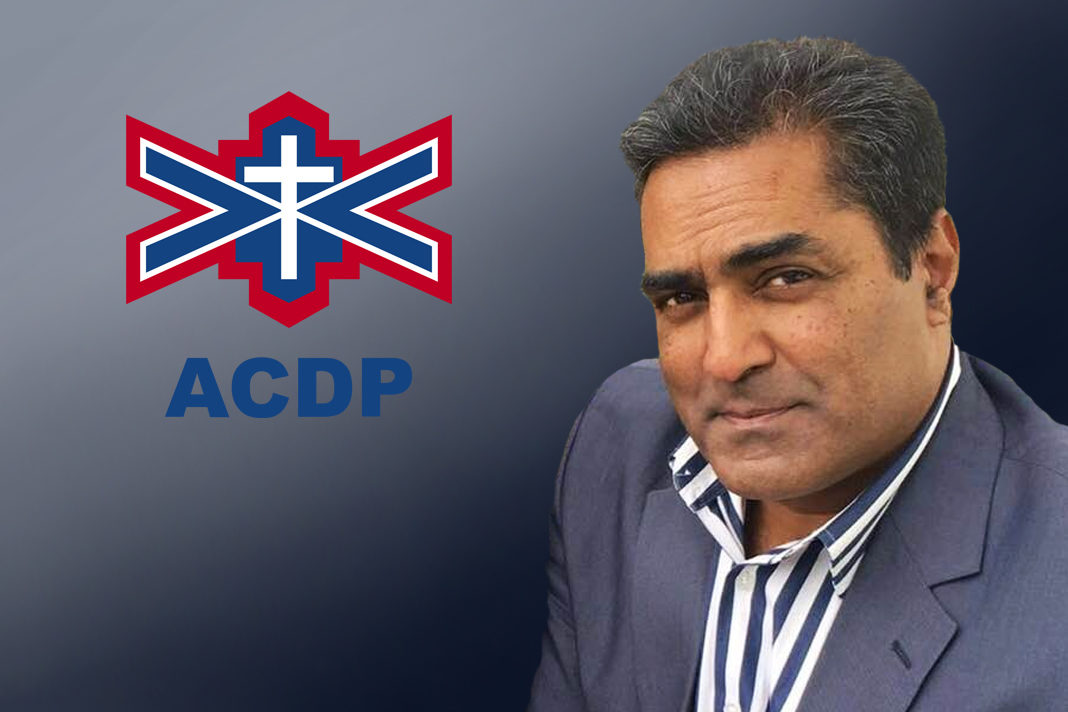 Statement from Errol Naidoo regarding resignation from ACDP

I resigned as ACDP Communications Director and NEC member at the NEC meeting in Johannesburg on 1 November 2018. Rev Kenneth Meshoe and certain NEC members asked me to reconsider my resignation. I promised I would but needed to take time out to fast and pray and seek God for wisdom and guidance.

My wife and I spent time in fasting and prayer during 5 – 9 November 2018. The Holy Spirit led me to write down my experiences with the ACDP since my official involvement in the party in June 2018.  I joined the ACDP with the intent to bring about revival, renewal and growth. My letter dated 20 November 2018 included not only my reflections and insights but also recommendations I believe would revive the party and set it on a path of sustainable growth and success.

The ACDP lost 60 percent of its support over the past two General Elections (2009/2014). It currently holds only 0,57% voter support. As a consequence, the party must institute radical change and a fundamental rethink of its methodology if it hopes to reverse the 10-year decline and achieve its turnaround goals. I travelled around the country at my own costs during April – October 2018 sharing the vision of revival and growth for the ACDP. I consulted with almost three thousand Pastors and hundreds of potential voters in almost every city in the country. As a result of these nationwide consultations I gathered vital intelligence that I believe – if acted upon – will revitalise the party.

The majority of Pastor’s and potential voters asked for radical change in the ACDP. The most critical areas identified by voters across the board were (1) leadership (2), visibility (3), communications (4), candidates and (5) relevance. I drafted a communications strategy to specifically address these issues and achieve the above-mentioned objectives. However, I did not receive the cooperation I envisaged from the leadership and frustrations developed.

I resigned from the party as a result of differing views on leadership, strategy and methodology. In addition, I do not believe the vision to renew and grow the party is possible without the implementation of the radical change proposed by Pastor’s and potential voters. Significantly however, I did not join the ACDP to maintain the status quo or merely win a seat in Parliament. My vision was to ensure at least 30 Godly, competent and anointed men and women joined me to influence and impact government with righteousness, truth and nation building.

I continue to pray for the ACDP leadership. I pray God will guide them with wisdom and understanding. I hold no offense against any leader or member of the party because of difference of opinion. I am grateful for the opportunity to serve the party. I respect and admire the many heroes in the ACDP. I am deeply grateful for their labours, sacrifice and commitment to the kingdom of God. I am therefore convinced the party has great potential to be a vehicle for Godly change in government. However, the ACDP must embrace change itself or face the inevitable consequences of stagnation and irrelevance.

In conclusion, I made it clear from the start I did not join the party for position or financial gain. I joined the ACDP to serve the nation. I continue to pray for a miracle in South Africa. I pray that many more Godly men and women will be elected to Parliament and our provincial legislatures in the General Elections in 2019 to competently serve the people of our country with integrity and truth. I will faithfully serve the Body of Christ through the ministry of Family Policy Institute and will continue to defend the family and promote Biblical values in Parliament, the media and general society until God says otherwise.