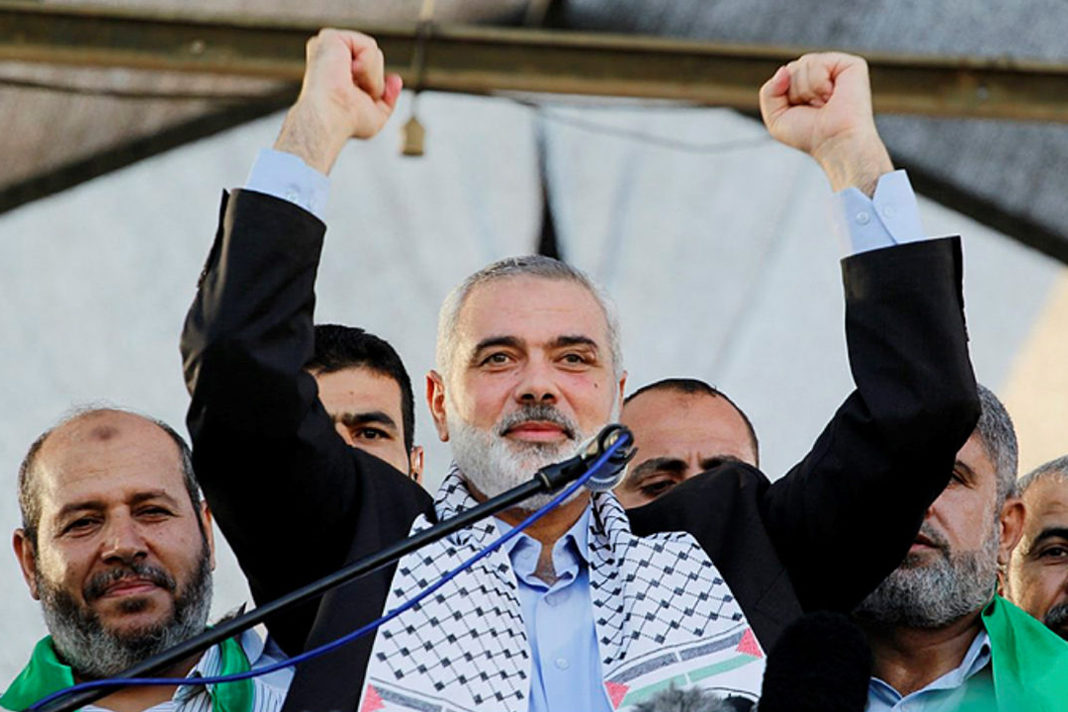 Gazan terror organizations putting on a show of unity following the confrontation in which Islamic Jihad fought Israel alone.

The gestures and conciliatory words between the two top terror organizations in the Gaza Strip have continued to grow warmer following last week’s clash between the Palestinian Islamic Jihad (PIJ) and Israel, Hebrew media reported.

Hamas political leader Ismail Haniyeh did not suffice with a phone call to PIJ Secretary-General Ziyad Nakhleh, during which he agreed to “deepening the civilian and military cooperation” between the groups. He also went to pay a condolence call on the family of Baha Abu Al-Ata, the top PIJ commander who was assassinated by Israel.

Hamas has ruled the Strip since 2007 when it overthrew the Palestinian Authority.

Hamas sat out the two-day barrage of hundreds of rockets launched by PIJ at Israel after the targeted killing, reportedly deeply angering Islamic Jihad, which has often acted against the stated wishes of Hamas to maintain relative quiet on the Gazan border with the Jewish State.

After Egypt and the U.N. had brokered a ceasefire, Hamas targeted Beer Sheva with a round of rockets, another possible sign of solidarity with its rival for power in the coastal enclave. After that launch, which Israel responded to by attacking Hamas targets in the Strip, Haniyeh hurried to share in the credit for fighting off the mutual Zionist enemy.

“Our victory in the last round,” he stated, “is not determined by the number of rockets launched but specifically by Israel’s paralysis during the escalation.” He also made clear that “the round of fighting has ended but not the war.”

A PIJ official quoted in The Jerusalem Post on Sunday also played up the unity message, calling Hamas and PIJ “brothers” who fight sometimes but whose relationship would not be “affected or weakened.” Israel, said another official, would not succeed in its “malicious attempt to drive a wedge” between the organizations.

According to Brig. Gen. (res.) Yossi Kuperwasser, senior researcher in the Jerusalem Center for Public Affairs, the situation in Gaza is “quite fluid” right now.

Hamas “can’t show that it’s against launching rockets at Israel,” he said in a Sunday interview on Kan Israeli public radio, but on the other hand, it very much wants to show that it is in control, he added.

“The ball is in Hamas’ court,” said Kuperwasser.