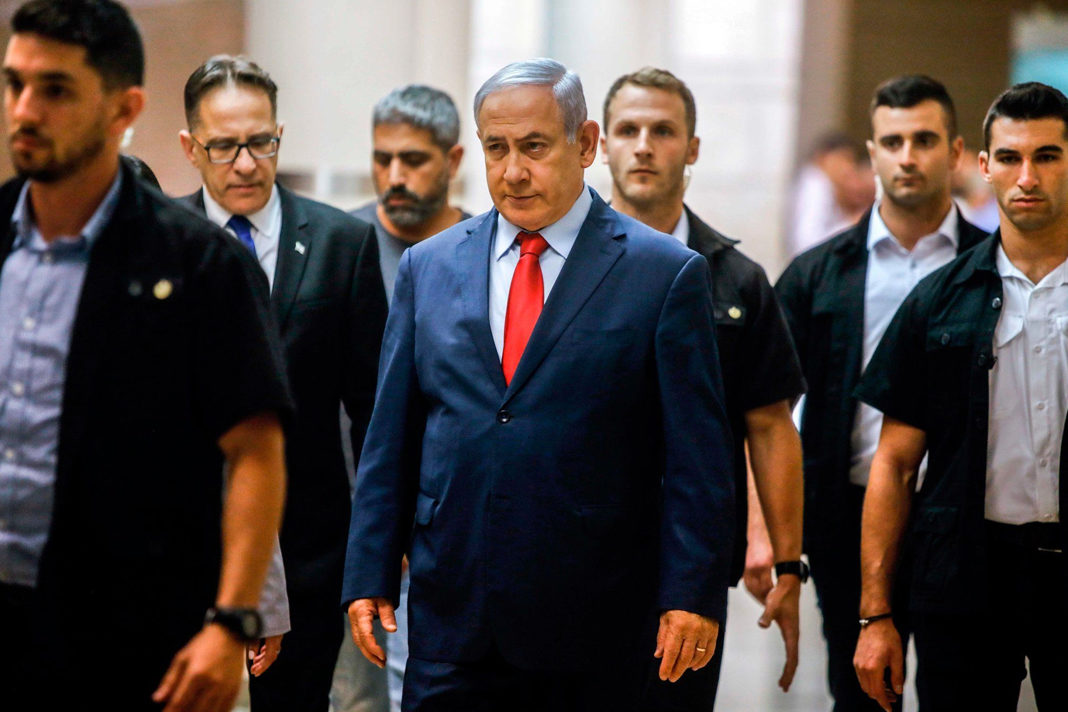 Israel’s parliament has voted to dissolve itself after Benjamin Netanyahu failed to form a government, in a move that will lead to a second round of elections just one month after the country held a national poll.

At a suspenseful gathering that ended weeks of unsuccessful bartering and brinkmanship, the Knesset voted to disperse and call new elections, set for 17 September.

Speaking immediately after the Knesset vote, the prime minister slammed Lieberman. “He has dragged the country to unnecessary elections due to his own political ego,” he said.

“The public chose me to lead the state of Israel. We will run a sharp and clear election campaign and we will win,” he added.

However, it was the prime minister’s Likud party that proposed the idea that parliament disband. In a high-stakes bid to extend his decade-long run in power, Netanyahu pushed this week for another round of elections after it appeared more and more likely that he would not be able to assemble a majority coalition by the cutoff point on midnight on Wednesday local time.

Breaking that deadline – 42 days since the parliamentary election – would have allowed the president, Reuven Rivlin, to assign another politician with the task of forming Israel’s next administration, something Netanyahu has desperately sought to avoid.

There was speculation the president might ask the head of the main opposition, retired army chief Benny Gantz, to try to form the next government. Gantz’s Blue and White party won the same number of Knesset seats as Likud but had fewer potential allies to form a majority.

Now Netanyahu risks possibly losing a second national vote in September, after his right-wing bloc came out ahead in April, but the plan at least gives him time to regroup and try again.

Israel has never held two elections in a year, and Netanyahu will remain as interim leader until a new government is formed. If he remains in office through July, he will become Israel’s longest-serving leader.

Lieberman, whose party’s base includes largely secular Russian-speaking Israelis, wanted guarantees that the prime minister would back legislation to insist ultra-Orthodox Jews, also known as haredi, undertake mandatory national service like other Israelis.

Netanyahu, however, also needed the 16 seats from ultra-Orthodox parties for a 61-seat majority of parliament’s 120 seats. Those parties demanded that the existing exemption from conscription for seminary students stays in place.

“The Likud surrendered completely to the haredi,” Lieberman said before the parliamentary vote on Wednesday.

The deadlock mirrored what happened four years ago, when Netanyahu also struggled to form a coalition right up until the day of the 2015 deadline. At that time, it was also Lieberman who held up the process and over the same issue.

This time, Netanyahu, 69, was under additional pressure to form a government as he faces potential indictments for bribery, fraud and breach of trust in three cases. He denies any wrongdoing, labelling the accusations as a “witch hunt”.

His loyalists had been planning to grant him immunity in the next parliament. A draft law they proposed would overrule court decisions and in effect protect the prime minister, although Netanyahu has not publicly backed the plan.

A new election will complicate US efforts to press ahead with Donald Trump’s peace plan, which has already been rejected by the Palestinian leadership.

They declined to join an economic conference in Bahrain next month, which Washington said would discuss the potential economic incentives of its still-undisclosed vision which Trump has promised would be the “deal of the century”.

It is not clear if the conference will go ahead. Jared Kushner, the peace plan’s architect and Trump’s son-in-law, is currently in the Middle East to garner support. He is due in Jerusalem on Thursday.