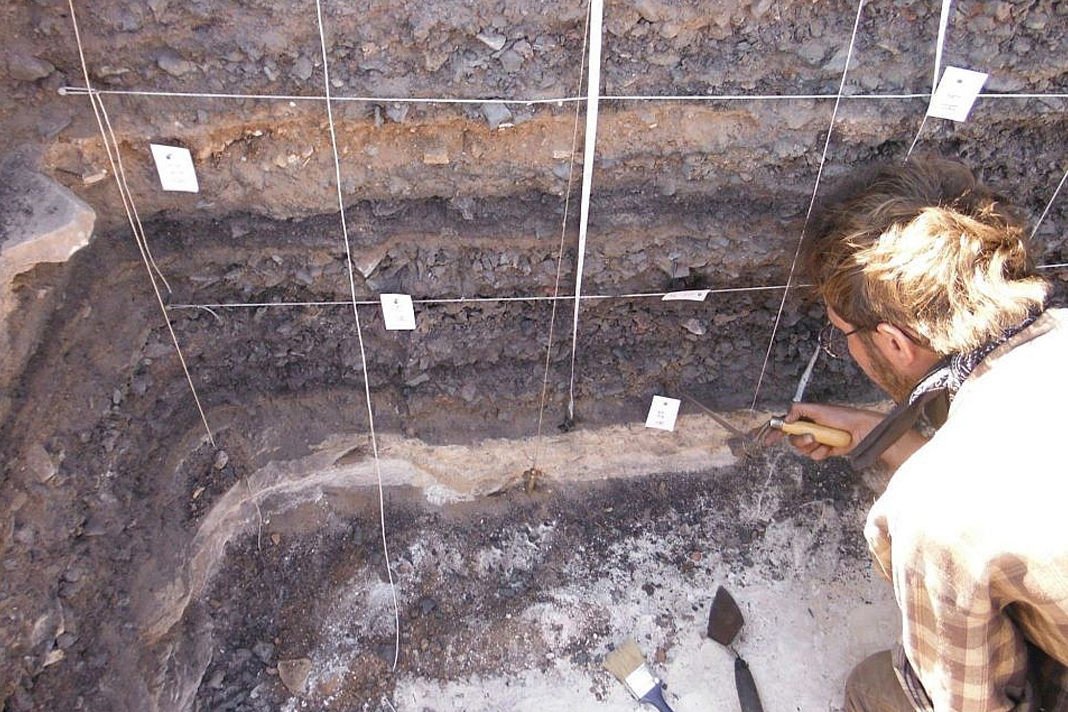 The Israeli team also discovered that the Edomite kingdom from the Bible pioneered a “hi-tech network” of copper production, which generated massive amounts of wealth.

According to these new revelations, the Edomites used  a “hi-tech” incredibly complex process to produce copper in the late 10th century BCE. At that time, copper was an important metal used to forge tools, weapons and decorations.

“Using technological evolution as a proxy for social processes, we were able to identify and characterize the emergence of the biblical kingdom of Edom,” said one of the researchers who led the team. “Our results prove it happened earlier than previously thought and in accordance with the biblical description.”

The Tel Aviv University (TAU) team that made these discoveries is headed by Prof. Erez Ben-Yosef and Prof. Tom Levy, who published their findings in Public Library of Science’s peer-reviewed PLOS ONE journal.

During the TAU study, hundreds of pieces of copper smelting byproducts, called “slag,” stemming from about 500 years’ of ancient mining activities were analyzed. Most of the samples were taken from Israel’s Timna valley, an ancient mine complex located in the south.

This area is presumed to be site of the King Solomon’s mines in Faynan, one of the biggest copper mines in the Roman Empire, which lies south of the Dead Sea on the east side of the Wadi Arabah, separating Israel from Jordan.

According to the paper, the smelting skills and efficiency methods of the copper production showed gradual technological developments from the 13th to 10th centuries BCE with a notable jump in advanced production methods in the late 10th century BCE.

This time period coincides with the emergence of biblical Edom, as noted in Genesis 36:31, which describes an early, pre-10th century BCE Edomite kingdom as follows: “These are the kings who reigned in the land of Edom before any king reigned over the Israelites.”

The researchers believe that the military pillage of Jerusalem, by Egyptian Pharaoh Shosheng I (the biblical “Shishak”) in 10th century BCE, brought to the region a “technological leap” in copper production know-how and trade.

“We demonstrated a sudden standardization of the slag in the second half of the 10th century BCE, from the Faynan sites in Jordan to the Timna sites in Israel, an extensive area of some 2,000 square km, which occurred just as the Egyptians entered the region,” Ben-Yosef noted in a press release. “The efficiency of the copper industry in the region was increasing. The Edomites developed precise working protocols that allowed them to produce a very large amount of copper with minimum energy.”

Ben-Yosef argues that it is a misconception that the Edomites, the Israelites’ “cousins” who descended from Esau, were only “simple” tent-dwelling nomads.

“Before they built their capital in the [Edomite] plateau, [located in Jordan near Petra and southeast of the Dead Sea], the Edomites were a complex and organized kingdom, but they were still nomadic,” said Ben-Yosef. “They dwelt in tents. They didn’t have villages or cities, but they had cemeteries and smelting sites.”

The findings show that the Edomites controlled a vast network of valuable copper mines from which products were exported to Greece and probably Damascus.

“These people were indeed nomadic or semi-nomadic,” said Ben-Yosef. “They didn’t have stone palaces or walled cities, but they do have something that cannot be explained as ‘Bedouin in the desert.’ They are clearly well-organized and had a great geopolitical impact.”