Home News It Does Not Matter Who’s President – Jesus Christ Is Still King... 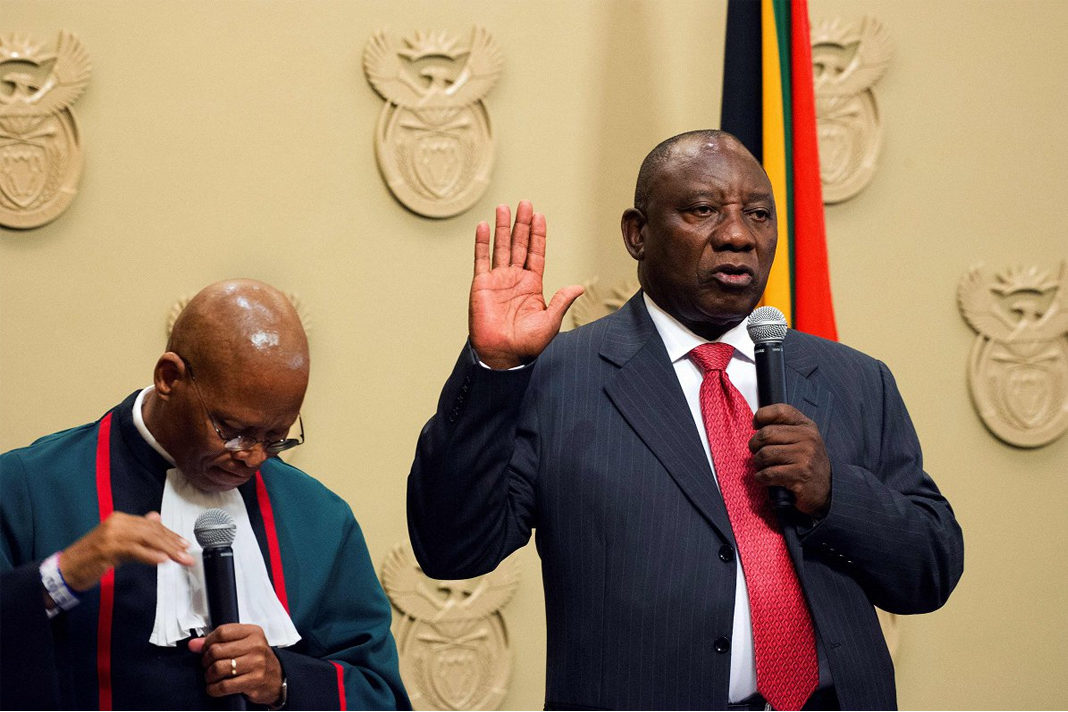 President Cyril Ramaphosa’s recent cabinet appointments indicate a “business as usual” approach by the ANC. Although Mr Ramaphosa reduced his cabinet from 36 to 28 Ministers, he was compelled to placate the various factions in the ruling party including the COSATU/SACP alliance partners.

Except for the (delayed) re-appointments of Deputy President, David Mabuza and Energy Minister, Gwede Mantashe, most of the former Minister’s implicated in corruption were excluded from the cabinet.

Most analysts believe Patricia De Lille’s surprise appointment to the cabinet was a strategic move by the ANC to further weaken the DA and hopefully win back lost support in the Western Cape in 2021.

The State Capture Inquiry continues hearing witness testimony about rampant corruption in State Owned Enterprises. Transnet reportedly paid dormant companies hundreds of millions for no work done. The depth of the rot in state institutions is truly staggering. But thank God it is being publically exposed.

Thankfully, the new NPA boss, Shamila Batohi appears committed to prosecute all those implicated in state capture. The recent appointment of Hermione Cronje, as head of the Investigative Directorate in the NPA is also encouraging. She declared her intentions to fearlessly pursue the looters of state coffers.

Talking about looters, the Freedom Front + is demanding an explanation in Parliament why the EFF’s much reported connections to the VBS Bank looting scandal has not being investigated by the HAWKS.

Apparently, new reports by the journalist investigative unit, Scorpio indicate that approximately R4 million of the money that VBS channelled to the EFF was used for the EFF’s birthday celebrations in July 2017.

Legal challenges and costs appear to be mounting for the EFF. The South Gauteng High Court ordered the party apologise to former Finance Minister, Trevor Manuel and pay R500,000 in damages for false and defamatory statements. The EFF are also facing similar court challenges by Public Enterprises Minister, Pravin Gordhan and a potentially damaging action by media analyst, Karima Brown.

In addition, AfriForum intends seizing EFF assets this week to recoup unpaid court costs of R190,000. The EFF has already paid the civil rights body R235,000 in damages for false and defamatory statements.

Public Protector, Busisiwe Mkhwebane’s recent Report on Pravin Gordhan was widely condemned. It appears the Report was timed to hurt Mr Gordhan’s chances of being reappointed to cabinet. Calls are mounting for Parliament to evaluate Mkhwebane’s fitness to hold office especially since the High Court set aside her Report in the Vrede dairy farm scandal and raised questions about her integrity and competency.

Former President, Jacob Zuma made a last gasp effort in the PMG High Court to permanently evade prosecution for corruption, fraud and racketeering. The Court has reserved judgement. Legal analysts believe Mr Zuma and co-accused, Thales will be compelled to face the more than 700 charges in October 2019.

Many Christian citizens hoping for change in our politics expressed their disappointments and frustrations with the Elections results. Most struggle to understand why the majority of voters still vote according to past allegiances despite overwhelming evidence of widespread corruption and gross maladministration.

However, despite valid disappointments with the status quo, we must remember God is still the sovereign ruler of the nations. Your and my hope is not in politicians or political parties. Our trust is in the Lord!

I saw a sign recently that said, “Regardless of who’s president, Jesus is still King!” Indeed, God has not lost control of South Africa or abandoned its destiny. Keep praying for SA and acting in its best interest. God is faithful.