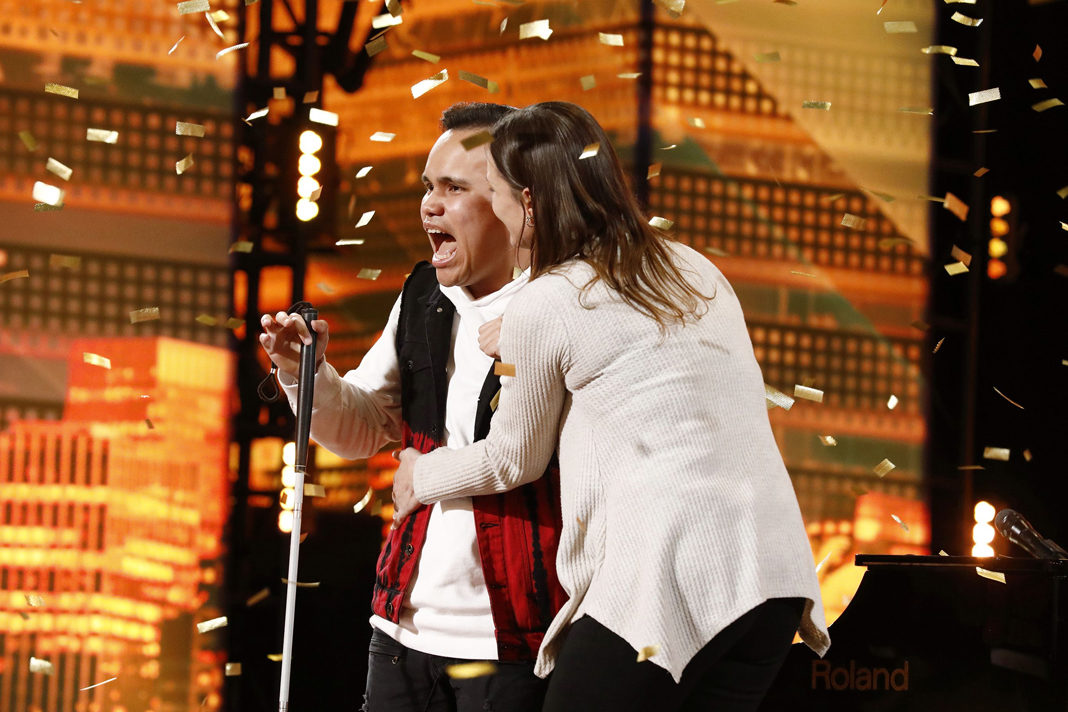 Watching Kodi Lee and his mom, Tina, walk onto the stage Tuesday night during the season premiere of “America’s Got Talent,” I was quickly reminded of what former President George W. Bush described as the “soft bigotry of low expectations.”

Blind and autistic, Kodi was unassuming but confident in his ability when he stood before the NBC show’s four judges, Simon Cowell, Julianne Hough, Howie Mandel, and Gabrielle Union.

Uncertain how to respond to the contestant in front of them, the panelists treated him with sincere kindness, perhaps, at least in part, because they were so unsure of what to expect: Would it be an unmitigated disaster or an unanticipated success?

It was far and away the latter. Honestly, it was unbelievable.

After making his way to the piano, Kodi’s mother knelt down beside him, whispered to him for a few seconds and left the stage. Seconds later, Kodi began to play the piano and then he sang. The arena was instantly filled with the soulful, rich sound of an experienced singer, a musician who could hold his own against — and even outperform — just about any singer on the radio today.

When he opened his mouth and began to sing, Cowell went slack-jawed. The other judges were almost immediately overcome with emotion. At the end, Cowell was the first to give the young singer and pianist a standing ovation — a sign of respect the popular critic reserves for the rarest occasions.

After listening to the talented artist, the entire stadium erupted in applause. It was no surprise. Kodi had just reached into his lower register to call up deep and full tones and climbed into his falsetto to effortlessly belt out the smoothest notes, all the while accompanying himself with a jazzy piano melody.

Each judge — from one end of the table to the other — poured praise on Kodi. Cowell told the crooner his “extraordinary” performance was something he will remember “for the rest of my life.” Union was the last panelist to speak.

“I’m a new judge this season. And I’m also a new mom this year. It’s the toughest job I’ve ever had and also the most rewarding job I’ve ever had,” she told Kodi. “You just want to give your kids the moon, the stars, and the rainbows. And tonight, I’m gonna give you something special.”

Seconds later, with the audience roaring behind her, Union slammed her hand onto the gold buzzer, triggering a storm of golden confetti, all showering down on Kodi and his mother. The gold buzzer instantly propels its recipients to the live shows.

The mind-blowing and inspiring performance reminded me I should never have low expectations just because someone looks differently than me. Perhaps — as is the case for Kodi — it’s those differences that make people capable of such incredibly beautiful things. We should never be so prejudiced against differences, no matter what they are, that we don’t expect greatness.