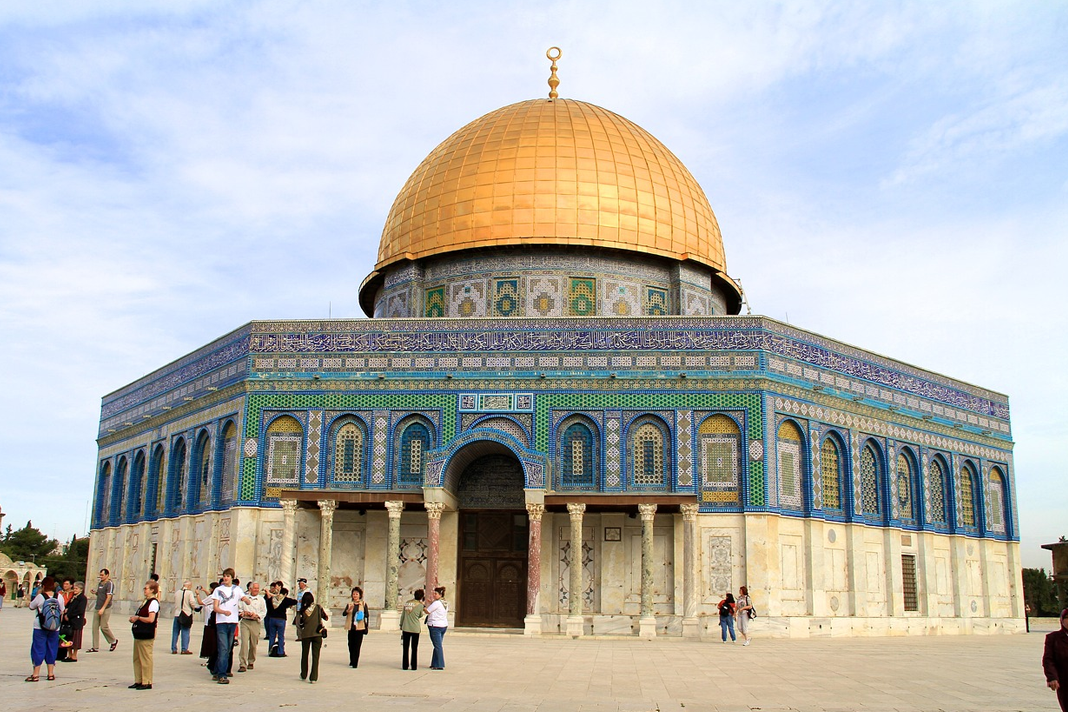 Israeli media reported that Jews have been able to pray on the Temple Mount without being harassed by the site’s Muslim overseers.

Israeli police allowed Jewish visitors to pray on the Temple Mount during Tisha B’Av on Monday, appearing to break the long-standing status-quo at the holy site, under which all prayers by non-Muslims was banned.

The Temple Mount is the holiest site in Judaism, but is administered by the Jordanian Islamic Waqf under an agreement with the State of Israel.

Israel’s Channel 12 filmed a number of Jews praying as police looked on indifferently. Channel 12 also reported that the Waqf, which oversees religious activity on the Temple Mount, was aware of the Jewish prayers, but has so far taken no action. According to the Waqf, 1,500 Jews visited the esplanade during Tisha B’Av.

The report attributed the change to contacts between religious activists and the police, as well as a growing number of Jewish visitors to the Temple Mount. According to Channel 12, a record 35,000 Jews visited the site in the year before the Covid pandemic.

Palestinians mounted a brief ambush on police on Monday, Tisha B’Av, which coincided with the eve of the Day of Arafah, an Islamic holiday which is immediately followed by Eid al-Adha. During these holidays, Palestinians throng to the Temple Mount for prayers.

Till now, Israeli police escorted Jewish visitors, enforcing the Waqf’s ban on non-Muslim prayer. This meant that Jews and Christians who attempted to pray would be ejected or detained at the behest of the Waqf.

The delicate status quo governing the Temple Mount goes back to 1967, when Israel returned the holy site to Jewish hands, capturing it from Jordan during the Six Day War.

Fearing a religious war, defense minister Moshe Dayan agreed to let the Islamic Waqf, a Muslim trusteeship, continue managing the holy site’s day to day affairs, while Israel would maintain overall sovereignty. According to the status quo, Jews and non-Muslims would be allowed to visit the site, but not pray there.

On Sunday, Prime Minister Naftali Bennett said that Jews and Muslims have “freedom of worship” on the Temple Mount. But the next day, his office said the Prime Minister meant to say “freedom of visitation rights,” and insisted that the status quo would not be changed.

Public Security Minister Omer Barlev and police officials also said that there was no change in the status quo.

Notwithstanding official statements, the Channel 12 report indicates that Jews have been able to pray on the Temple Mount, provided they do not draw attention to themselves, use prayer books, drape themselves in prayer shawls or don phylacteries (tefilin).

In 1978, Israel’s High Court of Justice ruled that Jews have a right to pray on the Temple Mount, but also determined that police may restrict those rights if they judge the religious expression could lead to violence.

According to Jewish tradition, the Temple Mount, also known as Mt. Moriah, was the first land to appear when God separated the waters and earth on the third day of Creation. It was also the site of the Binding of Isaac and the location of the First and Second Temples. Tisha B’Av commemorates the anniversary of the destruction of both Temples by the Babylonians and Romans respectively.

Jewish prophecy indicates that the Third and final Temple will be built there too.

Jordan sent a letter protesting what it called Israeli “violations,” including “storming of the Temple Mount by extremist settlers under Israeli police protection.” The Israel-Jordan peace treaty of 1994 enshrined a “special role” for Jordan’s royal family in the administration of the Temple Mount.

In response to the Jewish visits, Ra’am, Bennett’s Islamic coalition partner, declared “The Al-Aqsa Mosque, in its 144 dunams [35 acres], is solely the property of Muslims, and no one else has any right to it.”