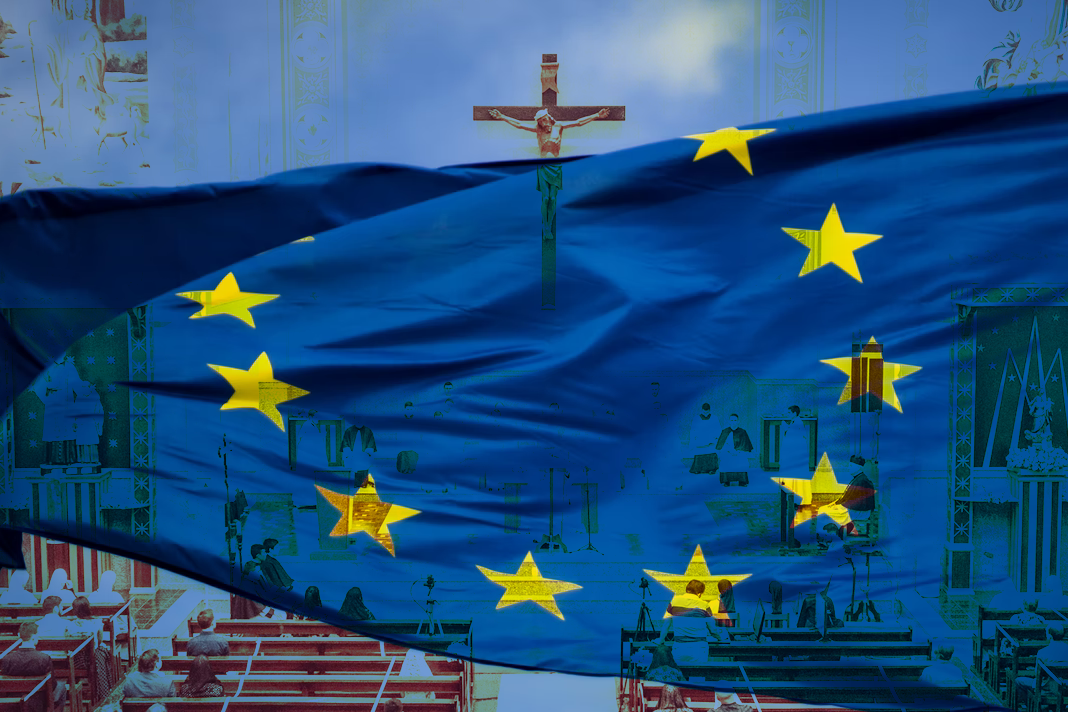 Amid the din of pandemic reports, restrictions, and frenetic news cycles, several topics of concern frequently get lost in the noise. The persecution of Christians around the world is one of these. I recently wrote an essay for The European Conservative on the brutal ongoing massacres in Nigeria, where Christians live faithfully in the face of nearly constant violence and the silent complicity of their own government.

In November, the Observatory on Intolerance and Discrimination Against Christians in Europe released an alarming report detailing a 70% increase in hate crimes against Christians. Did you read that on the news? Or hear about it in the mainstream media? Of course not. Christians, as always, are the acceptable victims and convenient scapegoats for the elites, and thus violence against their persons or properties are ignored.

To discuss this report, I spoke with executive director Madeleine Enzlberger. Here is our conversation.

What are the findings in this new report that stand out to you the most? What is most alarming?

Arguably, most of the cases are a form of vandalism against churches and Christian buildings but that does not mean that this trend is not worrying. Public acts of criminal violence against a specific religious group and their property have an immense signaling power of intimidation, and it also normalizes violence against this group in the wider public. This can lead to a negative downward spiral.

Just imagine when people today start to think it is somewhat okay to set a church on fire, maybe over time they might also think it is okay to physically hurt a Christian, as well. Physical assaults are luckily still rare but not non-existent. This development needs to be stopped immediately, and it must be appropriately addressed by the responsible political and societal stakeholders.

Just imagine when people today start to think it is somewhat okay to set a church on fire, maybe over time they might also think it is okay to physically hurt a Christian, as well. Physical assaults are luckily still rare but not non-existent. This development needs to be stopped immediately, and it must be appropriately addressed by the responsible political and societal stakeholders

Second, the level of self-censorship among Christian in Europe is relatively high. This is due to various reasons. The level very much depends on the historical, cultural and political context of each individual country. Some Christians are so used to censor themselves that they do not even recognize they are doing it. This contextualization is especially visible in Germany between East and West, because of their long political separation before 1989.

Also, in France it is common to keep your faith most of the time private due to historical and political reasons. Despite the national context, fear plays a major role when it comes to self-censorship, and reality sadly shows that this fear is not completely unreasonable. In the U.K. numerous Christians are facing court trials because of what they said publicly in accordance with their faith. Some lost their jobs, others were de-platformed or denied of an academic education.

Especially, university students know very well what they are allowed to say or not, in order to not get bad grades or to be marginalized by their peers or even professors. Several Christian pro-life groups have been denied association at their university unions and some have received death threats and their property was damaged. Yes, self-censorship as such is not a bad thing. It even has a healthy function in a social setting, but it can quickly turn into a crippling dynamic that neglects a true diverse public discourse.

Third, the suffering of Christian converts with a Muslim background is tremendously under-researched and they absolutely do not receive the support they need and deserve. In these cases, we do not only talk about vandalism but actual and serious physical and mental threats. If the person is a refugee and a Christian at the same time the situation is even worse, as the person faces pressure not only from their family and local community, but they also have to fight the religious illiteracy and bias of state authorities.

The treatment of Christian converts and refugees by European state authorities mirrors the overall blindness of Europe to the suffering of persecuted Christians in the rest of the world. Otherwise, they would not deport a Christian to a country in which conversion to Christianity is considered a crime worthy of the death penalty. This tragic issue is not just ignored by the government but also by media. With our research we really hope to be able to shed more light on the issue to raise more awareness and to ultimately help those people in need.

What do people need to know?
People need to know all of what I just mentioned, if they would just know about these three things it would be enough for a while. People also need to know that Christians in Europe, who really live by their faith on a daily basis, are by far not a majority anymore, they are definitely a minority. It is also important to know that the treatment or the ignorance of the mistreatment of Christians in Europe is not just harmful for Christians but all of us. Because one day it is Christians whose opinions are unpopular but the next day it could be some other group, like we see it happening with some Feminists at the moment.

Most importantly people also need to know that they are part of the solution and that a pure logic of us against them will not bring us anywhere. A coherent differentiation of arguments and the steady adherence to truth will be the only healthy and fruitful way forward. If we blind ourselves with shallow and shortened narratives that we shout at each other, nothing will change.

What is the trajectory of Christian freedom in Europe?
The current overall trend does not suggest that the situation is getting a lot better. As certain, although small but extreme, ideological groups are very successful with their demands on a political level and mainstream culture seems to blindly follow without checking the real-life consequences or the ideational and practical coherence of these demands. It is not just the blindness toward this erosive development but also the fear of punishment that holds people from actual resistance.

Certain topics became intellectual no-go zones, in which someone already decided what is best for society to think and speak about in public. Again, in the end this is not only about Christians and their freedoms, and Christians have never been only concerned about their own suffering and freedom, but it is about the freedoms that are to be granted to everyone in a liberal democracy.

Freedoms are not a matter of being liberal or conservative, they are fundamental for all of us, this is how we negotiated our social contract from the beginning on. The government has the responsibility to safeguard this social contract and its foundations.

Is there any good news on the horizon?
Yes, there seems to be a silver lining on the horizon. In the U.K., for example, the protection of free speech in general but especially for university students has been put high on the current political agenda. It indeed led to real political outcomes by constituting the position of a Free Speech Ward for British campuses. Additionally, although the COVID pandemic brought the ugly faces of some governments to the surface, it also showed this does not hold true for many European countries.

We have noted that after the first national lockdowns were lifted, many governments altered their strategies to regulate public worship by respecting the essential right of religious freedom and by stepping into a position of constructive dialogue with the churches in order to hand over the responsibilities into the hands they belong to. We have also seen the academic resistance is slowly awakening but unfortunately some of the ones who dare to stand and speak up still have to pay a high price for it.

Sadly, in history it seems like that some have to unjustifiably suffer, to be martyrs, so that the freedom of all is saved in the end.