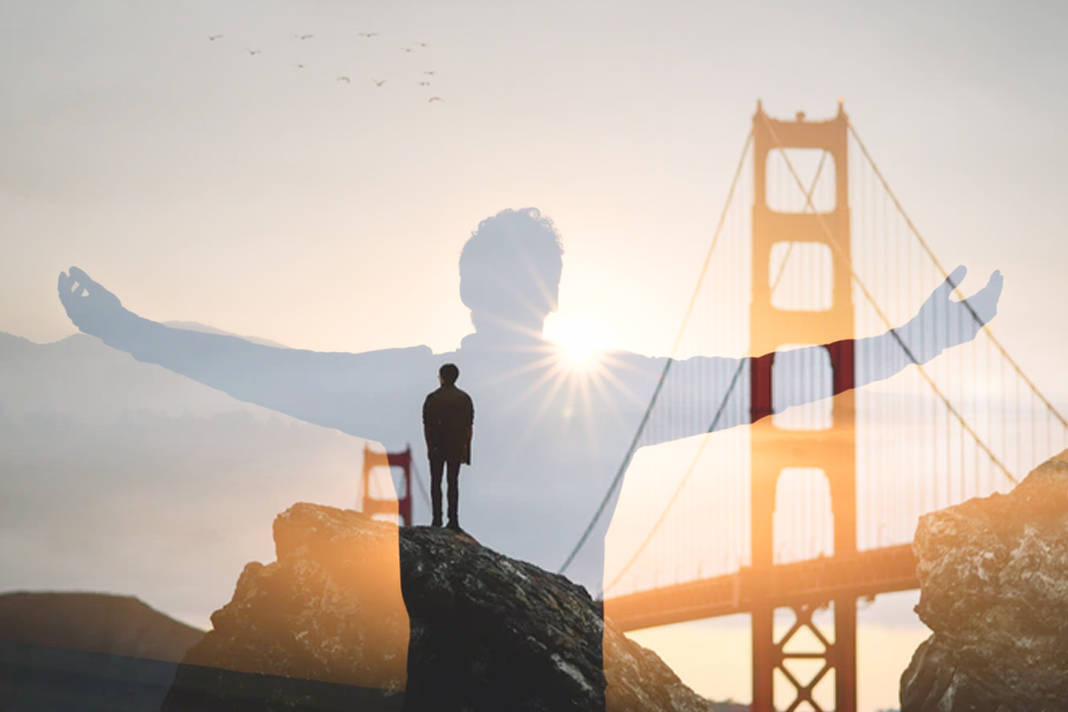 Standing at the foot of a towering billboard, one Oklahoma man squinted into the shining sun to see a man dangling from the bars of the sign above the highway.

The good Samaritan was able to coax the man down from the precarious position where he had perched for nearly seven hours with this simple truth: “God loves you.”

Rick Jewell told News Channel 8 that his son first noticed the man in distress. The highway was closed because of the incident, but Jewell located a path under a bridge. While trying to reach the site, he felt the Lord call him to go talk to the man and see what help he could offer.

“I stayed over here and prayed for 15 minutes when I first got here, and then my son says, ‘Look over there, Dad. There’s a cross right behind him,'” Jewell said.

His son pointed to a giant cross that sits next to the billboard, usually illuminated during the holiday season.

“I just started talking to him, and I told him there was more to life than what he was doing and that God loved him,” Jewell explained. “He looked at me, and I told him to throw me his cigarettes; he threw me those, I said, ‘Throw me that rope’; he threw me that rope, and I said, ‘Now get down from there.’ I said, ‘They’re going to help you.’ He headed down. Simple. It’s crazy.”

Bystander Trei Jackson expressed concern that the man would jump as Jewell urged onlookers to pray.

“And as a whole, as Oklahoma, we ought to just pray for this man’s safety and that we can find him the help he needs, cause obviously, he needed something,” he said.

News Channel 8 interviewed both Jackson and Jewell on the scene. Tulsa police officer Andre Baul said authorities spoke with the distressed man for an hour, but only until Jewell came were they successful in rescuing him.

According to News on 6, the man had climbed up the sign around 9 a.m. Tuesday, June 15, because of worry over legal issues. “He was scared about the future, about what he was going to be facing once he came down,” Baul said.

Jewell expressed his thanks that the man was safe and he was able to help.

“Looking at it from my perspective and his loved ones’, no matter who he is or what’s going on in life, there’s always tomorrow; there’s a brighter day ahead of us,” Jewell said.

Tulsa police confirmed the man was taken to a nearby hospital for medical treatment, though his condition was unknown.

Jewell said this event is proof that statewide action is needed to provide better resources for struggling individuals.